Home
Market
UK tobacco stocks rise after U.S. e-cig ban seen not as severe
Prev Article Next Article
This post was originally published on this sitehttps://i-invdn-com.akamaized.net/trkd-images/LYNXMPEG020JV_L.jpg 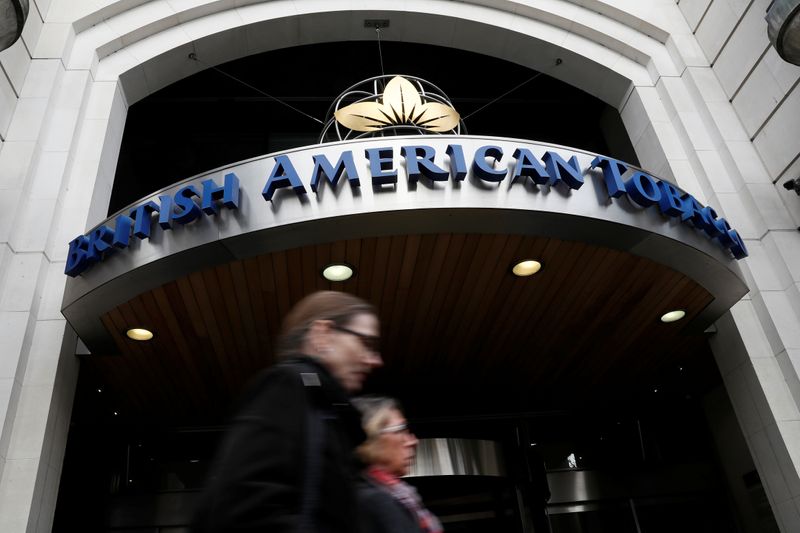 (Reuters) – Shares of British American Tobacco (L:) and Imperial Brands Plc (L:) rose on Friday after the U.S. health regulator exempted menthol and tobacco from a list of popular e-cigarette flavors that it banned under its new guidelines.

BAT and Imperial Brands rose between 1% and 2% in morning trading and were among a handful of gainers on a day most stocks on the wider FTSE 100 index () were hammered by heightened tensions in the Middle East.

The U.S. Food and Drug Administration on Thursday said e-cigarette makers will be banned from selling pod-based e-cigarette flavors, including fruit, dessert and mint, in the United States from February.

Public health advocates criticized the new guidelines, saying they were not stringent enough and that users will still be attracted to the exempted flavors.

The ban was seen as a watered down version from the one U.S. President Donald Trump had proposed in September, when he threatened to remove all e-cigarette flavors from shelves to curb a teenage vaping epidemic.

Fears of an outright ban led BAT and Imperial to lower their growth forecasts for their vaping businesses last year.

“Following a significant period of disruption and uncertainty, this regulatory clarity is a welcome step towards returning the U.S. vapor market to stability,” BAT, the maker of Lucky Strike, Dunhill and Vuse e-cigarettes, said on Friday.

Brokerage Jefferies said that while vaping sales would take a near-term hit from the move, the overall financial impact for BAT and Imperial would be minimal as most users would switch to menthol or tobacco, or even higher-margin traditional tobacco products.

“We are actually bullish on implications of this final guidance,” the brokerage wrote in a note.

Imperial Brands, which sells Blu e-cigarettes in the United States, was not immediately available to comment on the FDA’s move.