Home
Market
Tuna sells for $1.8 million in first Tokyo auction of 2020, second highest ever
Prev Article Next Article
This post was originally published on this sitehttps://i-invdn-com.akamaized.net/trkd-images/LYNXMPEG0403Q_L.jpg 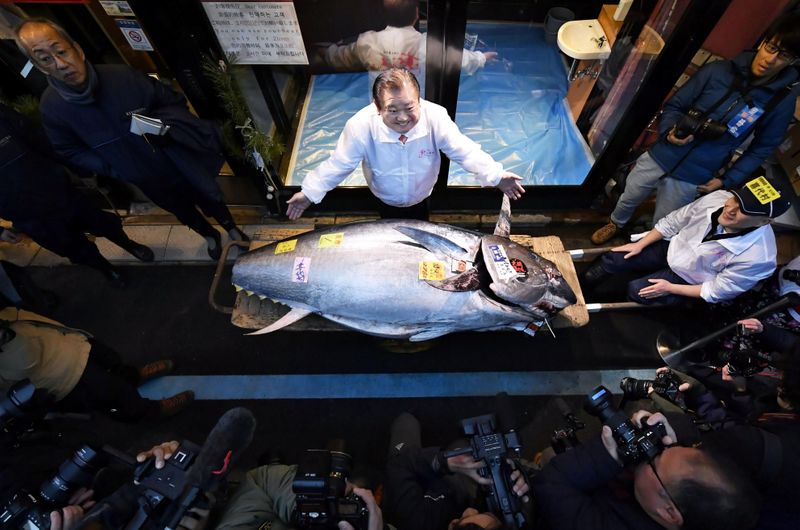 The tuna was caught off northern Aomori Prefecture and weighed 276 kilograms (608 lbs), according to NHK, which translates into a price of about 700,000 yen per kilogram.

The successful bidder was Kiyoshi Kimura, the head of the company that runs sushi restaurant chain “Sushizanmai,” NHK said.

Last year Kimura paid a record 333.6 million yen for a tuna at the auction, exceeding his previous record price in 2013.