Home
Stocks
The Fed: Fed has ‘reasonable chance’ of achieving a soft landing despite upturn in geopolitical risk, Bullard says
Prev Article Next Article
This post was originally published on this site 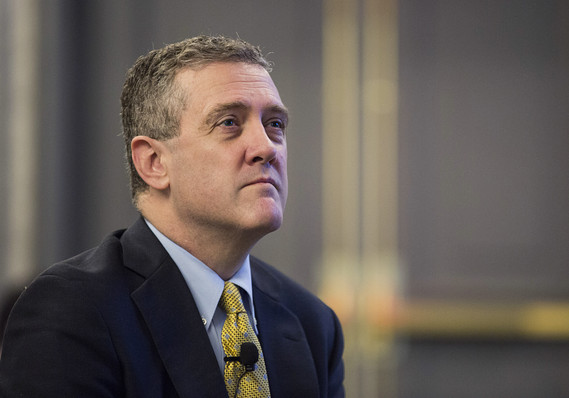 St. Louis Fed President James Bullard was one of the first U.S. central bankers to call for the Fed to shift to interest-rate cuts from planned hikes last year.

The Federal Reserve has a “reasonable chance” of achieving a soft landing for the U.S. economy this year, despite the renewed tension in the Middle East, St. Louis Fed President James Bullard said Thursday.

A soft landing is when the economy slows to its trend growth rate without collapsing.

For the U.S., where growth was at a pace exceeding 3% on an annual basis during the middle of 2018, a soft landing likely means a return to a growth rate near 2%.

The Fed saw signs that the economy was slowing last year and shifted course, eventually cutting its benchmark policy rate by a quarter-percentage point at three successive meetings.

Bullard said it is easy to underestimate the size of this move until one recognizes that the Fed had initially planned to raise rates last year. So the magnitude of the change is bigger.

“The bottom line is that U.S. monetary policy is considerably more accommodative today than it was as of late 2018,” Bullard said, in a speech to the Wisconsin Bankers Association in Madison, Wis.

While geopolitical risk is elevated, oil shocks may be “neutral on net” for the U.S. economy, not the negative drag they were in much of the post-World War II era, he said.

Lower oil intensity (which measures the cost of converting energy into GDP) and higher domestic production probably mean that oil price shocks don’t have the same effect they once may have for the U.S. economy, he said.

Fed officials are signaling they intend to hold rates steady until there is a good reason to move. Richard Clarida, the central bank’s number two, said earlier Thursday that the economy was in a “good place.”