Home
Stocks
The Ratings Game: Bed Bath & Beyond has so many ways it can improve, analysts can’t help but be bullish
Prev Article Next Article
This post was originally published on this site 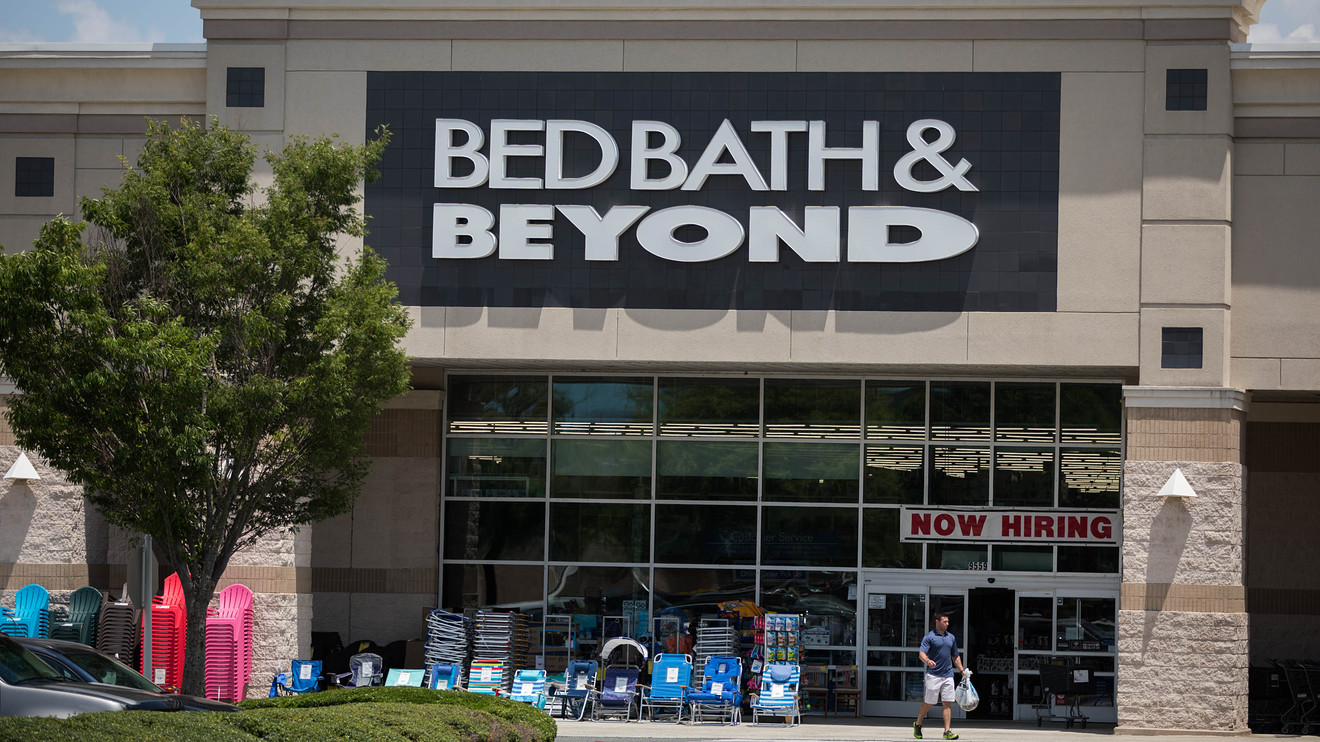 Bed Bath & Beyond Inc. didn’t give analysts too many reasons to be upbeat after reporting a third-quarter loss, revenue miss and pulling its guidance.

But analysts say there are so many ways the home goods retailer can improve, the only way is up from here.

Former Target Corp. TGT, +0.00%   executive Mark Tritton made his debut on the earnings call as Bed Bath & Beyond chief executive, and while he didn’t offer specifics, he outlined some places where the company is looking for improvement.

See: As Amazon races to deliver in a day, Target drives digital customers to stores

Bed Bath & Beyond BBBY, -18.02%   also recently announced a major shakeup in the executive ranks. And on Monday, the company announced a $250 million real estate sale-leaseback transaction.

“While Bed Bath & Beyond is facing near-term challenges, we expect the new board and management team to find assets to monetize (like property), non-core businesses to sell (most likely Personalization Mall and/or World Market), costs to cut in the hundreds of millions of dollars), and merchandising and sourcing opportunities(in the hundreds of basis points),” wrote KeyBanc Capital Markets analysts led by Bradley Thomas.

An increasing number of companies are choosing to lease rather than own their real estate because it’s cheaper, according to Chris Burbach, sponsor to the NetLease Corporate Real Estate ETF NETL, +0.32%  .

“By choosing to lease the real estate they sold, Bed Bath & Beyond has done the right thing for shareholders by unlocking capital that can be more efficiently put to work in much needed-growth initiatives, or if those don’t exist, give it back to shareholders,” he said.

Read: Bed Bath & Beyond shares soar after restructuring, but it might mean trouble for the holiday season

Tritton listed five areas for the company to focus on during the earnings call, including price and product, but KeyBanc warns that competition is intense.

“Ultimately, however, in the near-term and mid-term, we see more reasons for incremental enthusiasm in the business than downside,” analysts said.

KeyBanc rates Bed Bath & Beyond overweight with an $18 price target.

“The transformation will be neither easy nor linear, but we believe the company has a better chance of success than most given its venerable new leadership (with more executive hires to come), board support and engagement, strong cash flow and a solid balance sheet,” wrote Wedbush analysts led by Seth Basham.

There was also some good news to report from the most recent quarter.

“Moreover, the company reported +7.1% comps for the Thanksgiving to Cyber Monday holiday period, further indicating it has the potential to drive traffic and sales growth in the future,” Wedbush said.

Bed Bath & Beyond has an average hold rating and average $15.10 price target, according to 20 analysts polled by FactSet.

“Q3 is not a reflection of new leadership, and on its own, it does not change the opportunity ahead to address these issues,” analysts said. “But, it points to how difficult it may be as EBITDA continues on its sharp downward trajectory, with a major transition period ahead.”

That EBITDA decline will also impact the company’s ability to make the investments that these new corporate pillar require, Credit Suisse added.

Credit Suisse rates Bed Bath & Beyond stock neutral with an $11 price target, down from $14.