Home
Market
Goldman Readies a Hiring Spree and Capital to Meet Its China Ambitions
Prev Article Next Article
This post was originally published on this sitehttps://i-invdn-com.akamaized.net/content/picf22e2c930067c0ac229fb8d2f178cff1.jpg 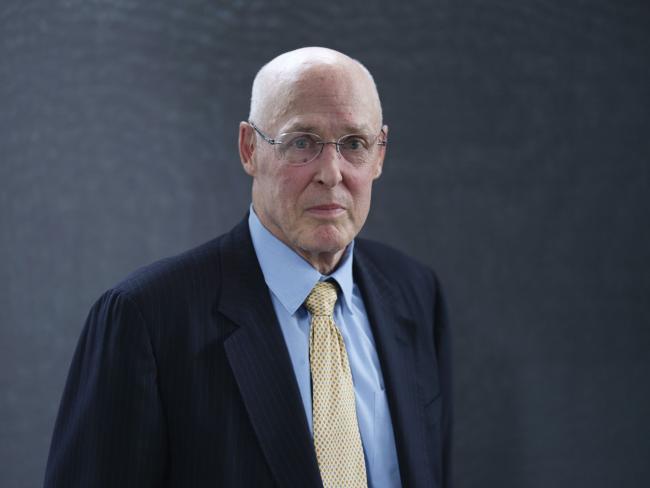 (Bloomberg) — Sign up for Next China, a weekly email on where the nation stands now and where it’s going next.

The news swept through Goldman’s offices around China, changing everything.

On a Friday afternoon in late 2017, an official in Beijing announced that the world’s most populous nation would let Wall Street banks expand across its markets. Goldman had spent more than a decade waiting in frustration for that chance. Regional bosses including James Paradise and Todd Leland urgently worked the phones, pinning down details to inform headquarters in New York.

Since then, Goldman Sachs Group Inc (NYSE:). has spoken publicly only in broad strokes about its strategy for China as the gates come down this year. But inside the firm, a massive effort is taking shape. Three months ago, a team of executives presented a five-year plan for China to the board, calling for the bank to take control of a joint venture it set up with a Chinese securities firm in 2004. Infused with hundreds of millions of dollars in new capital, the unit would embark on a hiring spree to double its workforce to 600 and ramp up a wide variety of businesses.

The strategy — described by senior Goldman executives and others familiar with the plan — shows how Chief Executive Officer David Solomon and President John Waldron are taking up the mantle once carried by former CEO Hank Paulson, betting China will finally make the world’s second-largest economy a more level playing field for foreign investment banks. Last year, they traveled to China seven times to meet senior officials, laying the groundwork. Another round of visits is set for 2020.

“We’re increasingly optimistic that we’re going to have the opportunity to actually move more in the right direction, maybe even faster than we thought,” Waldron said in an interview last week. “If you’re going to have a successful business in China, you need to have an appropriate relationship with the government because so much happening in China relates to the government.”

Global investment banks have been stymied from expanding in China amid its economic rise this century. Its laws required foreign firms do local securities business through joint ventures with Chinese partners, who kept controlling stakes. That put U.S. and European firms in the uncomfortable position of risking their capital without the final say on strategy or deals.

Now, a growing number of banks are seeking permission to take over those entities. Goldman applied in August to increase its stake in Goldman Sachs Gao Hua Securities Co. to 51% from 33%. Internally, executives talk about owning the entire business as soon as possible.

China is opening at a key moment for Goldman, offering the bank another frontier as it faces mounting pressure to find ways to boost revenue. Analysts estimate the bank will confirm this week that revenue fell in 2019. It’s expected to brief investors on its broader strategy in coming weeks.

Still, its plan to ambitiously ramp up the venture is striking after a decade in which top executives said they didn’t want to “overinvest” in winning investment banking mandates from China amid its restrictions. In that time, JPMorgan Chase (NYSE:) & Co. and UBS Group Inc. both established a larger presence than Goldman inside the country.

Goldman intends to add to its advisory, markets and merchant banking operations on the mainland. And in a twist, its executives are especially excited about what Waldron calls the potential for “gigantic” growth in its nascent business of tending wealth there. “The biggest opportunity in China is actually not in investment banking,” he said. “The biggest opportunity in China is to be an asset manager for all the savings.”

It would be understandable if the bank were less enthusiastic about expanding in China, given how long it’s waited.

As the country’s economy took off in the 1990s, Goldman was among global banks that seized the opportunity, reaping fees by advising government-backed entities on billions of dollars of stock listings. A decade later, the bank made another bundle as China desperately sought to recapitalize its lenders. By 2006, Paulson arranged what was then Goldman’s biggest-ever principal bet — a $2.58 billion investment in Industrial & Commercial Bank of China Ltd. that produced an estimated $12 billion in dividends and proceeds by the time the firm unloaded it in 2013.

But hopes of running a wholly owned securities division inside China kept getting thwarted.

Paulson made at least 70 trips to China as the firm’s leader, for a time becoming the most famous foreigner there who wasn’t either a head of state or pop star. When he set up the bank’s joint venture with Beijing Gao Hua Securities in 2004, he declared the company was entering “an exciting new chapter.”

But not too long after Paulson stepped down in 2006, cracks started forming in markets that led to a global credit crisis in 2008. Goldman’s star in China faded and officials became highly skeptical of all foreign banks’ practices, products and advice, people familiar with their thinking said.

Paulson’s successor, Lloyd Blankfein, didn’t travel to China as often. Instead, he spent much of his tenure guiding the firm through the fallout of the crisis, adjusting strategy for an era of stiffer regulation and capital requirements. While Blankfein publicly proclaimed this as China’s century, he and other bank chiefs struggled to persuade reluctant Beijing officials to open their market. After the government took some steps, its suspicions of banks such as Goldman flared anew in 2015 when the nation’s stock market swooned. The expansion Paulson sought to set up for Blankfein never materialized.

The result is that Goldman has booked relatively paltry profits onshore, instead focusing mainly on helping Chinese clients tap markets abroad. Inside China, the bank’s best year was 2015, when it generated roughly $120 million in revenue from investment banking, asset management and brokerage operations with its Chinese partner, according to filings by Gao Hua Securities Co. Its onshore revenue in 2018 equates to far less than 1% of what the country’s entire securities industry generated that year.

Blankfein happened to be in Beijing with President Donald Trump in November 2017 as China prepared to make its surprise declaration about opening its market for financial firms. Somewhat famously, Trump didn’t know it was coming. Blankfein boarded a plane before the announcement, and if he knew about it, he didn’t let on. Inside Goldman, executives who had worked directly with the government and suspected something was afoot were caught off guard.

“There was an instant reaction internally,” Paradise recalled in an interview, snapping his fingers. He and Leland oversee Goldman’s businesses in the Asia-Pacific region except for Japan. “And the first people to see and read that news were people in this time zone.”

Banks such as Goldman are hoping that breakthrough will be followed by a regulatory and legal framework in China that will let them sell more sophisticated products and services on the mainland, akin to what’s available in other parts of the world. Offering ways to hedge or diversify investments, for example, can be lucrative for securities firms, but it could also help make China’s capital markets more robust. The pace of Goldman’s expansion will depend on how that develops, Paradise said.

For years, Goldman had been lobbying the government and soliciting regulators’ thoughts on proposed products, Leland said. But the conversation has since reversed as officials show interest in giving Chinese companies access to more capital and financial tools. “Now, it’s them asking us: ‘Would you do this, could you do that?’” Leland said. “That encourages us to move quicker.”

The bank has been working with authorities to teach them about financial products not yet widely available in China, such as derivatives. The thinking is that young Chinese companies will need to shift from focusing solely on grabbing market share to generating reliable profits to attract foreign shareholders. And for that, they will need to hedge risks.

Should China continue its reform pace, Goldman estimates its private bankers will be able to grow the assets they manage at an average percentage rate in the mid-teens over the next five years, which would potentially double onshore revenue, according to Ron Lee, Asia Pacific head of investment management. “If we add bankers, and there’s a growth rate, we can grow even faster,” he said. “We’re looking to do both.”

Once it gains control, the bank will rebrand its wealth business to feature only its own name, rather than including Gao Hua. It also plans to expand its footprint outside of Beijing and Shanghai to the surging metropolis of Shenzhen, home to legions of factories and more than 20 million people. The firm is already interviewing bankers and finding office space there, Lee said. Yet there are limits to how quickly it can add private bankers.

“The reality is we’re finding that because the wealth management landscape is relatively nascent in China, the talent pool is relatively limited, so we have to be a little more patient,” Lee said. “We’re looking for a high, but steady, growth rate.”