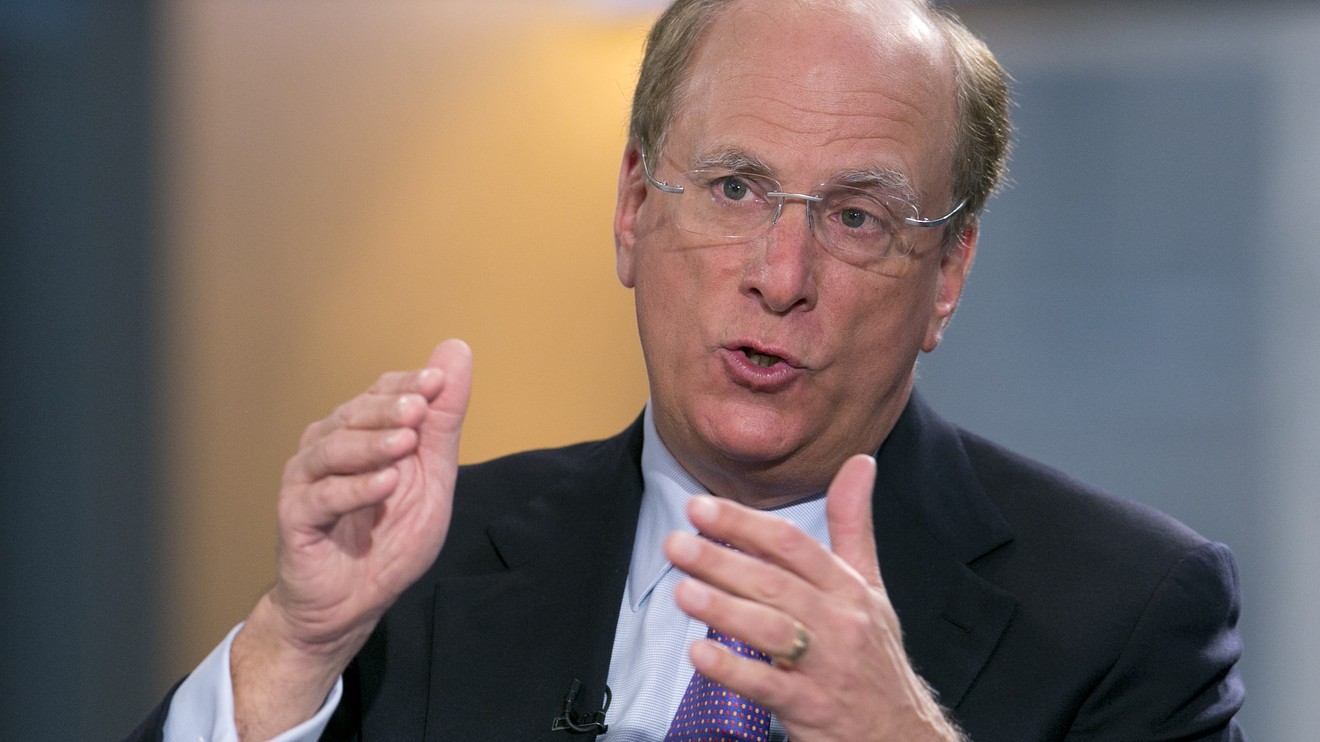 BlackRock’s Larry Fink may believe that greater demand for sustainable investing leaves Wall Street “on the edge of a fundamental reshaping of finance,” but advocates say it’s a hollow prediction absent bigger moves by the world’s largest fund firm to unwind its fossil-fuel exposure.

Sooner rather than later, sustainable investments that take into account climate change will deliver better returns, Fink, the chairman and CEO, predicted in his annual letter to chief executives released Tuesday.

“Larry Fink has always had a large megaphone and his pronouncements on climate have been important, [but] we need to see action from BlackRock — from supporting climate-related shareholder proposals, to offering fossil-free options in 401(k) funds, to ensuring wide access to, and promotion of, passive funds that tilt away from fossil fuel-based energy,” said Danielle Fugere, president and chief counsel of As You Sow, a nonprofit shareholder advocacy firm focused on environmental issues and social corporate responsibility.

Fink’s latest rhetoric dials up earlier climate commentary from the weighty Wall Street influencer and accompanies a BlackRock move to leave coal behind. BlackRock BLK, -0.82%   pledged just last week to join other notable investing firms in pressuring oil giants and other big industrial and consumer firms to be more mindful of their impact, although only through voluntary commitments.

Read: Why BlackRock’s Larry Fink warns climate change is on the edge of reshaping finance

“In the near future — and sooner than most anticipate — there will be a significant reallocation of capital” driven by climate factors, said Fink, the founder of the firm that now manages some $6.8 trillion in assets. He delivered the comments against a backdrop of climate change-aggravated bushfires ravaging Australia and as the world’s financial power brokers hold their 50th annual World Economic Forum at Davos next week.

Of that nearly $7 trillion managed across mutual funds, exchange-traded funds, index-tracking funds and elsewhere, some $87 billion can still be linked to fossil fuels through late last year, according to data from Influence Map and ProxyInsight, first reported in an analysis from the Guardian.

BlackRock isn’t alone, of course. The other two largest fund firms, Vanguard, with roughly $161 billion in fossil-fuel exposure, and State Street STT, -0.71%  , at $38 billion, according to the Influence Map and ProxyInsight data, are under the watch of environmental investing groups, too.

Eight of the 10 biggest U.S. funds claiming a “sustainable” focus remain invested to varying degrees in oil-and-gas companies, according to a Wall Street Journal review of the funds’ public disclosures. Exiting the stocks of gun makers, for instance, has been a fairly simple move; splitting with oil hasn’t. That’s in large part because the volatility of energy shares can bring big potential stock-performance upside, particularly when the economy is expanding.

BlackRock’s robust lineup of iShares ETFs, for instance, can include environmental, social and governance (ESG) pledges in fund prospectuses, yet keep oil stocks in the mix. The iShares ESG MSCI USA ESGU, -0.11%  counts Chevron Corp. CVX, -0.33%  and Exxon Mobil Corp. XOM, -0.85%  among its holdings. Chevron stock is up 3% over the past year, though down to start 2020; Exxon has lost about 1.1% over the past year, down nearly 4% in the early days of 2020.

“It is positive to hear BlackRock make a clear statement on divestment of coal. However, we do not see the same rhetoric about oil and gas or the banks that fund continued extraction of fossil fuels,” said Andrew Behar, a senior executive and strategist, also with As You Sow.

“Let’s see if their ESG funds are actually fossil free, including no coal-fired utilities, and if BlackRock votes their shares in support of Paris compliance and net-zero shareholder resolutions,” Behar added. “We are hopeful that BlackRock takes action and that this drives competitors like Vanguard, State Street and TIAA to follow. We will hold Mr. Fink to his words to reshape finance to deal with climate change.”

But investor pressure may only pick up as they increasingly put money behind their social-investing convictions. Investments in funds focused on socially responsible investing grew to $17.67 billion as of November, a jump from $2.83 billion in 2015, according to Morningstar, which last year updated the screen it uses to rank funds’ sustainability rating. ESG covers everything from a company’s carbon footprint to board diversity.

Read: Here’s what you need to know about the $12 trillion ESG investment world

Leading fund firms, including BlackRock, aren’t yet using their full heft to influence the companies they invest in at shareholder proxy time, at least not on par with investor demands for environmental and socially minded behavior.

Jackie Cook, director of sustainability stewardship research for Morningstar, said in a recent commentary that 14 fund groups expanded their support for ESG-related shareholder resolutions in 2019 by more than 20 percentage points over their respective previous four-year averages, most notably, American Century, Eaton Vance and Fidelity’s index funds, managed by Geode.

“Given the volume of votes they control, their opposition to ESG shareholder initiatives significantly lowers overall support, despite the trend of increasing asset manager votes in favor of these resolutions,” said Cook. For example, a resolution voted at Chevron asked the company to disclose plans to reduce its carbon footprint in line with the Paris Climate Agreement. The ballot initiative earned 33% support from shareholders. Had Chevron’s largest three institutional holders — BlackRock, Vanguard and State Street — supported the measure, it would have passed with majority support.

The fund firms have said they regularly engage with companies on shareholders’ behalf and that proxy voting isn’t the only way to exact change. For instance, BlackRock, Vanguard and State Street are supporters of the Task Force on Climate-related Financial Disclosures, a voluntary scheme chaired by presidential candidate Michael Bloomberg to improve information.

Plus, the recognition that Fink can bring is key to moving all of Wall Street ahead, some advocates believe. Fink’s assertion that sustainable funds are the building blocks for all portfolios implies a potential “step change in the mainstreaming of sustainable investing and large movement in capital allocations,” said Mindy Lubber at Ceres, another long-established nonprofit behind the investor push for climate change.

BlackRock, which has been a member of the Ceres Investor Network since 2008, joined Climate Action 100+ last week, pledging with fellow signatories to accelerate voluntary engagement with the world’s largest corporate emitters across all sectors to reduce emissions, improve governance and increase climate-related financial disclosures. The membership of the group, which includes pension giant CalPERS and HSBC Global Asset Management, accounts for $41 trillion in combined assets.