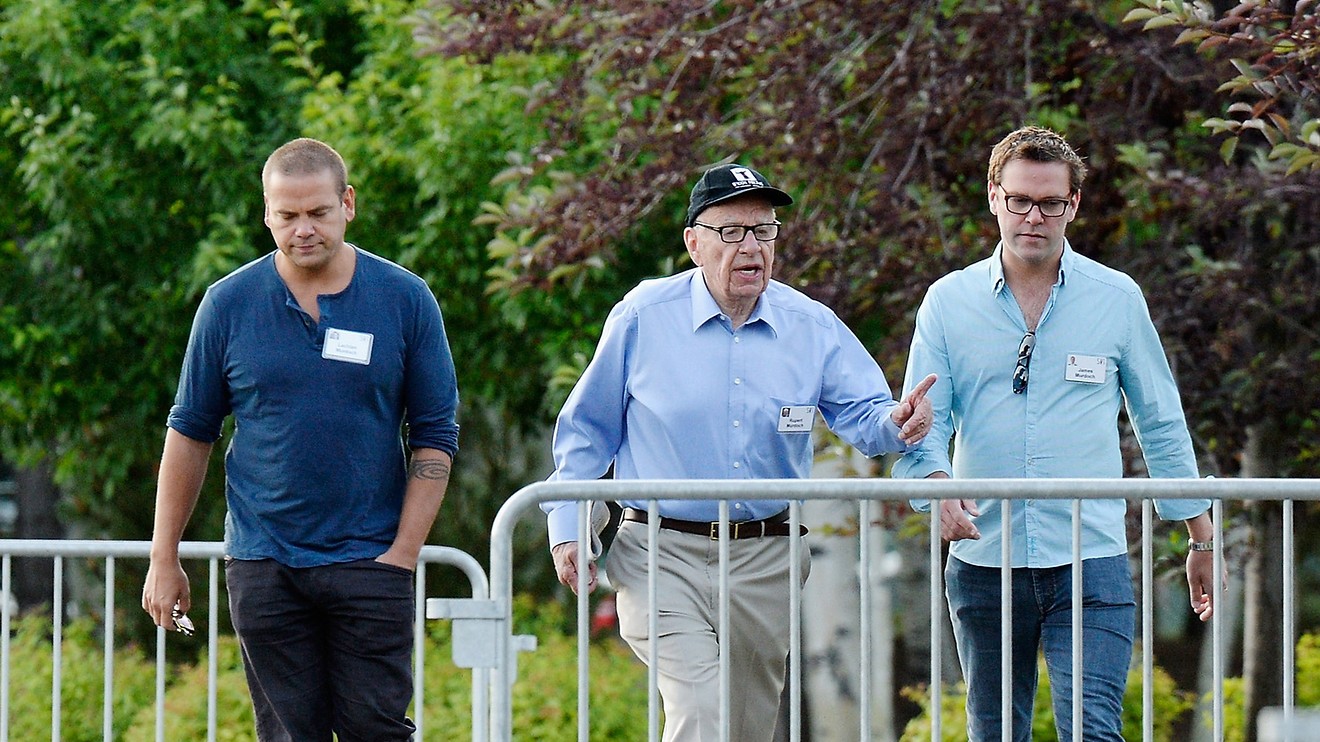 Could tension among the Murdochs burn as hot as the deadly Australian bushfires, exposing the rift over man-made climate change within the powerful media family?

James Murdoch, the youngest son of News Corp founder Rupert Murdoch, and his activist wife Kathryn have been critical of what they believe is climate-change denial within fire coverage and commentary in the Australian newspapers and global outlets owned by the media empire. That reportedly includes the Fox News Channel overseen by James’s older brother, Lachlan. Their latest frustration was reported by the Daily Beast, which cited a statement on behalf of the couple.

‘Kathryn and James’ views on climate are well established and their frustration with some of the News Corp and Fox coverage of the topic is also well known. They are particularly disappointed with the ongoing denial among the news outlets in Australia given obvious evidence to the contrary.’

Murdoch’s News Corp owns a large slice of Australia’s media and has been criticized by some for coverage that suggested the fires are no worse than other historical blazes, stressing that arsonists are culpable, and, according to the critics, downplaying what scientists have said are man-made climate-change influences that intensify the fires. The fires have claimed at least 27 lives and ruined thousands of properties, while shattering habitats, with an estimated 1 billion animals feared dead. Some progress has been made against the weeks-long wildfires in recent days, thanks to cooler weather and calmer winds.

Australian Prime Minister Scott Morrison, who has also downplayed the fires’ connection to climate change, has been largely supported by Murdoch papers in Australia. Most of the publications endorsed Morrison in the last election.

As one columnist, Chris Kenny, wrote in the Australian: “Hysterical efforts to blame the fires on climate change continue, even though we have always faced this threat and always will.” And on Jan. 6 on Fox News, contributor Raymond Arroyo appeared on the commentary program “The Ingraham Angle,” saying of Golden Globes winners warning about climate risks: “They just arrested 12 people in Australia for those fires and they were blaming it on climate change. Wrong again!”

Lachlan Murdoch and his wife, Sarah, had pledged $1.4 million (A$2 million) to bushfire recovery efforts.

Earlier this week, News Corp announced that it will donate $3.5 million (A$5 million) to relief efforts. Rupert, whose net worth is estimated by Bloomberg News to top $7 billion, and his wife, Jerry Hall, personally pledged $1.4 million (A$2 million).

After 21st Century Fox assets were sold to Disney DIS, +0.92% for $71 billion last year, James Murdoch used his $2 billion windfall to found Lupa Systems, a tech and media investment company, with stakes in Vice Media, among other outlets.

Last year he told the New Yorker that “[t]here are views I really disagree with on Fox.”

Rupert Murdoch was asked about climate change at News Corp’s annual general meeting in New York in November, with a questioner asking, “[I]f you do believe in climate change … why [does] News Corp gives climate deniers like Andrew Bolt and Terry McCrann so much airtime in Australia?”

“There are no climate-change deniers around, I can assure you,” the elder Murdoch replied, saying the company had “reduced our global carbon footprint by 25%, six years ahead of schedule.”