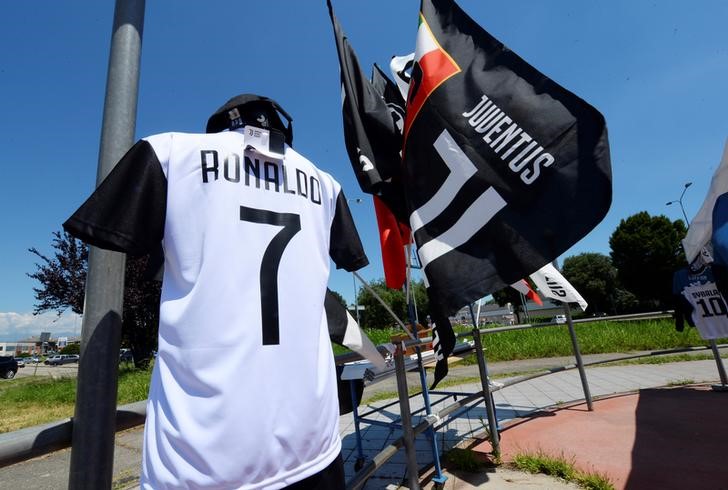 The Portuguese striker signed a four-year deal in 2018 at a reported annual salary of 30 million euros ($33 million). Italian media have suggested in recent weeks that the club is considering offering the 34-year-old a one-year extension.

Juventus could stop making a loss on an adjusted basis by 2023 if the high-spending team gets its transfer outlay under control, while making better use of its academy players, Marco Baccaglio, an analyst at French brokerage Kepler Cheuvreux SA, said in a report to clients. He started coverage on the shares with a hold rating and a price target of 1.30 euros.

While Juventus paid no fee to London’s Arsenal F.C. for Welshman Aaron Ramsey when his contract expired last season, the midfielder is receiving a reported 400,000 pounds a week, making him the highest-earning British player ever, based on basic salary, according to the BBC.

“The strategy is proving particularly demanding, both in terms of costs and investments,” Kepler’s Baccaglio wrote. On the other hand, improvements to the club’s roster are triggering revenue growth that is “far from over.”

Core revenue could grow by 30% annually once current athletic performance, social media relevance, and team value are reflected in fundamentals, he said.

Juventus shares slipped as much as 1.1% on Thursday, despite the club progressing to the quarter finals of the Italian domestic knock-out tournament, Coppa Italia, on Wednesday, with a 4-0 victory over Udinese. Ronaldo didn’t feature after suffering from sinusitis, the club said on Twitter.