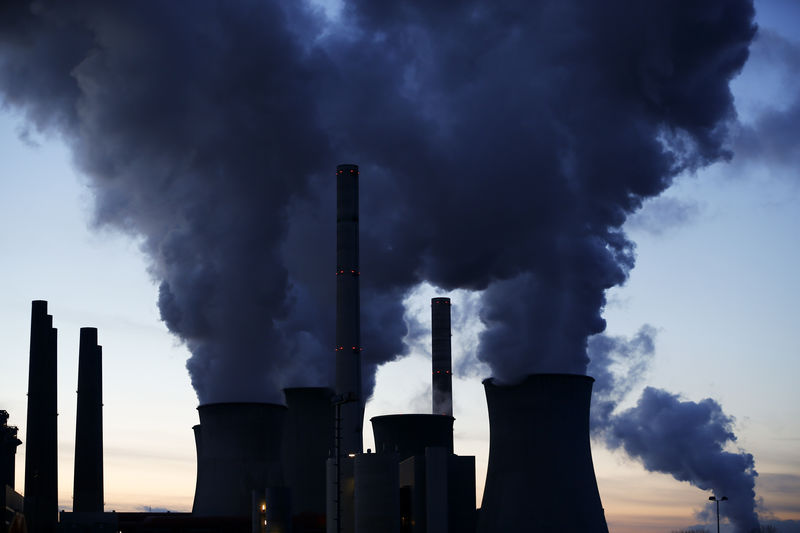 Investing.com — Germany is finally getting serious about giving up coal – and the companies that burn it are doing very nicely out of it, thank you.

RWE, the biggest generator of coal-fired electricity in the country, hit its highest level since September 2014 on Thursday on reports that it will get as much as 2.6 billion euros in compensation to close down its last coal plants, around 600 million euros more than had previously been mooted.

The reports, which have not yet been officially confirmed, follow a breakthrough agreement at the political level overnight on Wednesday, where Federal Chancellor Angela Merkel agreed a 40 billion euro ($45 billion) aid package with the premiers of four states where coal mining is still a large part of the local economy.

The political agreement is another step on a painfully long and winding road to reinvention for RWE, a product of Germany’s confused response to Climate Change. Merkel effectively committed Germany to generating coal power for another 30 years when she accelerated the closure of the country’s nuclear plants in the wake of the Fukushima disaster in 2011. By contrast, the U.K., which has allowed its nuclear plants to run to the end of their natural lives, has all-but completely weaned itself off the energy source that produces more greenhouse gases than any other.

The political agreement struck last night brings forward the scheduled date for exiting coal – the catchily-named Kohleausstieg – to as early as 2035. The compensation, if confirmed, will remove further uncertainty from RWE’s financial outlook and smooth the path for it to unlock more value for shareholders by spinning off its substantial renewable assets into a separate company. That’s if it can stomach more restructuring after a complex asset swap with rival E.ON (DE:) over the last two years.

Goldman Sachs (NYSE:) analysts noted last week that RWE, which is already Europe’s third-largest generator of renewable power, could become a takeover target, given the attractiveness of its renewable assets and its cheap current valuation (its enterprise value is only seven times EBITDA, compared to around 14 for Danish wind farm operator Oersted (CSE:). The shares have tripled from their low point in 2016 but are still worth only one-third of their pre-crisis peak.

It would be unlikely for Germany to smile on a foreign takeover of RWE, given its strategic importance to the economy and its roots in local energy supply. But with asset management Blackrock (NYSE:) earlier this week predicting a “profound” reallocation of global capital driven by sustainability and Climate Change concerns, the potential for a strong tailwind for RWE shares is certainly there.