Home
Stocks
The Wall Street Journal: Supreme Court to weigh whether Electoral College members can vote for a candidate who didn’t win state’s popular vote
Prev Article Next Article
This post was originally published on this site

WASHINGTON — The Supreme Court has agreed to take a rare look at rules for electing U.S. presidents, saying it will decide whether a state’s appointed presidential electors can vote in the Electoral College for a candidate who didn’t win the state’s popular vote.

The court’s eventual decision could have ramifications for razor-thin presidential elections if enough members of the Electoral College seek to break rank and cast ballots that depart from the will of the voters.

Supreme Court’s ruling could impact the viability of a plan advocated by the National Popular Vote movement to get all states to enact measures requiring electors to vote for the winner of the national popular vote.

The high court said it would hear a pair of cases from Colorado and Washington where state law requires presidential electors to vote for the presidential candidate that won the statewide vote. 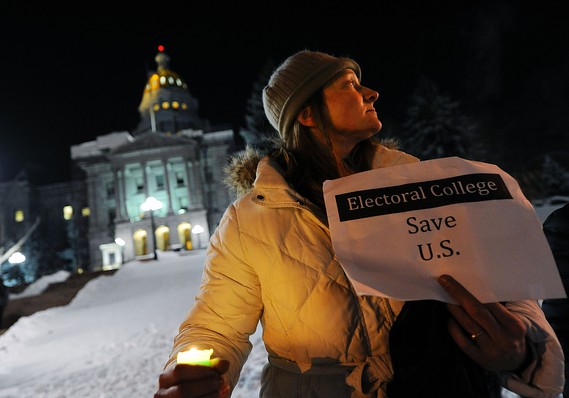 A participant in a candlelight vigil outside the Colorado Capitol building in Denver on the eve of the Electoral College vote on Dec. 18, 2016.

In the 2016 election, one Colorado elector was replaced when he cast a vote for Ohio Republican John Kasich instead of Hillary Clinton, the Democratic presidential nominee who carried the state.

An expanded version of this report appeared at WSJ.com.

The hottest player in college basketball is named Sabrina