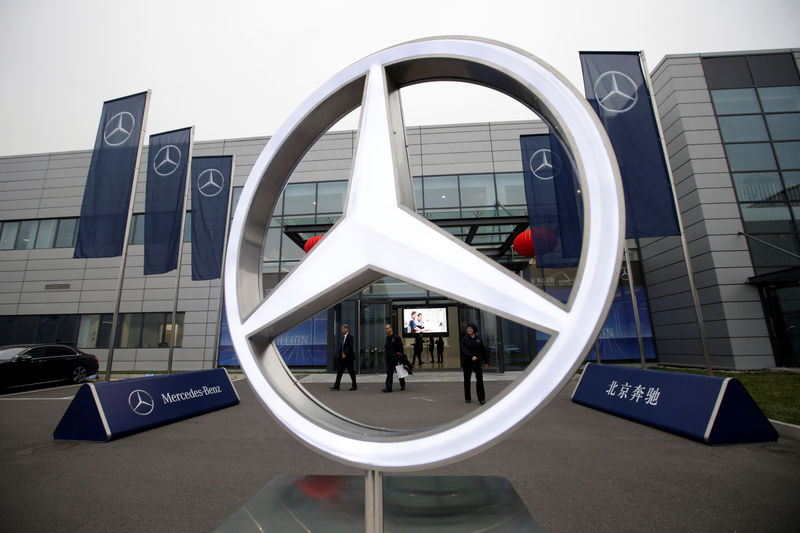 Investing.com — The Diesel scandal refuses to relax its hold on Germany’s big carmakers.

Daimler, the maker of Mercedes-Benz, issued a third profit warning for 2019 as it unveiled preliminary results for the year on Wednesday, saying that litigation costs related to Dieselgate could be anywhere between 1.1 billion and 1.5 billion euros ($1.2 to $1.65 billion).

The news is further evidence of the German car sector’s troubles in moving beyond a disastrous bet on a technology that it boasted would help solve Europe’s greenhouse gas problems, but which only succeeded in massively increasing pollution, with untold negative effects on public health across the continent. Having led the world in engine technology for decades, Daimler and its rivals are now having to spend heavily to catch up in new, low-carbon alternatives.

Overall earnings before interest and taxes, Daimler’s preferred measure, fell by nearly half at the core car division to 3.7 billion euros. But while that was bad, problems have been far worse at the vans unit, which has suffered from the collapse in business confidence over the last 18 months.

Even without the new provisions, the division is expected to have lost 2.4 billion euros last year, after just breaking even in 2018. The existing forecast of a -15% to -17% return on sales, which includes a previously-announced 300 million euro restructuring charge, is now deemed too optimistic.

The Stuttgart-based company has also had to take a 300 million-euro charge against its YOUR NOW mobility unit, after ride-sharing ventures failed to grow as expected.

The company’s problems are still those that many others would like to have: it posted a ninth straight year of record sales in 2019, testimony to the global public’s enduring preference for powerful engines over environmental performance. That, combined with its historically strong margins, explains why it still commands a valuation of 13 times trailing earnings, while BMWG (DE:) and Volkswagen (DE:) limp along at under 10.

But Daimler stock is still down 35% over the last three years and shows little sign of a convincing rebound, given the uncertain but inevitably huge investment burden it will have to carry for the next few years.

Nor is there any end in sight to the uncertainty regarding the important U.S. market. President Donald Trump in an interview with CNBC revived the threat of tariffs against EU products (autos have always figured at the top of the list, given the EU’s huge sectoral surplus with the U.S.), if the EU doesn’t agree to a new “deal”. He didn’t specify what that would entail.

Elsewhere, Airbus (PA:) hit a new all-time high after reports that Boeing (NYSE:) had yet again pushed back its timeline for delivering its promised 737 MAX aircraft.