Home
Stocks
Economic Report: U.S. worker pay and benefits no longer growing faster despite unemployment at 50-year low
Prev Article Next Article
This post was originally published on this site 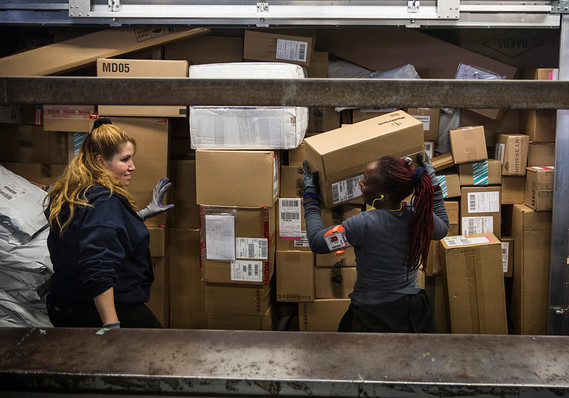 Workers sort packages at a FedEx global hub. Wages and benefits for American workers grew slower in 2019 despite the lowest unemployment rate in 50 years.

The numbers: The lowest unemployment rate in 50 years still isn’t leading to big increases in wages and benefits for American workers.

The closely followed employment cost index rose 0.7% in the fourth quarter, the Bureau of Labor Statistics said Friday. That matched the MarketWatch forecast.

Yet the increase in wages and benefits in 2019 slowed to a 2.7% pace from a post 2008 recession high of 2.9% in 2018. Other measures of pay and benefits also signal that the growth in compensation appears to have peaked. 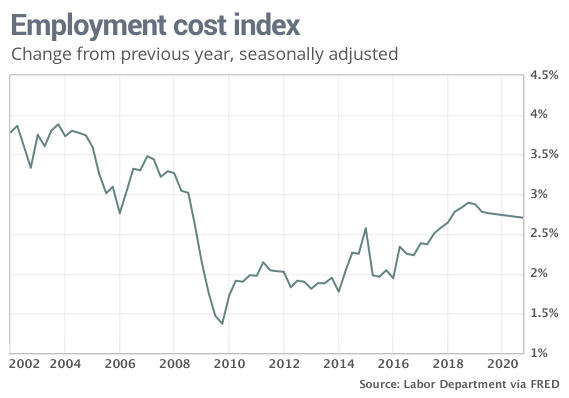 What happened: Wages rose 0.7% in the fourth quarter. They make up about 70% of employment costs. Benefits make up the rest of worker compensation. They increased 0.5%.

Similarly, the increase in benefits slowed to a 2.2% yearly rate from 2.8%.

The ECI reflects how much companies, governments and nonprofit institutions pay employees in wages and benefits.

Also: The Fed is keeping a close eye on the ‘serious’ coronavirus

Big picture: With worker pay no longer growing faster, households probably won’t be able to spend much more than they already do.

The result could be slower consumer spending in 2020 — and a slower U.S. economy. Consumers have fueled most of the growth during a record expansion now in its 11th year.

The strong labor market and steady consumer spending, however, likely preclude the possibility of recession any time soon.

Market reaction:The Dow Jones Industrial Average DJIA, +0.43% and S&P 500 SPX, +0.31% were set to open lower again in Friday trades. Stocks had been trading at records earlier in the month until the outbreak of the coronavirus in China.

The 10-year Treasury yield TMUBMUSD10Y, -2.44% slipped to 1.56%. Investors have sought the perceived safety of government bonds.