Home
Market
Day Ahead: Top 3 Things to Watch for Feb. 7
Prev Article Next Article
This post was originally published on this sitehttps://i-invdn-com.akamaized.net/news/LYNXMPEA7K0JK_M.jpg 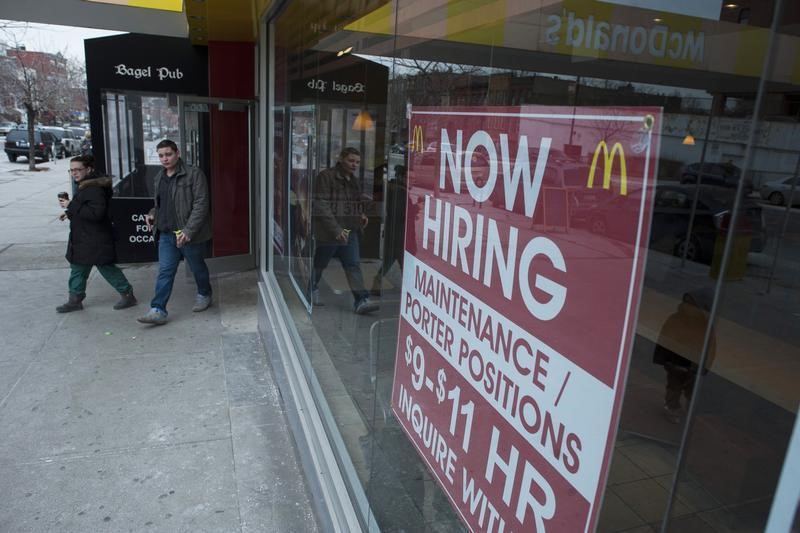 Investing.com – Here are three things that could rock the markets tomorrow.

The market will move past the earnings numbers tomorrow and concentrate on the payroll numbers as the latest government employment report arrives.

for the month are expected to have risen by 160,000, compared with a rise of 145,000 in December, according to economists’ forecasts compiled by Investing.com.

Health care, leisure and hospitality are expected to drive the month’s payroll gains, according to Diane Swonk, chief economist at Grant Thornton.

But the “big news will come in revisions affecting April 2018 to March 2019, from which we could see about 500,000 jobs disappear, along with other revisions through 2019,” Swonk said in a note this week. “Many of the losses appear to have fallen during the latter part of 2018 and the early part of 2019 but revisions are expected to suppress the annual totals for both 2018 and 2019.”

Winter clothing company Canada Goose (NYSE:) will release earnings before the bell tomorrow and should get some interest given the uncertainty around the stock.

The company is expected to report a of 81 cents per share on sales of about $340 million, according to analysts’ forecasts compiled by Investing.com.

The stock was under pressure given questions about impact on its Asia business due to the coronavirus and protests in Hong Kong.

But it’s been volatile enough to see a sharp jump when the company a “Goose Person.”

Sports fans will be keeping an eye on Madison Square (NYSE:) Garden (NYSE:) earnings with the New York Knicks still in disarray.

As the basketball team searches for a new president, owner James Dolan felt the need to issues a statement today saying he was not selling the team.

Cannabis stocks could be under pressure again tomorrow after another shakeup at the top for public company.

Shares of Aurora Cannabis (NYSE:) plunged 13% in after-hours trading after it announced CEO Terry Booth will be stepping down and it would be cutting 500 jobs.

It expects to report between $50 million and $54 million in net revenue for the three-month period, the company said Thursday. That’s well below the $61 million analysts polled by Investing.com were expecting.