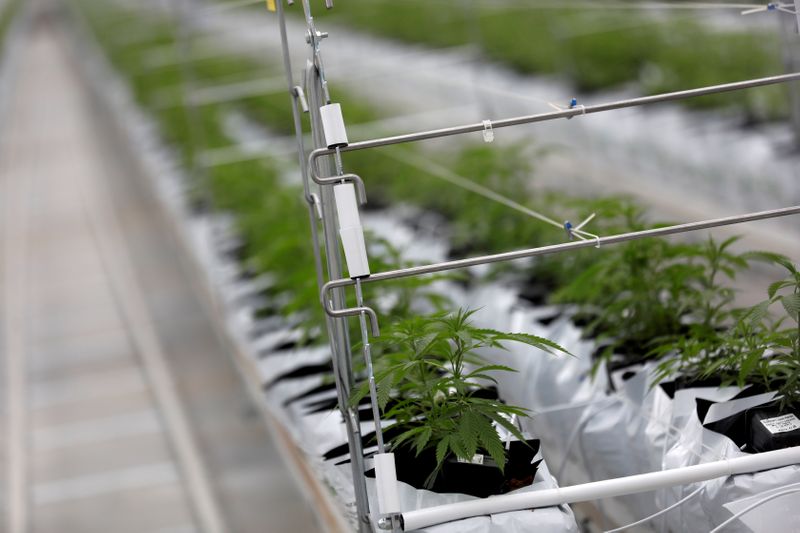 TORONTO (Reuters) – Investors are bracing for more job cuts and writedowns at Canadian cannabis producers before the industry stabilizes and becomes profitable, after two of the biggest weed companies, Aurora Cannabis (TO:) and Tilray (O:) announced cost reductions this week.

Canada legalized recreational cannabis in October 2018 but profits have proven elusive for most marijuana companies as fewer-than-expected retail stores, higher prices than on the black market and slow overseas growth resulted in oversupply.

“The Aurora story will be much more common in 2020,” said Hap Sneddon, founder and chief portfolio manager at Castlemoore. “I don’t see rationalization. I see companies leaving the business.”

Many producers, including Canopy Growth (TO:) (N:), Aurora, Tilray and Aphria (TO:) rapidly expanded at home and overseas as capital flooded into the industry before legalization.

Aurora announced a writedown on Thursday of as much as C$1 billion, 500 job cuts and the departure of its chief executive. Tilray said on Tuesday it cut 10% of its workforce, or about 140 jobs.

Lack of profitability is common in new industries, but a prolonged period of higher cash burn unnerves investors.

Aurora must almost quadruple quarterly sales to meet expenses and Tilray nearly double them, according to Reuters and Infor Financial calculations, based on their latest quarterly results, before they announced the cuts.

An Aurora spokeswoman said the company was making “aggressive changes” because its previous cost structure was “misaligned with the current market conditions”. The cuts and existing financing will cover costs until it sees profits, she said.

Tilray, which says it expects profits by the end of fiscal 2020, will bridge the gap with debt until then, a spokeswoman for that company said.

Short sellers made more than $60 million in paper profits on Friday from a fall in Aurora’s Canadian and U.S. shares, according to S3 Partners, a financial analytics firm. Aurora is the third most shorted pot stock tracked by S3 Partners, trailing Canopy and GW Pharma (O:).

While the sector could see some consolidation, the shareholder dilution from issuing new stock to fund deals could upset investors, said Bryden Teich, portfolio manager at Avenue Investment Management, which avoids cannabis stocks due to the challenges facing the industry.

Companies that have grown more slowly, such as Organigram Holdings (TO:), can better control costs, and those with big investors, like Canopy, have a cash cushion, said Neil Selfe, chief executive of investment bank Infor Financial.