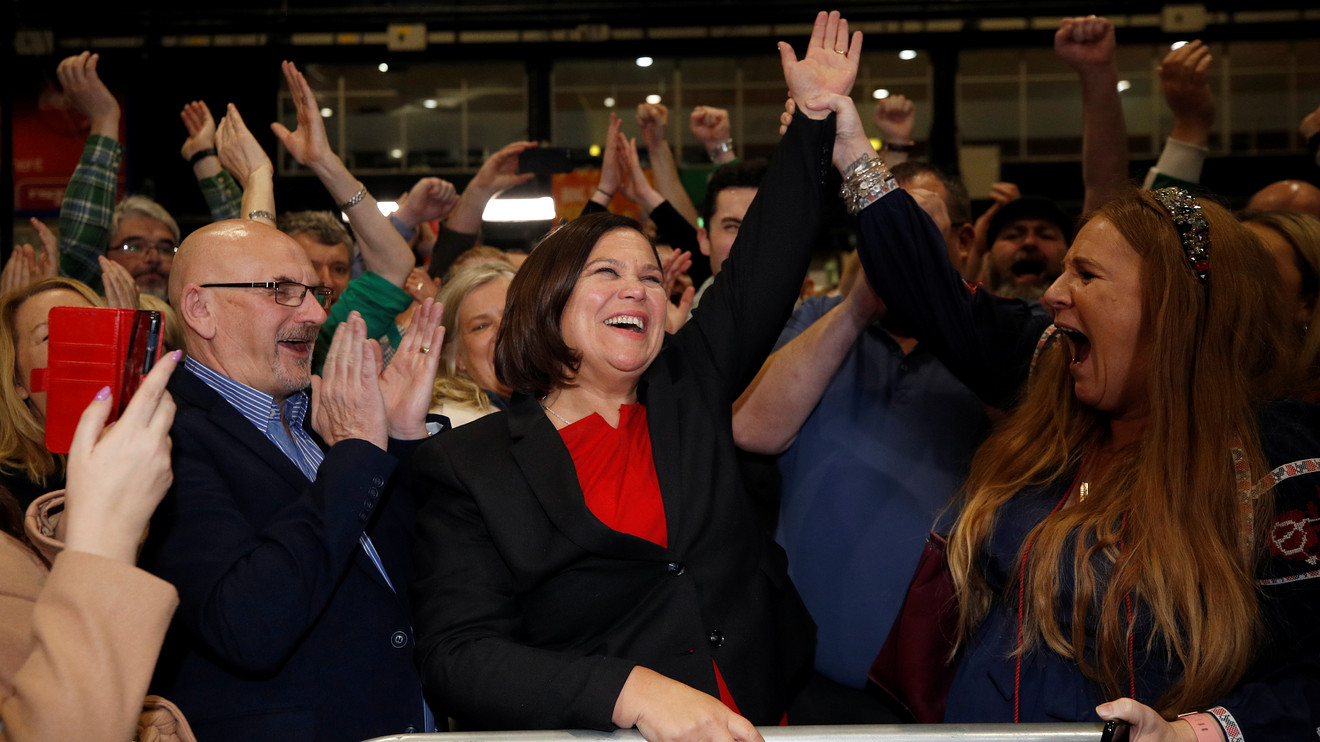 Shares in Irish banks slumped on Monday after a surprisingly strong showing for the Sinn Féin party in the country’s general election, as European stocks drifted lower more broadly.

Bank of Ireland BIRG, -4.15% lost 6.1% and Allied Irish Bank A5G, -1.60%  tumbled 5.4%, as the nationalist party took 24.5% of the first-preference votes, beating the traditional two big parties, Fine Gael and Fianna Fáil. Even so, Sinn Féin will not have the most seats in the Dáil, the Irish parliament, because of the limited number of candidates it fielded.

Analysts at Irish stockbroker Goodbody said the most “extreme” elements of Sinn Féin’s platform are unlikely to become policy, but some aspects including higher corporate taxes could become law, as well as a proposal to let Ireland’s central bank cap mortgage rates.

The coronavirus spread continued to capture attention. “China’s role at the center of global supply chains increases the likelihood that the disruption spreads to other countries,” said Neil Shearing, group chief economist at research company Capital Economics. “The current Goldilocks environment of low but positive growth and low interest rates justifies the high valuation of asset prices. But the longer it continues, the greater the risk that it sows the seeds of the next major economic downturn.”

NMC Health NMC, +10.71%, the U.K.-listed operator of hospitals in the Middle East, jumped 7.7% as the company said it had received “highly preliminary” takeover approaches from Kohlberg Kravis Roberts & Co. and GK Investment Holding, the investment companies. NMC Health also said that advisers to its non-executive chairman, Dr. Bavaguthu Raghuram Shetty, are carrying out a review that could conclude he and associated family members have incorrectly reported their shareholdings.

NMC said its operations have continued to perform strongly, with 2019 results in line with management expectations. Even with the gains on Monday, NMC shares have dropped 67% over three months after being targeted by short-seller Muddy Waters.