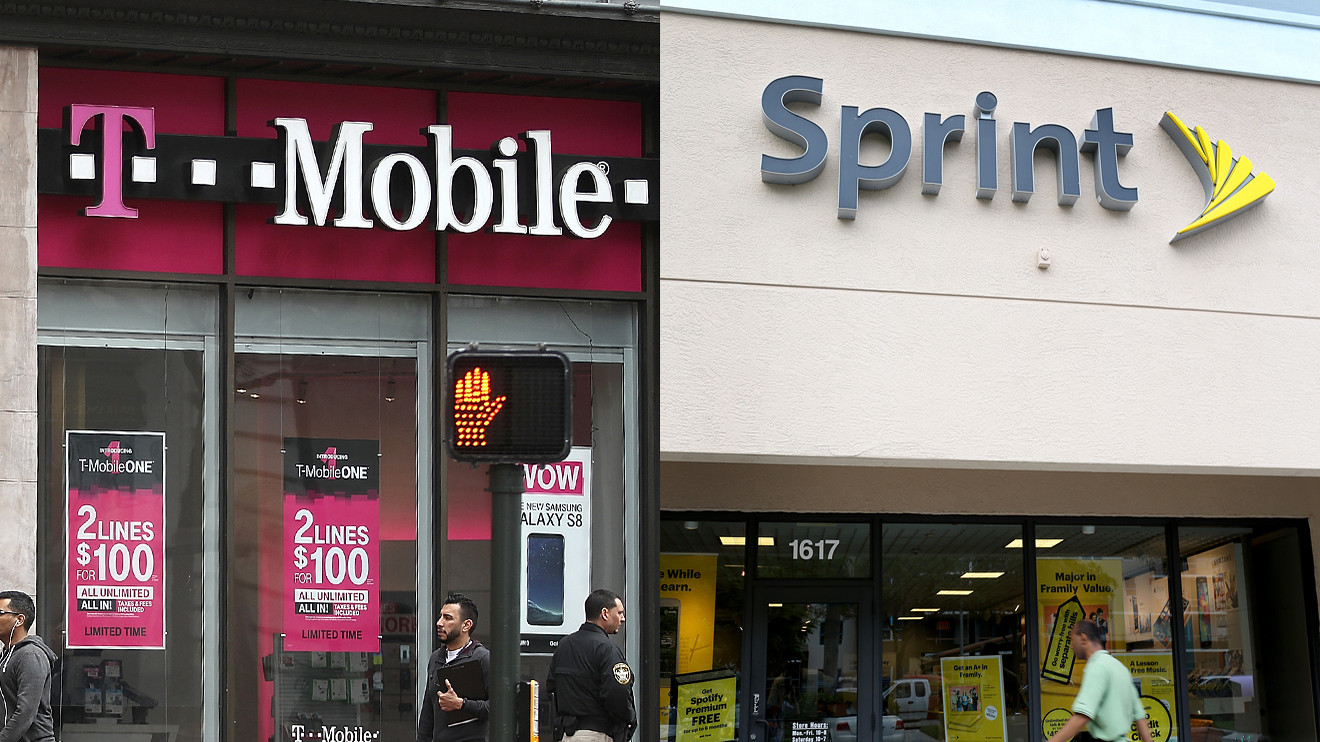 The $26 billion merger between T-Mobile and Sprint received the green light Friday from the U.S. Department of Justice — and but critics say consumers could get left in the dust.

To gain the regulatory approval, T-Mobile TMUS, +10.47%  and Sprint S, +70.53%   agreed to sell some of their assets to satellite-TV provider Dish Network DISH, +5.16%  to help it set up a new wireless carrier. The sale was floated as a response to concerns raised by critics who said the deal could reduce competition and cause prices to rise for cellphone subscribers.

As part of the deal, Dish will be required to create a 5G network with airwaves it already owns and some it will buy from the merged T-Mobile-Sprint. Additionally, Dish will buy Sprint’s prepaid brands, including Boost Mobile, and have access to the merged company’s airwaves for seven years to get its wireless business going.

Read more: ‘Look out below’: If Dish tries to take on T-Mobile and Sprint, it would be ‘very bad’ for investors, analyst says

That’s in spite of the fact that other TV service providers such as Charter Communications have sought to build out their own wireless networks as AT&T T, -0.25%  and Verizon VZ, -2.33%  have expanded into offering home internet and TV services themselves.

In Canada, there are only three major wireless carriers — Bell BCE, +0.08%, Rogers RCI, -0.25%  and Telus TU, +0.82% — and their plans are priced basically the same due to the reduced level of competition, according to mobile news website iMore. Americans, therefore, could see less variation in price if Sprint and T-Mobile’s merger comes to fruition.

Moreover, the reduced competition could also lead wireless carriers to get stingier with the benefits they provide, such as unlimited plans. Given the current market share of the main players, Dish would face an uphill struggle to become a significant fourth player after the T-Mobile, Sprint merger.

Attorneys general from nine states and D.C. have said the deal would drive up cell service costs. “Preliminary estimates based on the submissions made by economists for Sprint and T-Mobile show that the merger could cost Sprint and T-Mobile subscribers at least $4.5 billion annually and the harm to all retail mobile wireless telecommunications subscribers could be even larger,” they wrote in this complaint.

Proponents of the deal, however, have argued that a merger is necessary for Sprint and T-Mobile to remain competitive as the wireless industry gears up for the shift to 5G service. T-Mobile and Sprint’s merger makes sense because each company fills the gaps in the other, said Jeff Kagan, a wireless-industry analyst who had previously expressed some concerns with the deal.

T-Mobile excels at marketing, but owns little spectrum, the airwaves that wireless carriers use to run their service. Sprint, he said, has the opposite problem.

‘If T-Mobile and Sprint don’t get this deal done, they’re toast.’

“If T-Mobile and Sprint don’t get this deal done, they’re toast,” he said. Having the combined marketing pizzazz and cache of airwaves is necessary for them to build out a 5G network successfully that could compete with AT&T and Verizon.

The good news for consumers worried about a price hike is that the merger’s saga is far from over. A group of 14 state attorneys general who filed a lawsuit in June to block the merger reaffirmed their commitment to the lawsuit following the Justice Department’s announcement.

“The promises made by Dish and T-Mobile in this deal are the kinds of promises only robust competition can guarantee,” New York Attorney General Letitia James said. “We have serious concerns that cobbling together this new fourth mobile player, with the government picking winners and losers, will not address the merger’s harm to consumers, workers, and innovation.”