Home
Market
Gucci owner readies for Chinese no show at Milan, Paris fashion weeks
Prev Article Next Article
This post was originally published on this sitehttps://i-invdn-com.akamaized.net/trkd-images/LYNXMPEG1B1SH_L.jpg 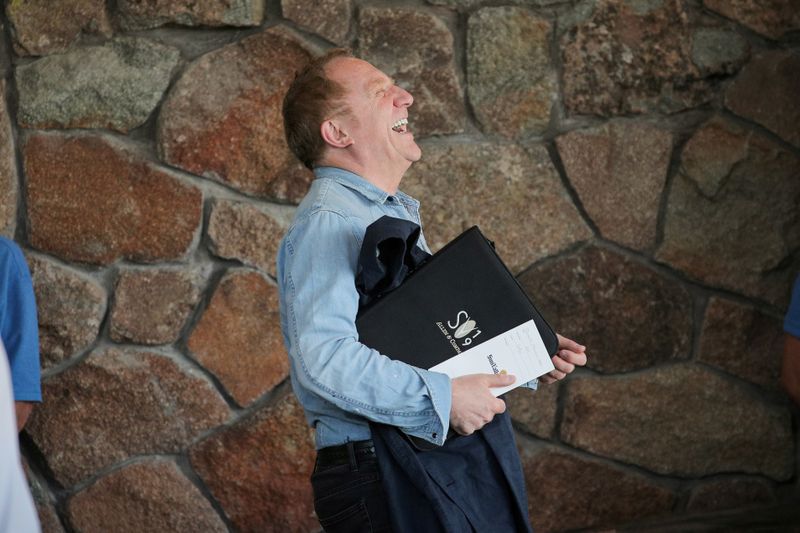 By Sarah White and Melissa Fares

PARIS/NEW YORK (Reuters) – Gucci and other luxury labels owned by France’s Kering expect smaller crowds at their catwalk shows this month, with Chinese buyers and influencers set to miss the major marketing fixture.

Luxury companies including Kering (PA:) already face a sales hit from the coronavirus outbreak as they shutter shops in China and shelve advertising campaigns in one of the top markets for luxury goods.

Chairman Francois-Henri Pinault said on Wednesday that Kering hoped to used video links to patch in guests unable to travel as a result of the outbreak.

Designers are set to present their latest women’s styles in London from Friday after New York’s fashion week, while presentations by some of the world’s biggest brands are scheduled for later in February in Milan and then Paris.

“All of the industry professionals who would have come from Asia are not going to come,” Pinault said after Kering’s results, estimating that they would normally constitute up to 40% of the attendees at its fashion shows.

Kering’s Gucci and Bottega Veneta brands do their presentations in Milan, while Saint Laurent, Balenciaga and Alexander McQueen host their showcases in Paris, where they rival the likes of Chanel or LVMH’s (PA:) Christian Dior.

Although shoppers and fashion fans can often view the catwalk extravaganzas online, fashion weeks remain the equivalent of a trade show for luxury goods companies.

Department store buyers, clients and journalists usually attend, alongside social media influencers, who are now a core part of a brand’s publicity strategy, especially in China.

“Not having the Asian retailers and buyers would be a big disadvantage,” said Robert Burke, of Robert Burke Associates luxury consultants, adding that New York fashion week had been “leaner than usual”.

“Fashion weeks are still important, particularly in light of the global attention that brands receive through press and social media reviews,” he said.

Pinault said seating at some shows would be reduced and that Kering would trim its budget for ferrying attendees around. Firms rarely disclose the cost of organizing a show, but it can run to well over $1 million, industry insiders said.

Italy’s national fashion chamber CNMI said last week that three Chinese designers had canceled shows at Milan’s fashion week on Feb. 18-24, and about 1,000 Chinese people who had been expected to attend were unlikely to show up.