Home
Stocks
The Ratings Game: Molson Coors is jumping into the hard seltzer category with Vizzy launch in March
Prev Article Next Article
This post was originally published on this site 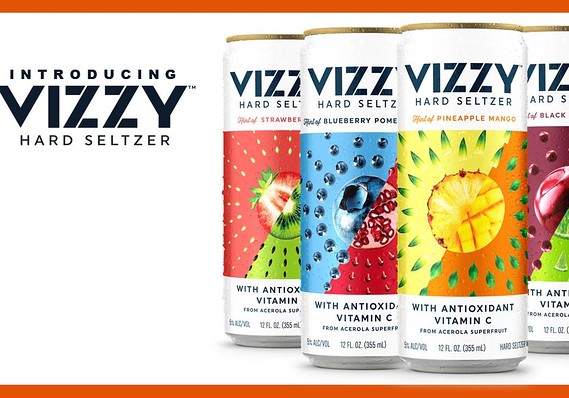 Hard seltzers had a big year in 2019 and Molson Coors Beverage Co. is looking to capitalize with the launch of Vizzy in March.

Vizzy will be the first hard seltzer made with acerola cherry, according to Gavin Hattersley, chief executive of Molson Coors TAP, -0.17%  , who spoke on the fourth-quarter earnings call on Thursday.

“[T]here’s no reason to believe that this isn’t going to resonate very well with consumers and particularly that 25-to-39-year-old male and female that choose to drink, but are looking for potentially better choices,” Hattersley said, according to a FactSet transcript.

It’s a category that Molson Coors plans to “aggressively” compete in, though Hattersley didn’t reveal the investment in the launch campaign.

“This is going to be our biggest bet yet on the hard seltzer segment, which we think will reach a couple of billion dollars in sales this year,” he said.

“Molson Coors has been quieter than most in promoting/advertising their seltzer offerings, but Vizzy will attempt to differentiate itself by interestingly leaning on antioxidants in formulation,” analysts wrote.

A UBS report from September 2019 shows that White Claw has the highest brand awareness. Big names including Molson Coors are using their resources to claim some of that buzz.

Constellation Brands Inc. STZ, +1.28%   said in January that it will make its biggest single-brand investment ever in the launch of Corona brand hard seltzer.

And Anheuser Busch BUD, -0.22%   has launched Natural Light Seltzer and Bud Light Seltzer. It also has Bon & Viv in its portfolio.

“Consumer interest in hard seltzer is coming from a combination of health and wellness (low carbohydrate and calories) and mining a seam that exists between consumer demand for wine and spirits versus beer,” wrote Bank of America analysts in a Wednesday report.

As competition among the big beer makers heats up, Bank of America says they’ll spend $100 million collectively in support of their hard seltzer products.

“In our view, Molson Coors seltzer could take time to gain traction in competing with other brands, given it will lack brand recognition,” Bank of America wrote.

Molson Coors is in the midst of a revitalization plan that also includes support for existing brands like Peroni; the launch of a low-calorie, low-carb Blue Moon Light Sky beer that’s made with tangerine peel; the launch of Saint Archer Gold, a light lager; an expansion into nonalcoholic beverages that Hattersley said pointedly are not sodas; and investment in sparking cocktails and the launch of Movo wine spritzers.

“With a portfolio that still over-indexes to premium lights and economy beers, we would wait for more concrete evidence that the reinvestment levels will suffice to reignite sales growth in 2021 and that the restructuring will indeed improve both the top and bottom line trajectory, before becoming more constructive on shares in spite of attractive valuation,” wrote JPMorgan analysts.

In a separate note, MKM analyst Bill Kirk was upbeat about Coors Light, which he said “is on the precipice” of an inflection.

The key will be acting quickly and decisively.