Home
Stocks
The Ratings Game: Shopify price targets soar after earnings
Prev Article Next Article
This post was originally published on this site 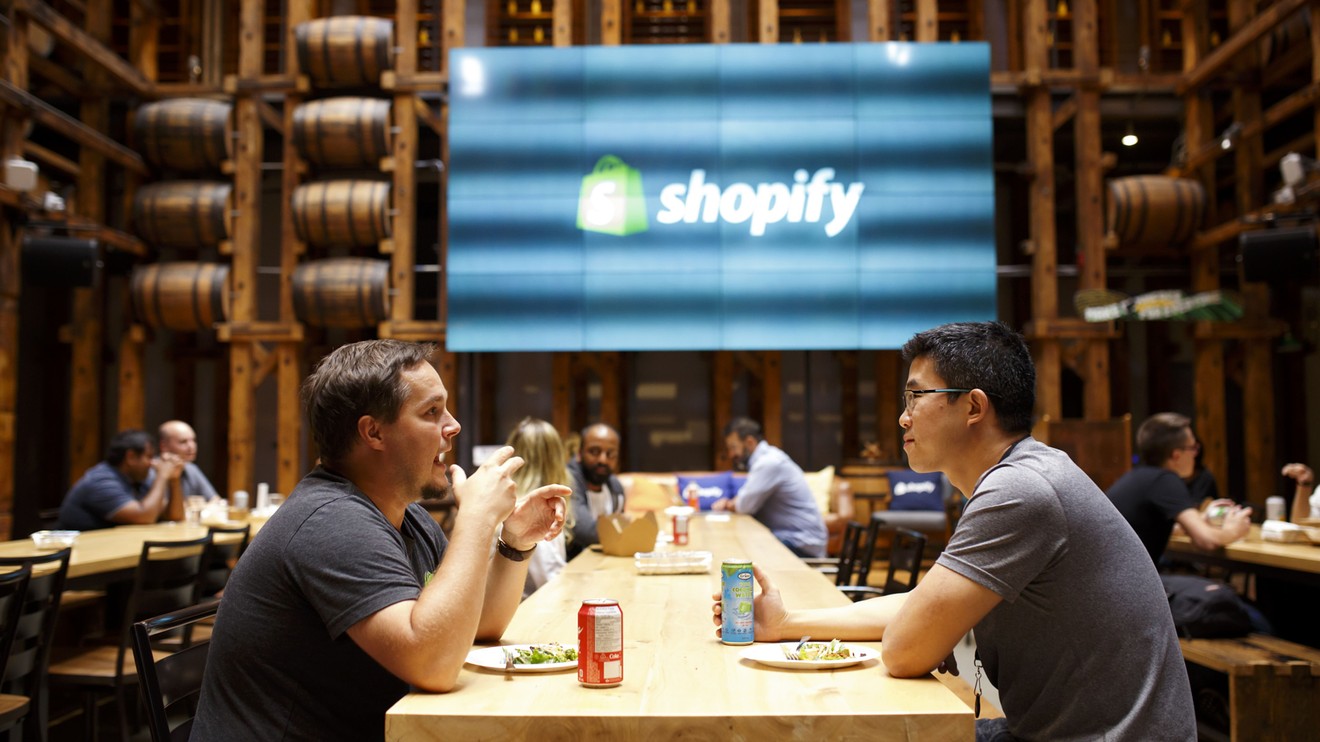 Shopify Inc. price targets soared at a number of research groups after the company, which provides retail management services to more than one million merchants, reported an adjusted profit and revenue that beat expectations.

“We reiterate our outperform rating on Shopify following a solid Q4 2019 print and above consensus 2020 outlook, which should give investors confidence in the sustainability of the above market growth profile,” analysts led by Brian Peterson wrote.

Read: Coronavirus could drive up out-of-stocks at stores by April: Wells Fargo

Shopify SHOP, +3.03%  has an average overweight stock rating and average target price of $552.26, based on a FactSet survey of 30 analysts. That’s up from an average price target of $400.69 on Jan. 31. Read more about Shopify’s earnings report on Wednesday.

SunTrust Robinson Humphrey calls out a number of metrics from the earnings report, including the 40 million merchants that are using Shopify Pay and gross merchandise volume of $20.7 billion, up 47% from last year. And analysts called out the international growth potential of Shopify Plus, the company’s e-commerce platform for large and growing brands.

SunTrust lifted its price target to $585 from $340 and rates the stock hold.

Wedbush analysts note that Shopify is focused on bringing new clients onto the Shopify Plus platform, and notes the new point-of-sale software that’s expected to launch in the next few months.

“Shopify also sees room to make inroads among legacy retail operators looking to accelerate their shift toward modern retail, with features like Flow and Scripts serving as a strong value add for merchants migrating away from legacy software and internally built systems,” wrote Ygal Arounian in a note.

Wedbush rates Shopify stock neutral with a $475 price target, up from $325.

Shopify said it plans to invest in areas like order fulfillment, international business and Shopify Plus in 2020. KeyBanc Capital Markets analysts support the move given continued momentum in the business.

Shopify said it expected first-quarter revenue in the range of $440 million to $446 million. The FactSet consensus is for revenue of $446.3 million.

KeyBanc rates Shopify stock overweight with a $575 price target, up from $485.

“Expectations were high heading into Shopify’s seasonally strong holiday print, and Shopify did not disappoint — the business is firing on all cylinders,” wrote Canaccord Genuity in a note. “Our only comment would be that, at some point, investors are going to hold Shopify accountably for delivering growth and profits.”

Shopify reported earnings per share of a penny, after a loss of a penny per share, last year. Adjusted EPS was 43 cents, ahead of the FactSet consensus for 23 cents.