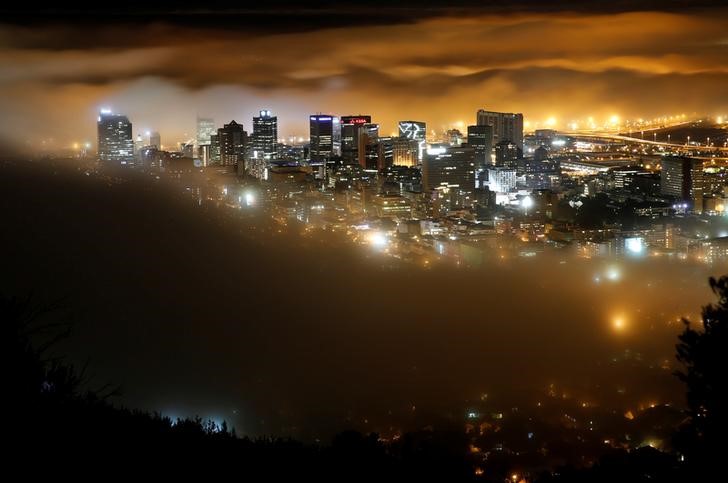 (Bloomberg) — South African President Cyril Ramaphosa’s plans to overhaul the energy industry have some way to go before they provide answers to the nation’s crippling power shortages.

Africa’s most industrialized nation has been roiled by rolling blackouts since late 2005, a legacy of state power company Eskom Holdings SOC Ltd.’s failure to adequately maintain its plants and invest in sufficient new ones. In his state-of-the-nation address on Thursday, Ramaphosa announced a raft of measures to increase generation, including calling for new bids from private producers to supply the grid and allowing companies to produce unlimited electricity for the own use.

While the reforms are “in essence, very positive, we’re just missing time lines,” said Wido Schnabel, chairman of the South African Photovoltaic Industry Association. Plant developers will need about two months to get on site after the new bid round begins, and it would be technically possible for them to bring as much as 4,000 megawatts of capacity on line within a year, he said.

South Africa previously had the world’s fastest-growing program to procure green power from independent producers, but it stalled when Eskom refused to sign off-take agreements with the developers. Former Energy Minister Jeff Radebe signed contracts for the most recent round in 2018 with 27 companies after more than two years of delays.

Thus far independent producers have completed 64 projects that together have almost 4,000 megawatts of generating capacity and on average took 1.9 years to build, government data shows.

The need for additional power is extremely urgent and it would have been preferable if Ramaphosa had set deadlines for issuing the official requests for — and the awarding of — new projects, said Anton Eberhard, a professor at the University of Cape Town Graduate School of Business.

While Ramaphosa pledged to ensure that the National Energy Regulator of South Africa would handle all applications by commercial and industrial users to produce more than 1 megawatt of power for their own use within 120 days, the process currently takes much longer.

“The state and the regulator need to step aside when it comes to self-generation,” Eberhard said. Power cuts are “causing massive economic damage. We need bold, prompt and purposeful action.”

Minerals Council South Africa, a lobby group for the mining industry, welcomed the government’s recognition that companies could help address Eskom’s capacity shortages by producing their own power. Mining companies have a pipeline of energy projects totaling about 1,500 megawatts that could be brought on stream in the next nine to 36 months, it said.

Promises to allow industrial companies, particularly mines, to build their own generation capacity “could be transformative in eroding the monopoly of troubled state-owned electricity company Eskom,” Fitch Ratings said. “It is still unclear whether licenses will be easily obtainable.”

Ramaphosa concedes that his planned reforms will take time to bear fruit.

“The reality is our energy system will remain constrained until new energy generation comes on stream,” he told lawmakers.

(Updates with Fitch comment in 10th paragraph. An earlier version of the story corrected the spelling of Eberhard’s name.)