Home
Market
Kone out as Thyssenkrupp shortlists private equity for elevator division
Prev Article Next Article
This post was originally published on this sitehttps://i-invdn-com.akamaized.net/trkd-images/LYNXMPEG1G0YK_L.jpg 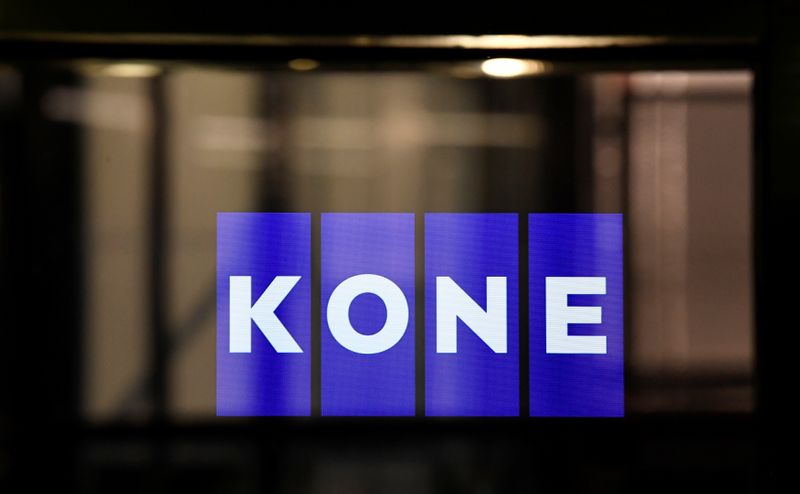 © Reuters. Logo is displayed in an elevator at the KONE Academy of Finish manufacturer KONE in Hanover

By Christoph Steitz and Tom Käckenhoff

FRANKFURT (Reuters) – German conglomerate Thyssenkrupp (DE:) said on Monday it has shortlisted two private equity consortia in the sale of its 16 billion euro ($17.3 billion) elevator division, dealing a blow to Finland’s Kone (HE:), which withdrew from the closely watched deal.

Potentially Europe’s biggest private-equity deal in 13 years, the transaction is now in its last stages and could come to a head next week when Thyssenkrupp’s supervisory board is scheduled to meet.

The cash-strapped conglomerate said it would focus on negotiations with two private equity consortia: one consisting of Blackstone (N:), Carlyle (O:) and the Canadian Pension Plan Investment Board and one led by Advent and Cinven ().

Shares in Kone plunged nearly 7% on news it had withdrawn. Thyssenkrupp’s stock dropped as much as 3%.

“The remaining bidders have submitted more concrete offers. The bids are at a high level and underline the attractiveness of the business,” Thyssenkrupp said in a statement.

Thyssenkrupp now plans to let the two consortia battle it out in a final round, hoping they will raise their bids to beyond the roughly 16 billion euros offered so far.

The elevator division is Thyssenkrupp’s most profitable business and the German group said it aimed to reach an agreement over whether to sell a majority stake or all of the unit, adding a initial public offering remained an option.

Views in Thyssenkrupp’s 20-member supervisory board had differed over whether to weed out Kone’s bid – the highest in terms of value but also the riskiest in terms of execution – people familiar with the matter said.

Labor unions, which control half of Thyssenkrupp’s supervisory board, were opposed to a deal with Kone from the get-go, fearing it would lead to substantial job cuts.

“Kone continues to believe that a combination of its business with Thyssenkrupp Elevator Technology business would have been strategically compelling,” the Finnish company said.

“However, any acquisition Kone would pursue would need to come with terms and conditions that are in the best interest of its shareholders, employees and customers.

Cevian, Thyssenkrupp’s second-largest shareholder with an 18% stake, had been arguing in favor of a deal with Kone, two of the people said, pointing to substantial synergies.