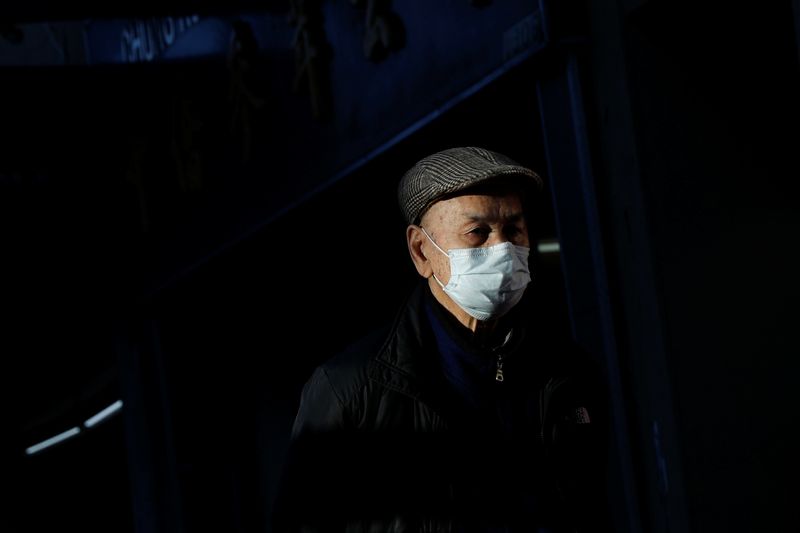 WASHINGTON (Reuters) – U.S.-based banks and brokers are in discussions with federal regulators about allowing staff to work from home and other business continuity arrangements amid the spread of the coronavirus, the head of a top financial trade group said on Thursday.

The industry is reviewing and updating contingency plans in order to minimize any potential disruption to the financial markets that could be caused by personnel being unable to work onsite, said Kenneth Bentsen Jr., said chief executive of the Securities Industry and Financial Markets Association (SIFMA).

“We are communicating with the government, and obviously we will rely upon the appropriate officials, particularly both our regulatory officials and public health officials, to guide us ” he told Reuters on Thursday.

“But the firms are also going through what they would do in a pandemic situation that could impact market operations,” he said, adding that most firms have playbooks for handling a range of business disruptions, including pandemics.

In addition to remote working arrangements, financial firms could potentially move staff to backup locations away from major cities, he said. Several major banks in Hong Kong and Singapore – including HSBC (L:), Morgan Stanley (N:) and DBS Bank – have restricted travel to mainland China and are allowing staff to work from home.

On Tuesday, Chevron Corp (N:) asked about 300 British employees to work from home indefinitely after an employee in its London office reported a flu-like illness.

The financial industry is also discussing with regulators rules that may need to be temporarily waived if staff are unable to get to work, since some functions require personnel to be physically onsite. For example, processing trades and monitoring trading communications remain heavily manual processes, he said.

The Wall Street planning effort comes amid growing fears that countries are struggling to contain the flu-like virus, prompting governments from Iran to Australia to shut schools, cancel big public events and stock up on medical supplies.

On Thursday, the U.S. Commodity Futures Trading Commission told Reuters it is closely monitoring trading as fears of a pandemic pummel markets, sinking global equities, pushing oil futures to their lowest in a year and roiling wheat and corn markets.

The Basel Committee of banking regulators, an international regulatory body, said banks and regulators should be ready to share information across borders as it tries to assess the financial stability implications of the outbreak.

Federal regulators published guidance in 2007 on how the financial industry should plan for a potential pandemic. That followed a 2007 exercise in which the government and financial industry tested the resilience of banks and other financial firms in the face of a hypothetical flu pandemic.

That three-week exercise found that while there would be a significant impact on the financial sector, markets would continue to operate. SIFMA typically coordinates the industry’s continuity planning efforts, and carries out regular drills.

“Our job is to do as much preparedness as we can … and to be as resilient as possible,” said Bentsen. “That’s been up and running for several weeks now, and we’re prepared.”