Home
Stocks
Rex Nutting: The coronavirus is taking aim at the heart of the American economy: Consumer spending
Prev Article Next Article
This post was originally published on this site 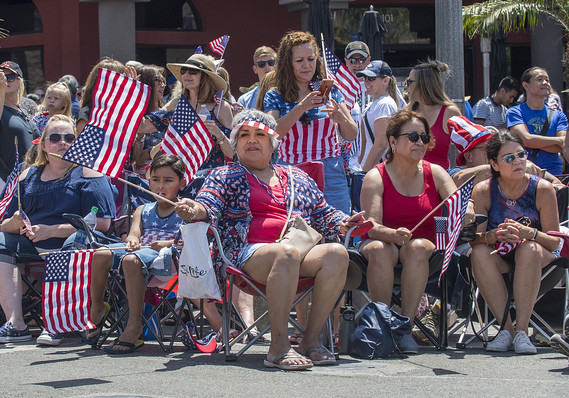 Americans will avoid crowds if the coronavirus spreads to their town.

We need to stop assuming that the coronavirus outbreak will have only a minor impact on the U.S. economy. With the virus that causes COVID-19 now spreading in communities around the country, it’s becoming more likely that the epidemic will slam consumer spending, at least for a few months.

A recession cannot be ruled out.

Also read: Consumer-facing companies will be the first hit if the coronavirus spreads across the U.S.

Most of the economic analysis on the virus has assumed that the biggest impact on the U.S. economy would come from disruptions to global supply lines snaking from China and the rest of East Asia, leaving U.S. manufacturers and retailers without the goods they need.

In other words, it would hit the supply side of the economy, but not the demand side.

But that assumption is so last week.

The virus is spreading

Over the weekend, medical researchers punched a big hole in the rosy scenario that the outbreak would be contained, saying it’s likely that the highly transmittable virus has been spreading in Washington state for weeks without anyone knowing.

That’s both good and bad news, because it means the disease may be less deadly than thought. But the bad news is that it’s easier to spread than hoped. That would mean that the outbreak is probably not going to be contained, as the Centers for Disease Control quietly telegraphed last week.

And contrary to all the reassurances by the political leaders inside the Trump administration.

Breaking news: Get the latest on coronavirus here.

If the virus should spread easily through the United States, Europe and the rest of the world, the rosy scenario of a modest economic impact would be wrong.

The Organisation for Economic Co-operation and Development, although it is still clinging to containment as its base case, warned Monday that growth could be negative worldwide in the second quarter unless the virus can be contained. Under its less-than-rosy scenario, global growth would be slashed in half, and global equity GDOW, +3.11%  and commodity prices CL00, +2.52% would fall 20% in the first nine months of the year, the OECD said.

Economists at several banks, including Goldman Sachs and Deutsche Bank, are also rethinking that assumption. Deutsche says the U.S. economy could contract in the second quarter of the year, while Goldman projects zero growth in the quarter.

Growth in the United States and globally could be just half of what was projected just a month ago, these economists say, and that’s assuming that the Federal Reserve and other central banks slash already low interest rates to flood their economies with stimulus.

What’s the big change in their assumptions? A big hit to consumer confidence and spending on top of the supply-side disruptions to global trade.

A worst-case scenario — a global pandemic — is becoming more plausible as efforts to contain the virus appear to have failed.

As the virus spreads in your town, the best defense against infection is to avoid anyone who might have it (which could be almost anyone, since even people with no symptoms can spread the virus). That’s not only what the public-health authorities are recommending, it’s also what many people would do naturally as fear takes hold. Quarantines, voluntary or mandatory, would be essential.

That means discretionary activities — such as traveling, dining out or attending entertainment, sporting, religious and political events — would grind to a halt. Business travel and entertaining would dry up. Schools and day-care centers would close. Public transportation ridership would plunge.

If no one goes out, then millions of people could lose their jobs. Thousands of businesses would be threatened with bankruptcy. More than 16 million people work in the leisure and hospitality industries. About 5 million work in education and child care. About 1.2 million work in transportation industries that could be affected.

The Congressional Budget Office has estimated that spending on food services, arts and accommodations would temporarily decline by about 80% during a major pandemic. Spending on public transportation would drop by 67%.

If layoffs followed the same arithmetic, nonfarm payrolls would drop by about 16 million — a mind-blowing number that’s about twice the number who lost work in the 2008-2009 Great Recession. It would be the largest percentage decline in jobs since the Great Depression of the 1930s. Layoffs of that magnitude sound absurd, but it shows you just how many people are vulnerable to a pullback in consumer spending.

The slowdown is the cure

The tricky thing is that the underlying behavior — quarantining — is the only way the outbreak can be brought under control without ravaging the entire population.

Attention, Jerome Powell: “The slowdown is part of the healing process,” says economist Robert Brusca of Fact and Opinion Economics. “You don’t want to stop the slowdown.”

Fiscal and monetary policy might be used to cushion consumers and businesses from the worst, allowing them to come out relatively intact when it’s all over, but it would be self-defeating to try to stimulate the same behaviors that public health officials are warning us not to engage in.

Nothing is certain about this contagion. The worst case is not inevitable, but it’s growing more likely by the day. The economy is likely to get more than the sniffles from this coronavirus.

Rex Nutting is a MarketWatch columnist.