Home
Stocks
Project Syndicate: To save the economy from COVID-19, the only effective policy is medical, not monetary or fiscal
Prev Article Next Article
This post was originally published on this site 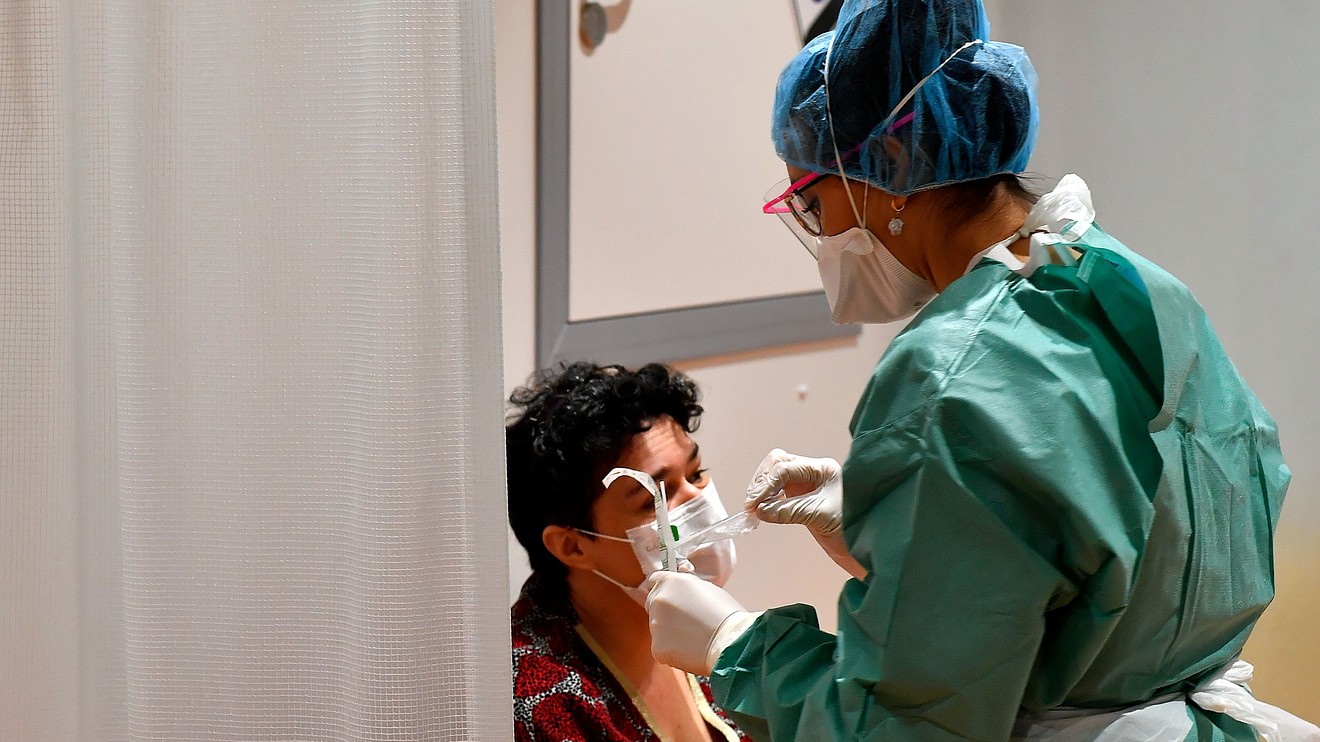 BERKELEY, Calif. (Project Syndicate) — Last week, G-7 finance ministers and central bank governors vowed to use “all appropriate policy tools” to contain the economic threat posed by the COVID-19 coronavirus. The question left unanswered is what is appropriate, and what will work.

The immediate response took the form of central bank rate cuts, with the Federal Reserve fast off the mark. Though central banks can move quickly, however, it is not clear how much they can do, given that interest rates TMUBMUSD10Y, 0.597% are already at rock-bottom levels. In any case, the Fed’s failure to coordinate its rate cut with other major central banks sent a negative signal about the coherence of the response.

Breaking news: Follow the latest developments on the coronavirus.

Moreover, monetary policy can’t mend broken supply chains. My colleague Brad DeLong has tried to convince me that an injection of central bank liquidity can help get global container traffic moving again, as it did in 2008. (Now you know the kind of elevator conversations we have at UC Berkeley.) But the problem in 2008 was disruptions to the flow of finance, which central banks’ liquidity injections could repair.

The problem today, however, is a sudden stop in production, which monetary policy can do little to offset. Fed Chair Jerome Powell can’t reopen factories shuttered by quarantine, whatever President Donald Trump may think. Likewise, monetary policy will not get shoppers back to the malls or travelers back onto airplanes, insofar as their concerns center on safety, not cost.

Rate cuts can’t hurt, given that inflation, already subdued, is headed downward; but not much real economic stimulus should be expected of them.

The same is true, unfortunately, of fiscal policy. Tax credits won’t get production restarted when firms are preoccupied by their workers’ health and the risk of spreading disease. Payroll-tax cuts won’t boost discretionary spending when consumers are worried about the safety of their favorite fast-food chain.

The priority therefore should be detection, containment, and treatment. These tasks require fiscal resources, but their success will hinge more importantly on administrative competence. Restoring public confidence requires transparency and accuracy in reporting infections and fatalities. It requires giving public health authorities the kind of autonomy enjoyed by independent central banks. (Unfortunately, this is not something that comes naturally to leaders like Trump.)

Here, Italy has shown the way, postponing tax and mortgage payments, extending tax credits to small firms, and ramping up other spending. The U.S. so far has shown less readiness to act, failing even to encourage people to seek testing by helping them pay their medical bills.

One obstacle to fiscal stimulus is that its effects leak abroad, because some of the additional spending is on imports. As a result, each fiscal authority hesitates to move, and governments collectively provide less stimulus than is needed. This justifies coordinating fiscal initiatives, as G-20 countries did in 2009. But, by that year’s standards, the recent G-7 communiqué promising “all appropriate action” was a nothingburger that did little to bolster confidence that governments would take the concerted steps called for by worsening global conditions.

Then there are fiscal hawks and monetary-policy scolds who claim that any official intervention will be counterproductive. They warn, for example, that financial systems will be impaired if central banks push interest rates deeper into negative territory. But while there surely exists an interest rate sufficiently below zero where this is the case, all the evidence is that current rates are still very far from this point.

In addition, we are cautioned that fiscal stimulus by governments with heavy debts will undermine confidence, rather than bolster it. Japan, it is said, is already dangerously over-indebted. This exaggerated argument ignores the fact that the Japanese government has extensive public-sector assets to offset against its debts.

Likewise, we are reminded that the U.S. has a looming entitlement burden, an argument that ignores the fact that the interest rate on the public debt is perennially below the economy’s growth rate. And while China’s state-owned enterprises may have massive debts, the tightly controlled financial system limits the risk of the kind of financial crisis that the country’s critics have been erroneously forecasting for years.

Central banks and political leaders, faced with a global crisis, should ignore these fallacious arguments and use monetary and fiscal policies to ensure market liquidity, support small firms, and encourage spending. But they must recognize that these textbook responses will have only limited effects when the problem is not a shortage of liquidity, but rather supply-chain disruptions and a contagion of fear.

Today, economic stabilization depends most importantly on the actions of public-health authorities, who should be given the resources and leeway to do their jobs, including freedom to cooperate with their foreign counterparts.

In the fight against the COVID-19 pandemic, economists, economic policy makers, and bodies like the G-7 should humbly acknowledge that “all appropriate tools” imply, above all, those wielded by medical practitioners and epidemiologists. Coordination, autonomy, and transparency must be the watchwords.

Barry Eichengreen is professor of economics at the University of California, Berkeley, and a former senior policy adviser at the International Monetary Fund. His latest book is “The Populist Temptation: Economic Grievance and Political Reaction in the Modern Era.”

This article was published with permission of Project Syndicate — Coronanomics 101.