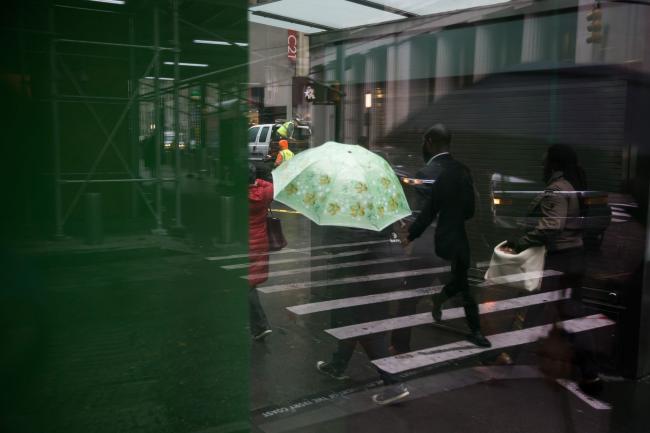 (Bloomberg) — Global credit markets came under renewed strain on Thursday, after U.S. President Donald Trump announced a package of steps to combat the impact of the global pandemic that left investors unimpressed.

The cost to insure against defaults of Europe’s riskiest companies surged to the highest since 2012 and spreads on euro investment-grade bonds widened, adding to a 50% surge this week. Borrowing costs in Asia’s dollar bond market also rose overnight.

Spreads on euro bonds of high quality corporate borrowers have climbed 30 basis points this week to 158, the highest for more than a year, according to a Bloomberg Barclays (LON:) Index. The gauge saw its biggest one-day spike since 2001 on Monday, when it leapt nearly 25%.

The U.S. announcement of scattered stimulus measures and restrictions on travel from Europe followed the World Health Organization’s declaration that it now regards the outbreak as a pandemic.

Investors are now waiting to see whether the European Central Bank will follow the lead of the U.K. and announce a hefty economic stimulus package.

“The issue for markets is that as you move from a ‘containment’ effort to a delay effort in order for health systems to stay functional, you simply prolong the economic pain that stems from widespread social distancing,” said Gerry Fowler, global multi-asset strategist at Aberdeen Standard Investments.

The ECB is set to unveil its monetary response to the crisis today and it is expected that central bank president Christine Lagarde will seek to prevent the virus from sparking a repeat of the 2008 financial crisis. She has already effectively pre-committed to action this week when she told European leaders that the region risks an economic shock similar to the global financial crisis unless urgent action is taken.

“This is not the time for the ECB to be tinkering around the edges with a paltry move,” said Suki Mann, founder of Creditmarketdaily.com. “A combined fiscal and monetary package will be well received.”

Debt-laden global companies are facing a two-pronged assault from the coronavirus threatening profits just as the cost of rolling over borrowings soars. Firms from Boeing (NYSE:) Co. to Hilton Worldwide Holdings Inc. are preparing to draw down billions of dollars in loans as they grapple with the impact of the pandemic. Bond issuance stalled again in Asia after halting in the U.S.

“All risk assets are re-pricing to reflect growing potential of recession,” said Todd Schubert, head of fixed-income research at Bank of Singapore Ltd. Intense volatility will likely continue in credit until investors are convinced of a globally coordinated fiscal policy led by the U.S. to tackle the virus impact, with effective health care efforts, he said.

There are no new bond sales being offered in Europe on Thursday, leaving sales for the week so far at little over 4 billion euros ($4.5 billion) from just four offerings. There were no new dollar-denominated sales in Asia overnight.

The BoE slashed its key interest rate to 0.25% earlier this week and announced measures to help keep credit flowing through the economy after warning the coronavirus will damage growth. Today it’s the turn of the ECB to try to shield economies from the disruption, while German Chancellor Angela Merkel promised to do “whatever is necessary”

Asian dollar bond sales have dried up after asset manager China Cinda priced the biggest offering from the region in two weeks on Wednesday.

President Trump’s speech outlining the U.S. response to the crisis failed to calm markets, as he blamed allies for not adopting tough measures that he said had prevented a wider outbreak in the U.S..