Stock-market bears say the coronavirus pandemic is a problem central bankers are ill-equipped to fix.

History suggests the U.S. stock market may take a downward path in the wake of last week’s emergency interest rate cut by the Federal Reserve.

Garrett DeSimone, head of quantitative research at OptionMetrics, took a look back at past central bank emergency actions and found that while the stock market has tended to gain in the month following that action, returns in the following year tend to disappoint.

This time around, there’s even been little to cheer in the short-term market reaction.

Stocks fell on March 3, the day the Fed delivered the unexpected 50 basis point cut to the Fed funds rate. Volatile trading ensued, with stocks plunging this week, sending the Dow Jones Industrial Average DJIA, +2.41% into a bear market — defined as a 20% drop from a recent peak — on Tuesday. The S&P 500 SPX, +2.94% and Nasdaq Composite COMP, +2.88%  joined the blue-chip gauge in a bear market on Thursday, ending an 11-year bull market.

That’s in contrast to history. In the month following the previous seven emergency rate cuts, running back to Oct. 15, 1998, the S&P 500 rose six times and returned a median 3.25% (see chart below). 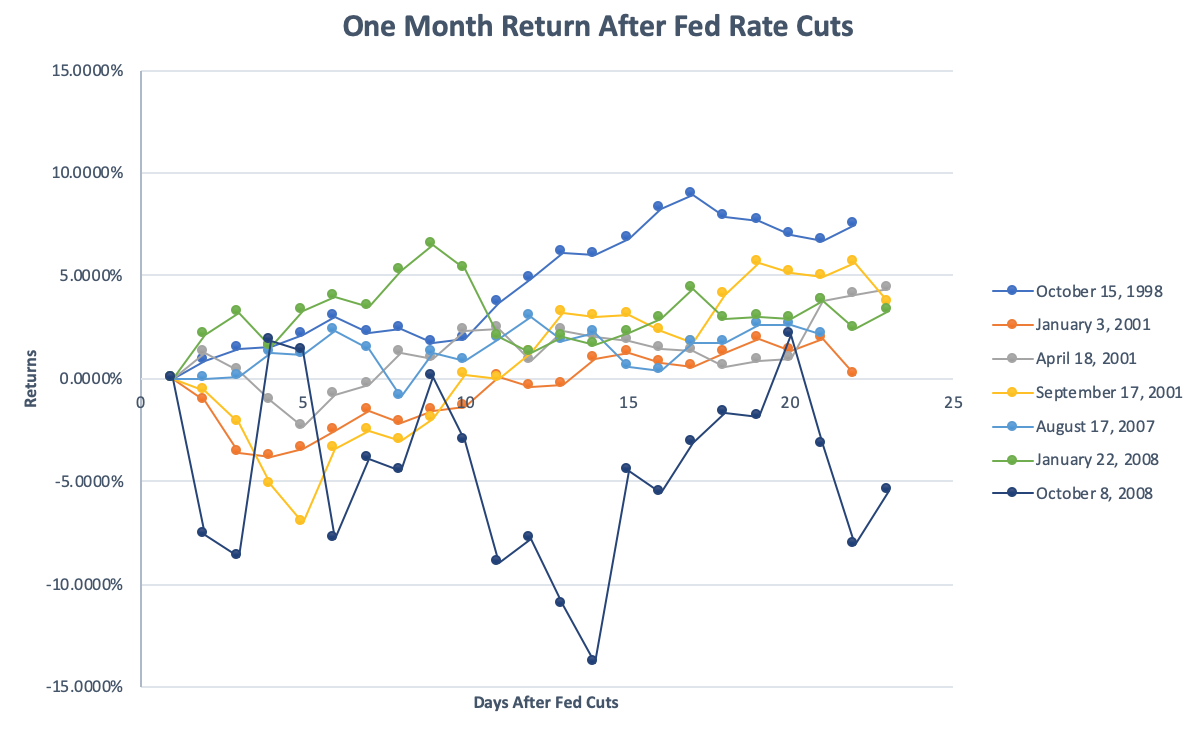 But optimism tended to prove fleeting. A year after those emergency cuts, the S&P 500 produced a median return of negative 10.22%, DeSimone found (see chart below). 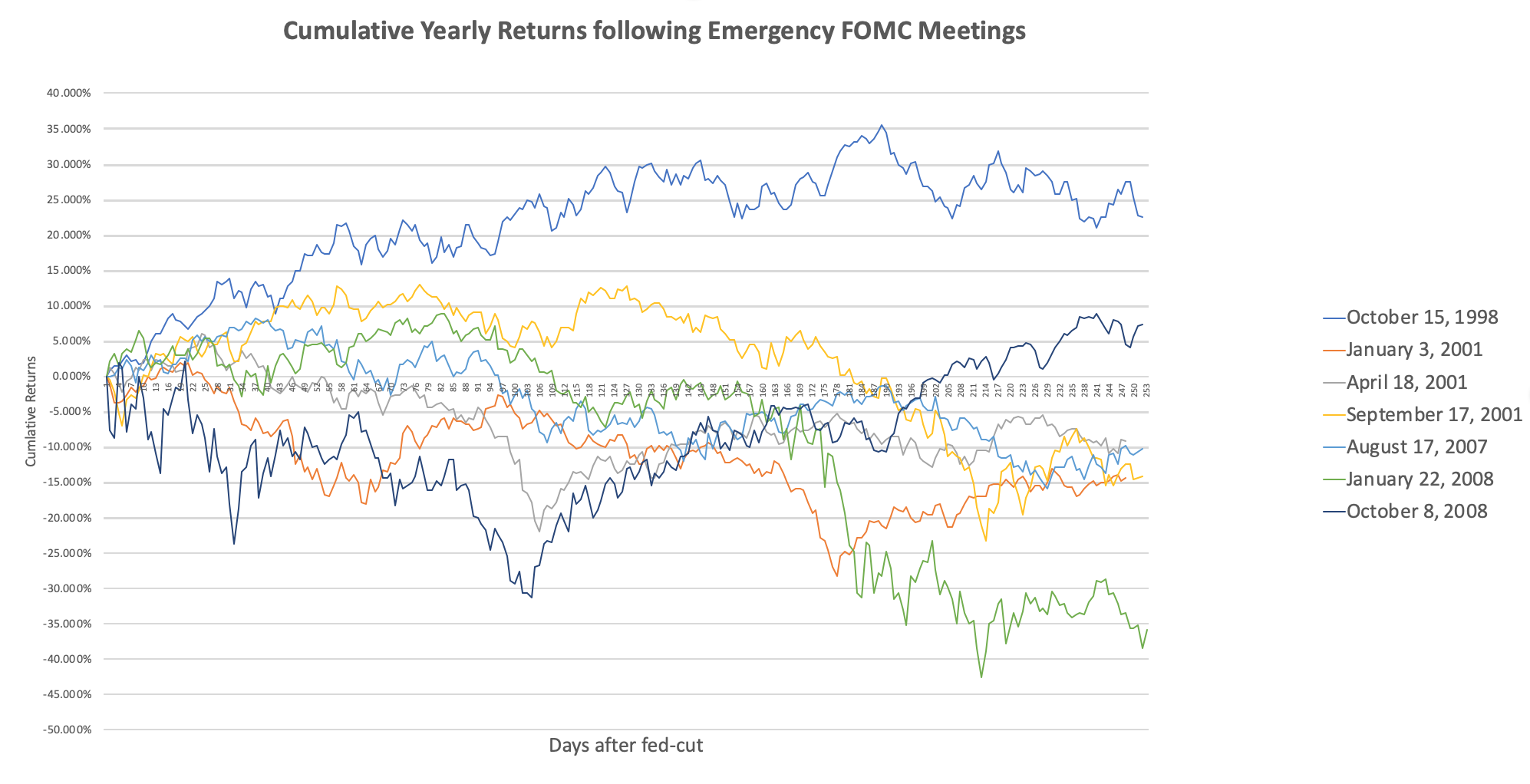 DeSimone, in a Tuesday interview, said that while the analysis is based on a small sample, he was ”fairly confident that this is not going to be a quick reversal” for the stock market and that there were significant downside risks.

In addition, he argued that the U.S. Treasury yield curve was an important factor to keep in mind. With the exception of the October 1998 move, past inter-meeting rate cuts have been followed by what’s known as a “bull steepening” of the curve — that happens when the spread between short- and longer-term maturities widens as yields decline, albeit more quickly at the short end.

This reflects expectations that the Fed will have to keep cutting interest rates in response to the crisis at hand. That doesn’t bode well considering that the recent steepening of the curve has come even as the 10-year yield TMUBMUSD10Y, +19.65%  fell below 1%.

“My theory is one of the reasons you see this bear market occur after these rate cuts is that negative economic news continues to trickle out,” DeSimone said. In the current situation, it will be months before investors have a handle on the damage done to the economy by the COVID-19 outbreak.

“This is a pre-emptive strike ahead of lagged, bad economic fundamentals,” he said.

But investors should also keep in mind that a bear market doesn’t necessarily have to accompany a recession, he said. “The fear of a recession is enough to create the selloff,” he said.