Home
Market
Senate Working at ‘Warp Speed’ To Draft Stimulus by Thursday
Prev Article Next Article
This post was originally published on this sitehttps://i-invdn-com.akamaized.net/content/pic41e0eb6eb728605bc53fe3b0a62f40d6.jpg 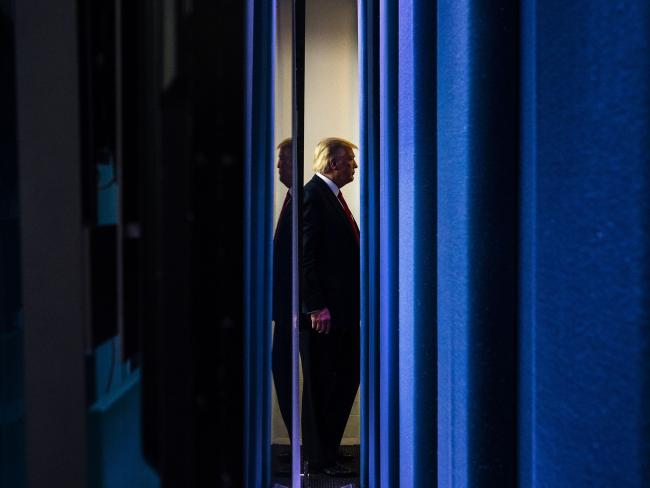 (Bloomberg) — Congressional leaders raced to draft legislation by Thursday for the next virus-related economic rescue plan that could exceed the size and scope of the emergency measures taken during the 2008 financial crisis.

Soaring layoffs, plunging markets and shuttered schools, shops and factories caused by the coronavirus outbreak have sparked a sense of urgency in Congress and at the White House.

Senate Majority Leader Mitch McConnell, who was largely a bystander as House Speaker Nancy Pelosi and Treasury Secretary Steven Mnuchin worked out an initial economic relief package, asked the Senate to work at “warp speed” on a $1.3 trillion package.

McConnell on the Senate floor Thursday outlined four major areas of relief: checks to everyone from “the middle class on down,” payments to small businesses so they can make payroll, loans to strategically important industries like airlines, and a health care surge to tackle the virus itself.

While Senate Republicans are working in three groups to craft legislation in line with the White House’s request, Senate Democratic leader Chuck Schumer offered his own proposal and said he has spoken with Mnuchin several times about what the package will need to win approval in a divided Congress. Pelosi also expects to see a draft of the plan on Thursday, according to a Democratic aide.

North Dakota Senator Kevin Cramer, a Republican on the Banking Committee, said the process has been fast and inclusive as lawmakers rush to prop up an economy brought to a halt by the global health crisis.

“It sounds like we will” see the stimulus package by Thursday night, Cramer said. “We’ll be doing a world record speed for this place.”

This broader package of fiscal stimulus follows a virus-related House bill that the Senate passed 90-8 Wednesday and President Donald Trump signed into law. The strong bipartisan vote showed a rare level of unity in a Washington riven by partisan divides with a backdrop of a bitter fight for the Senate and the White House this fall.

With both parties embracing the next round of virus relief climbing into the trillions of dollars, there are few concerns about the spending level, or adding to a budget deficit already set to hit $1 trillion this year.

“If you don’t pay now, you pay later,” said South Carolina Republican Senator Lindsey Graham, who in 2009 voted against the $800 billion stimulus plan that was the Obama administration’s response to the financial crisis.

Although there is a collective agreement in Congress on the need for bold action, there are different ideas about what that means.

In addition to Schumer’s proposal, Pelosi spoke to committee chairmen and leadership in a conference call Wednesday afternoon to discuss their own plans, according to a person on the call. She’s due to talk to House Democrats in a call Thursday.

Schumer, in an interview with MSNBC on Thursday, called for a “Marshall Plan” for the health-care industry as part of the package to help provide more ventilators, hospital beds and other supplies to handle the expected influx of coronavirus victims.

Schumer, who said he would be meeting with McConnell about the next stimulus package, said he will also be advocating “massively expanding unemployment insurance” and “putting workers first” in any plans for industry bailouts, including barring the use of funds to buyback shares and raise corporate salaries.

“We need to have the workers getting paid,” Schumer said.

Schumer and Pelosi want to immediately start bipartisan talks among congressional leaders to speed final passage of a bill, but McConnell first wants to get agreement among his own GOP troops and the administration.

Several senators said Wednesday they hope a bill could be passed this weekend, and McConnell urged senators to stay close by. He warned he would not send the Senate home until they pass it. The House is on recess this week, so any final package is still a ways away from reaching Trump’s desk.

“We’re getting close,” McConnell said of a GOP proposal. “We’re working along and hope to be together shortly.”

There are about four or five different buckets of stimulus under consideration, including aid for small businesses, funding for health care and the virus response, stimulus checks and assorted other aid for individuals, aid to state and local governments, and large low-cost loans for larger businesses like airlines.

The centerpiece of the White House plan is $500 billion in payments to individuals — replacing Trump’s widely panned proposal for a payroll tax holiday. The idea faces resistance from some of Trump’s top allies like Graham, who don’t like the idea of sending everyone a check and would prefer a combination of unemployment insurance and aid to businesses to keep people employed during the crisis.

“Don’t you think we should be directing this to people who are out of a job and don’t have anything because we told them to go home?” said Manchin, of West Virginia.

But Senator Josh Hawley of Missouri said his fellow Republicans will be closely following the Treasury proposal in drawing up the legislation. “I particularly like the piece about direct assistance to individuals and families,” he said.

Senators who back the idea of direct payments also have different views on whether everyone should get the same amount, or whether it should be targeted to lower-income people or workers most impacted by the virus, such as health workers who risk contracting the virus and must find emergency child care for their children who are home from school.

Financial Services Chairwoman Maxine Waters, a California Democrat, proposed having the Federal Reserve send at least $2,000 per month to adults and $1,000 per child, an idea that would cost more than $1 trillion on its own if the crisis extended for just two months. She also proposed giving small businesses a 100% payroll tax rebate, and doubling it in virus hot spots.

Small business assistance has widespread bipartisan support, but exactly which form it will take is still to be negotiated.

GOP Senators Susan Collins and Marco Rubio said they are drafting language that would funnel about $300 billion to small businesses to cover their payroll and other expenses retroactive to March 1, provided they don’t lay anyone off or use the money for things like boosting profits.

Under their outline, small businesses would get federally guaranteed loans that would be forgiven if they comply with the requirements.

“We want to make sure that businesses that otherwise would be thriving and doing well make it through this pandemic,” Collins said.

The outbreak is hitting directly in Congress. Several lawmakers have put themselves in self-quarantine after potential exposure. On Wednesday, Representatives Mario Diaz-Balart, a Florida Republican, and Ben McAdams, a Utah Democrat, became the first two members of Congress known to test positive for the novel coronavirus.

Diaz-Balart said in a statement that he developed symptoms on Saturday and received notice that he tested positive. He has remained in his Washington apartment since feeling ill.

“It is important that everyone take this extremely seriously and follow CDC guidelines in order to avoid getting sick and mitigate the spread of this virus,” he said. “We must continue to work together to emerge stronger as a country during these trying times.”