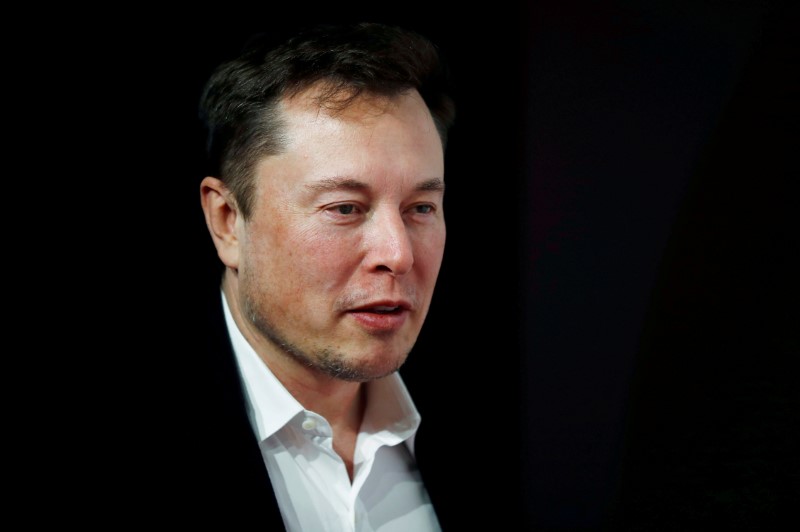 (Reuters) – Tesla Inc (O:) has told employees it reduced the number of workers at its California vehicle factory to curb the spread of coronavirus as Chief Executive Elon Musk said the company may start producing ventilators to ease a U.S. shortage.

In an email to employees late on Wednesday night, Tesla said it had asked only “essential employees” to report to its Bay Area facilities, allowing all others to work from home with San Francisco on virtual lockdown.

In a previous email to employees on Monday, Tesla described essential staff as all those directly supporting factory production, vehicle deliveries and service, saying people in those areas should continue to report to work.

U.S. automakers Ford Motor Co (N:), General Motors Co (N:) and Fiat Chrysler Automobiles NV (MI:), (N:) on Wednesday said they were shuttering their U.S. plants, as well as factories in Canada and Mexico, to stop the spread of coronavirus.

At Tesla, extra precautions are now being taken to try to protect workers from the highly contagious respiratory illness that has infected more than 10,700 Americans.

Beginning on Thursday, workers will receive masks and have their temperature checked prior to entry, Wednesday night’s email said, adding that more hygiene stations will be added and the cleaning frequency of work areas be increased.

The electric carmaker also said it had not laid off anyone amid the coronavirus outbreak.

Officials from the city of Fremont were to meet with Tesla on Thursday to discuss a county-wide coronavirus lockdown order, a county spokesman said.

Tesla did not immediately respond to a request for comment on the meeting.

“We are moving ahead in the full understanding that they will have to comply with minimum basic requirements,” Ray Kelly, Alameda County’s public information officer, said.

Alameda County, where the factory is based, is one of six covered by an order from regional officials to “shelter in place,” which limits activity, travel and business functions to only the most essential, and advises people to stay home except for the most crucial reasons.

The county sheriff’s office said on Tuesday afternoon Tesla was not considered an essential business and cannot continue to operate its factory normally.

Minimum basic operations under the county’s order include maintaining the value of inventory, ensuring security and processing payroll and employee benefits.

The electric carmaker told its employees in an email on Monday that federal guidelines allowed it to keep operating vehicle manufacturing operations.

A spokeswoman for the Fremont police department on Wednesday said attorneys from the city and county were discussing how state and federal exemptions factored into the local lockdown order.

The coronavirus outbreak comes as Tesla ramps up production of its Model Y sport utility vehicle at the factory, which Musk has said will see higher demand than all of Tesla’s other models combined.

Alameda County officials on Wednesday said Tesla had agreed to reduce the number of active workers at its factory to around 2,500.

But Kelly, the county spokesman, said discussions were ongoing about halting vehicle production.

“It sounds to me like they very well could still be making cars. We are continuing to stress to them that they must move to minimum basic operations, if they are still making cars,” he said.

Separately on Thursday, hundreds of Twitter users welcomed an offer by Musk to make ventilators for coronavirus sufferers, after the United States appealed for donations of respirator masks to combat a shortage.

On Wednesday, the World Health Organization said it was in talks with China and others to help ramp up supplies of health equipment, while General Motors (N:) and Ford Motor (N:) said they were in talks with White House officials.

“We will make ventilators if there is a shortage,” Musk wrote on Twitter, responding to a fan’s suggestion the billionaire re-purpose a factory for the task.

The Trump administration on Tuesday urged U.S. construction companies to donate respirator masks to hospitals and healthcare providers fighting the virus, amid a nationwide shortage.