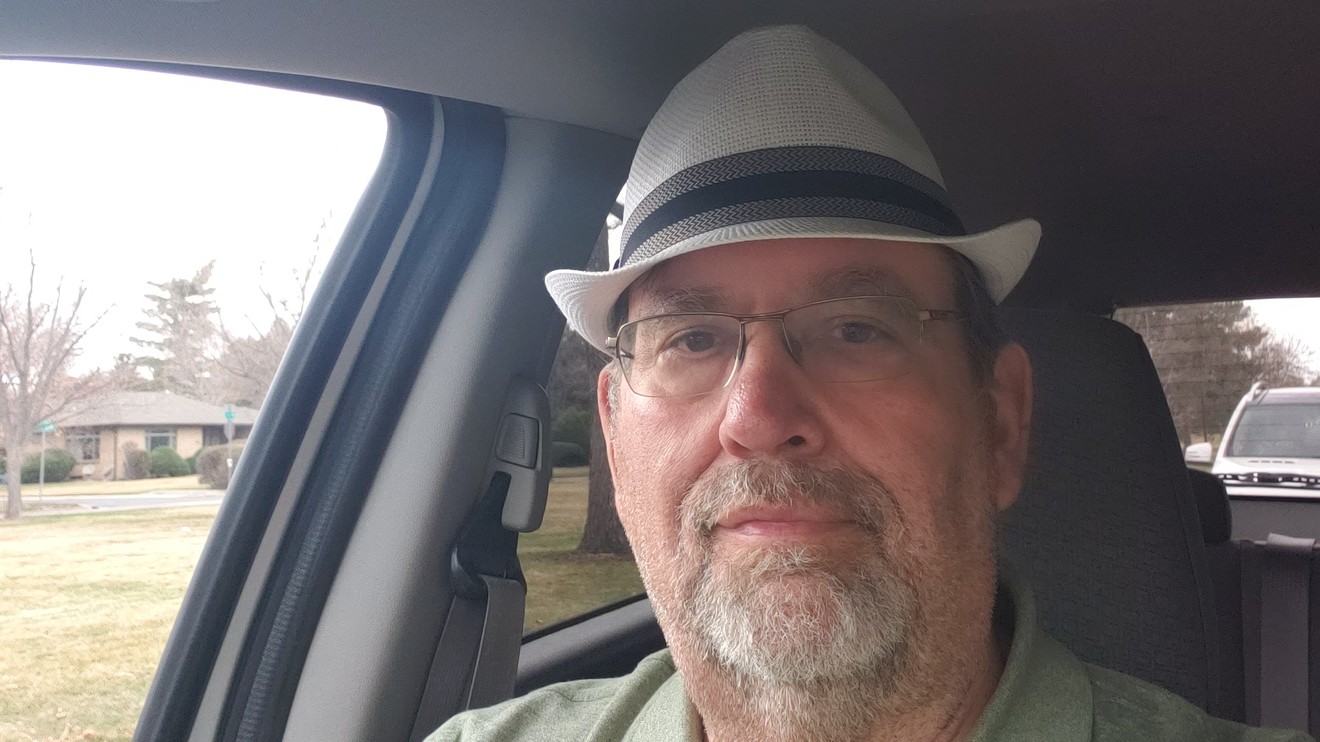 The Denver, Colo. man broke his own rule of thumb this Tuesday, the first night under the city’s new rules saying restaurants could only offer take-out and delivery instead of seating customers.

So would-be Denver diners stayed in and Walter stepped out. He made $318 during a 10-hour day, dropping off 27 meals on Tuesday. To put that in context: He only made $92 in 4.5 hours of work Monday.

Walter, 56, says he could get by without the delivery work he does via the delivery platforms GrubHub GRUB, +2.55%, Postmates, DoorDash and UberEats UBER, +38.12%. He makes $3,500 to $3,800 a month, before taxes and expenses, but that was before the restaurants in this city closed.

He doesn’t plan on stopping now. He’s curious to experience delivery life these days, but there’s something else too, he says.

“There’s a little more sense today, even more than couple weeks ago,” Walter told MarketWatch. Restaurants need dependable delivery staff to get meals out and customers need a friendly face — even if he’s standing a little farther from the door, he said.

“This is something I can do to try to help them along,” Walter said of restaurants. “These guys are fighting for their business now.”

Restaurants need dependable delivery staff to get meals out and customers need a friendly face — even if he’s standing a little farther from the door.

And with deliveries, “there’s this point of contact with people. Sometimes, I think people need that. Seeing that face just for a few seconds even. In this new normal, that can become something important for people.”

In recent days, Walter’s heard several versions of “thank you so much for bringing food to us” from customers. He also received two separate $25 tips on Tuesday.

Walter is working in a restaurant industry that’s cratering as customers stay home to avoid public places and possible contraction of the coronavirus. The 15.6-million worker industry could shed 5 to 7 million jobs and take a $225 billion loss over the next three months, the National Restaurant Association, a trade group, said Wednesday.

The Restaurant Workers of America, an employee advocacy group, posted YouTube GOOG, +4.32%  clips with stories from suddenly laid-off workers. “We just don’t know what we’re going to do,” a Seattle-area worker says, holding her cooing baby.

Don’t miss: Huge spike in Google searches for ‘unemployment benefits’ give a stark picture of economic carnage to come

At an American-style bar and grill, an Italian place and a Vietnamese restaurant, the mood Monday felt the same: “a funeral,” according to Walter.

When he picked up a delivery at the restaurant, there was a six- to eight-person kitchen and wait staff. He returned for a delivery the next day and the owner halved the staff.

“I’m guessing some places are not going to make it. But I’m also believing some places that shouldn’t make it will, just because of their determination.”

‘Some places are not going to make it’

“You could just tell with him that it broke his heart. He seemed more concerned about his people than his business,” Walter said.

But Walter’s also seen resolve from restaurants. On Tuesday, as the new rules sunk in on delivery and take-out orders, owners at a sandwich shop and an American food restaurant told him they’d find a way to get by.

Walter started doing deliveries in February 2018, after ending his job a business manager for a non-profit that provided city kids with bicycles. Before that, Walter spent 20 years in his hometown, Lincoln, Neb., working in a family business that sold phone and internet service.

Once moving to Colorado, Walter pursued his master’s degree, first at Denver Seminary. He then shifted to gerontology.

America’s aging population is in search of spiritual guidance, as well as food deliveries, Ron Walter says, and he wants to find a way to meet the need.

America’s aging population is in search of spiritual guidance, Walter says, and he wants to find a way to meet the need — which is actually how he got into food delivery.

Walter ended his non-profit job so he could focus on a way that churches can bolster ministry to senior citizens. And while he was doing that, Walter started delivering food to make some more cash.

“This is something I do, so I can do other things,” said Walter.

Walter created a website, Entrecourier.com, where he emphasizes food deliverers making money through online food delivery sites are their own boss. He has pointers on topics like taxes and saving money. Walter says his website is a test run for building some online platform devoted to senior-citizen ministry in the future.

Walter is different from many other gig workers right now. He doesn’t feel compelled to go outside for the money, though others say they can’t afford to stop working.

Walter’s figured out his approach. When he enters a restaurant now, he washes his hands first thing. He opens his catering bag and lets the restaurant worker drop the food in. Walter wipes down his catering bag several times a day with Clorox CLX, +0.24% wipes he bought on Amazon AMZN, +5.73%.

Four of his 27 deliveries Tuesday were “no contact.” That means putting the food on a customer’s porch or doorstep, taking a picture and letting them know it’s there. Other deliverers have developed that method, like one South Korean retail chain.

Four of his 27 deliveries Tuesday were ‘no contact’ — putting the food on a customer’s porch or doorstep, taking a picture and letting them know it’s there.

Walter says he might start texting customers ahead of delivery to let them know his precautions.

Uber Eats US:UBER  said it “working to provide drivers with disinfectants” but supplies are “very limited.” The company is waiving food-delivery fees, but a spokeswoman told MarketWatch that won’t impact pay to drivers.

Postmates launched its “no contact” delivery option and is creating a fund to defray medical and leave costs for drivers impacted by COVID-19. “Community health and safety is paramount at Postmates, and we continue to issue in-app, precautionary CDC guidance for those carrying out deliveries,” a spokeswoman said.

DoorDash said, among other things, it is defaulting to “no contact” delivery option. “We are in the process of shipping more than 1 million sets of free hand sanitizer and gloves,” Tony Xu, co-founder and CEO said in a blog post.

Walter’s not scared to go out, “but you start to see some things through different glasses.”

On Monday, he drove by a man in a coughing fit and he rolled up his window. The same day, a customer’s golden retriever bounded up to him. Walter, a dog lover, couldn’t resist a quick pet. “All of the sudden, I think, ‘Oh man! Did I do the wrong thing? Is the owner scared?’

“That kind of stuff,” he said, “sits in the back your mind.”