Home
Stocks
Key Words: Jerry Falwell Jr. says he’s ‘protecting‘ students by calling them back to Liberty University amid pandemic
Prev Article Next Article
This post was originally published on this site 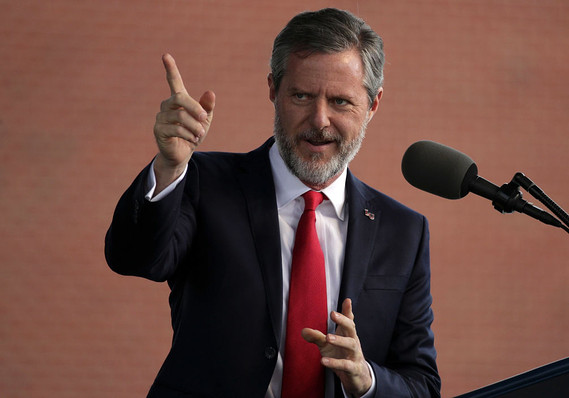 ‘I think we have a responsibility to our students — who paid to be here, who want to be here, who love it here — to give them the ability to be with their friends, to continue their studies, enjoy the room and board they’ve already paid for and to not interrupt their college life.’

That’s Liberty University President and fierce Donald Trump supporter Jerry Falwell Jr. telling the Richmond Times-Dispatch that school’s back in session for up to 5,000 students who will be allowed to return from their spring break to the Lynchburg, Va., campus.

This while, according to the Virginia Department of Health, there are at least 290 cases of COVID-19 in Virginia, including 45 people who have been hospitalized and six who have died.

Classes will resume online for the semester in order to comply with a state ban on gatherings of more than 10 people. Campus buildings, like the library and residence halls, will, however, remain open, and instructors are expected to hold office hours. Dining halls will be takeout-only operations.

“I think we, in a way, are protecting the students by having them on campus together,” said Falwell, who has been downplaying the pandemic in recent weeks. “Ninety-nine percent of them are not at the age to be at risk, and they don’t have conditions that put them at risk.”

Earlier this month, Falwell went on Fox News to suggest coronavirus concerns were overblown and the media was using the pandemic as a tool to take down President Trump.

“It’s just strange to me how so many are overreacting,” he said. “The H1N1 virus in 2009 killed 17,000 people, it was the flu also I think, and there was not the same level of hype. You just didn’t see it on the news 24/7 and it makes you wonder if there’s a political reason for that.”

COVID-19, the coronavirus-borne disease that has killed more than 18,000 since being identified in December, is not an influenza subtype. H1N1 was.

Not everybody at the school is on board. Longtime English professor Marybeth Davis Baggett called on Liberty’s trustees to overrule Falwell’s decision to keep campus open.

“Lives are at stake,” Baggett told the News & Advance. “I think this decision is a recipe for disaster, and I have been trying to push that as much as I have been able to internally.”