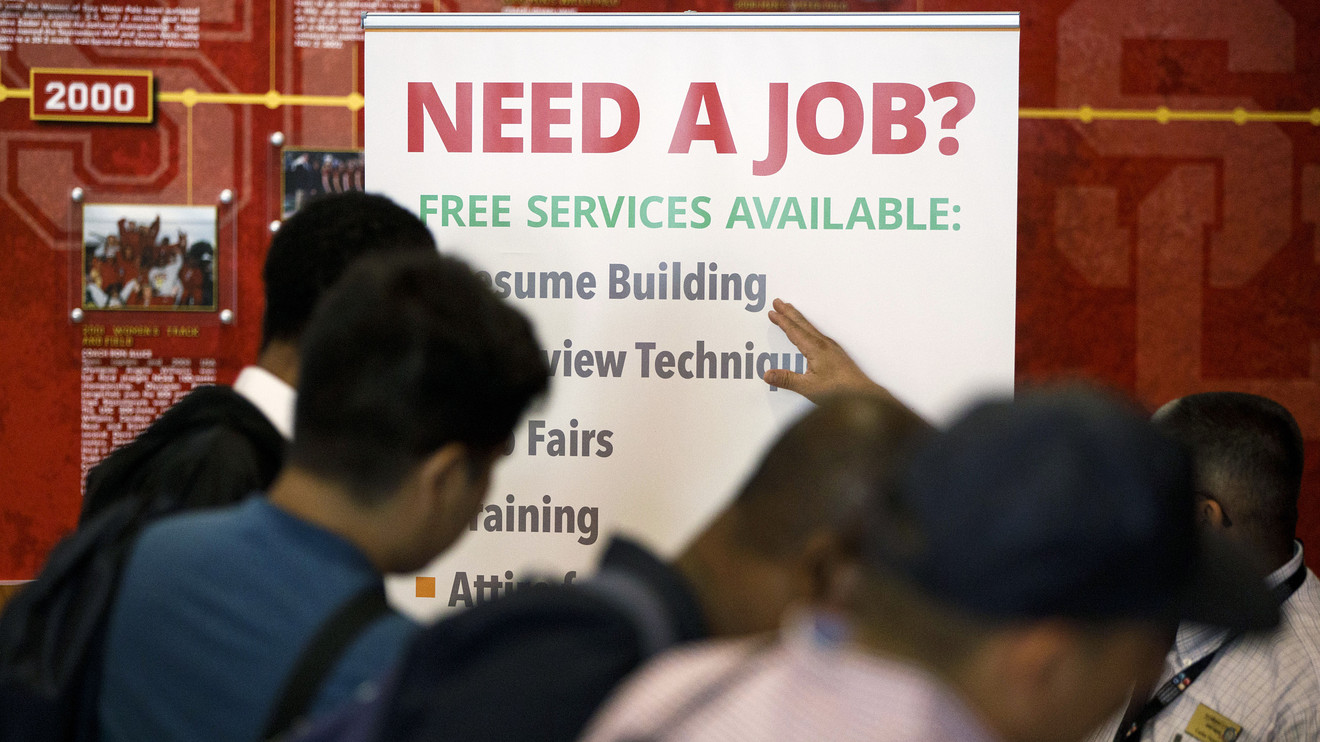 U.S. stocks jumped Thursday morning, despite a report from the Labor Department that showed unemployment claims soared to a record 3.28 million last week, as the coronavirus pandemic shut down businesses across the nation.

Investors took some comfort from the overnight passage of a historic $2 trillion economic stimulus bill by the U.S. Senate, putting it one step closer to being signed into law to mitigate the economic fallout from the coronavirus epidemic.

How are benchmarks performing?

The number of Americans filing for unemployment benefits surged to a record 3.28 million last week as businesses shuttered and laid off workers as part of efforts to slow the spread of the coronavirus, but investors had largely anticipated the data.

Initial jobless claims in the week ended March 21 of 3.28 million were up from 282,000 in the prior week and more than quadruple the previous record weekly new claims of 695,000 in 1982, according to Labor Department figures released Thursday. During the 2008-2009 recession the highest new claims in a week was 655,000. Continuing claims peaked at around 6.6 million in 2009 when overall unemployed numbers rose to about 15 million.

The coronavirus pandemic has infected 480,000 people globally and claimed more than 21,000 lives, according to data compiled by Johns Hopkins University. In the U.S., nearly 70,000 people have contracted the illness while 1,046 have died.

However, investors were heartened by the U.S. Senate late Wednesday approving a $2 trillion emergency relief package intended to help to mitigate the economic damage that the illness has already wrought on the U.S. economy. The House is expected to vote on the passage of the legislation on Friday and President Donald Trump could sign it into law by Saturday.

In addition, Federal Reserve Chairman Jerome Powell, on a morning talk show, said that Americans should know that the central bank is “working hard to support you now.”

“Investors cheered the impressive global policy response, but today’s data have them knowing the battle is daunting,” said economist David Rosenberg in a morning research note. “Nothing I see is characteristic of normal market behavior and I continue to see too much fragility to turn bullish on risk beyond a trade. Best I can say is that I am less bearish on the immediate post-Q2 economic outlook than I was prior to the vigorous government policy response.”

Still, Rosenberg pointed out, the upswing in stocks on Thursday suggested investors expect greater stimulus ahead.

In other economic news, U.S. gross domestic product for the fourth quarter was confirmed at 2.1%, and the February goods trade gap narrowed to $59.9 billion, the government said.

At 4 p.m. a report on the Federal Reserve’s balance sheet will be released. It may get more attention than usual after the central bank unleashed an array of bond-buying measures intended to help give a boost to markets hit by the pandemic.

How are other markets trading?

The U.S. dollar traded lower on Thursday, compared with a basket of its major peers. The ICE U.S. dollar index DXY, -1.00%  was down 1% after skidding 1.1% on Wednesday.

Wendy’s Co. WEN, +0.90%   said sales plummeted 20% in the most recent week. The fast-food chain also said it had drawn on its entire line of credit and suspended share buybacks to maximize cash on hand. Shares were 1.4% higher in morning trading.

Slack Technologies Inc. WORK, +14.21%   shares surged by double digits after CEO Stuart Butterfield said it had added half a million additional users between Monday and Wednesday this week.

Shares of Bristol Myers Squibb Co. BMY, +6.12%   rose nearly 7% early Thursday after the company announced the FDA had approved its new multiple sclerosis drug. The company will delay the release of the drug because of the COVID-19 outbreak, however.

GoPro Inc. GPRO, +1.92%   shares were slightly higher even after an analyst said customers were likely to shun both travel and adventure, “devastating” the stock.

Shares of Caterpillar Inc. CAT, +0.77%   were fractionally higher even after the company withdrew guidance.

Expedia Group Inc. EXPE, -1.46%   shares ticked down after a downgrade by Goldman Sachs.