Home
Market
Stocks – Europe Weakens; Policymakers in The Spotlight
Prev Article Next Article
This post was originally published on this sitehttps://i-invdn-com.akamaized.net/news/LYNXMPEB010HC_M.jpg 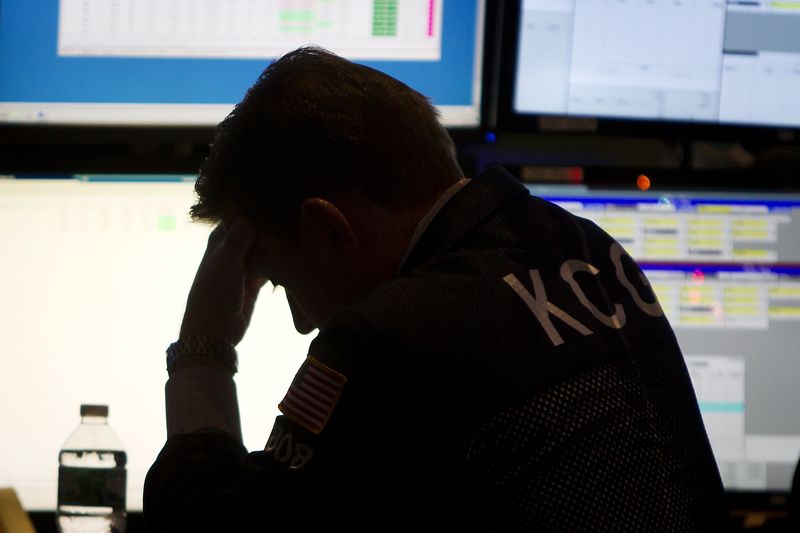 Investing.com – European stock markets pushed lower Thursday, amid concerns about the extent of the economic damage caused by coronavirus pandemic as investors still wait for action from policy makers.

The latest economic releases in Europe showed German consumer morale hitting its lowest level since 2009 while French business confidence plunged at a record pace in March, to its lowest since 2014.

The extent of the hit to Europe from the coronavirus, both in terms of lives lost and economic damage, has prompted nine European countries to call for the issuance of so-called corona bonds — a new debt instrument that would combine securities from different countries and enable more fiscally impoverished nations to obtain cash on favorable terms to combat the outbreak.

These bonds would be controversial, and attention now swings to a key conference call between the 27 leaders of the European Union later Thursday.

In the U.S., the Senate finally managed to pass a stimulus package to the tune of $2 trillion late Wednesday, and the fate of the bill now rests with the House of Representatives. A vote there is not expected until Friday.

The weekly jobless claims report, at 8:30 AM ET (1230 GMT), is set to offer the clearest evidence yet of the pandemic’s impact on the U.S. economy.

A huge number is expected, especially after California’s state governor Gavin Newsom said Wednesday that more than a million people from his state alone had filed for unemployment this month.

“Markets are expecting bad news but this number will now matter a lot over the next few weeks, as being one of the key drivers of how long the U.S. economic downturn is likely to last,” said Paul Donovan, chief economist with UBS Global Wealth Management, in a morning call.

The Bank of England hosts its scheduled March meeting later Thursday. However, the central bank has already made two emergency cuts to interest rates this month, as well as boosting its bond-buying program, and thus is likely to hold off on further action.

In corporate news, Airbus (PA:AIR) announced Thursday that it’s reducing the production of aircraft wings for three weeks as it slows operations to put in place extra health and safety measures due to the coronavirus outbreak. Airbus shares climbed 1.9%.

Shares in Casino Guichard Perrachon (PA:CASP) fell 4% after the French retailer reported a fall in underlying net profit for 2019, despite an increase in revenue driven by France and Latin America.

Oil headed lower Thursday, still under pressure as the coronavirus pandemic continues to slow economic growth and oil demand, the latest blow to which came in the shape of India announcing a three-week lockdown earlier this week.’