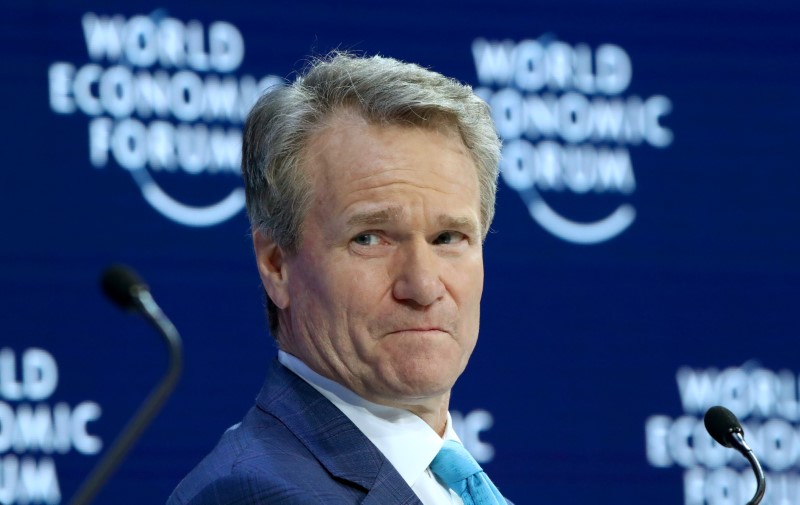 (Reuters) – Bank of America Corp (N:BAC) is better positioned to focus on operations rather than financial risk during the coronavirus outbreak, thanks to regulatory safeguards put in place after the financial crisis in 2008, Chief Executive Brian Moynihan said on Friday.

“What’s different this time is clearly our capital liquidity,” Moynihan said in a CNBC interview. “Everything that changed has led the banking industry be in a great condition to service clients continuously for the last few weeks as this thing has hit.”

The second largest U.S. bank by assets has extended more than $50 billion in loans this so far month to commercial clients looking for cash to survive the coronavirus recession. The retail division has fielded more than 150,000 requests to defer payments on mortgages and auto loans. Many requests are managed digitally, he said.

The bank has also been hiring and reallocating employees to the consumer bank to help manage a surge in requests related to the pandemic, according to a memo seen by Reuters. So far this month the Charlotte-based bank has hired 2,000 people and shifted 3,000 internal employees to support its consumer bank.

Bank of America followed its peers like Morgan Stanley (N:MS) and Wells Fargo & Co (N:WFC) in reassuring employees that they would not be hit by layoffs in 2020, according to the memo sent to employees on Friday.

“We don’t want our teammates to worry about their jobs during a time like this,” Moynihan said.