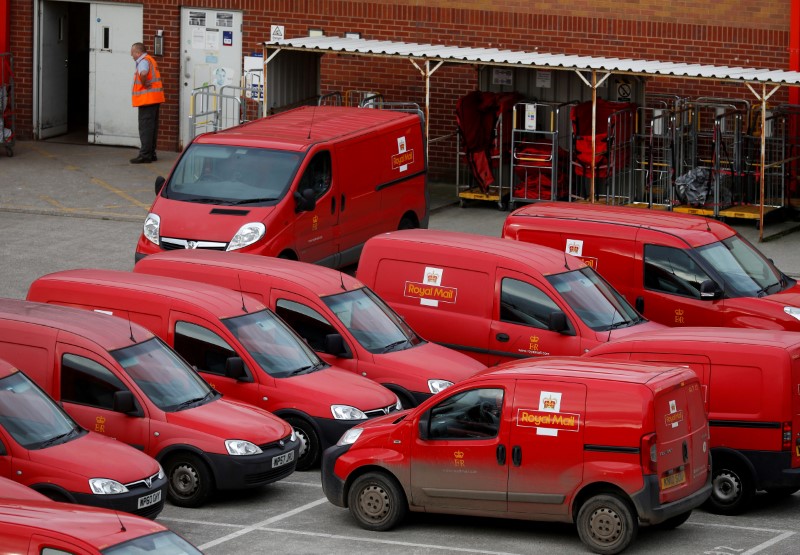 (Reuters) – Britain’s Royal Mail (L:RMG) on Friday became the latest company to say the coronavirus had delayed plans for a radical turnaround and also canceled its dividend and suspended financial forecasts for the next year.

The former monopoly and one of the world’s oldest postal companies last May pledged to invest 1.8 billion pounds ($2.19 billion) to transform itself into a sustainable, profitable operation by 2024. It has since been locked in negotiations with its labor union.

“Uncertainty around the length and impact of the COVID-19 pandemic, means we now believe it will take longer than expected to achieve the targets laid out in our Journey 2024 plan,” the company said in a statement.

It was too early to predict accurately the financial impact from the virus-related disruptions, but it said it expected its British business to be loss-making in the financial year 2020-21 and business-to-business volumes to continue to decline.

The company, which provides letter and parcel deliveries to more than 30 million businesses and households, said it cannot rule out scaling back its services as the situation develops.

It also said volumes of advertising mail had fallen heavily since the outbreak and its international operations have seen lower volumes following restrictions in many countries, especially China, where the coronavirus began in December.

Its parcels business, however, has experienced increased activity over the last two weeks, as more people shop online to avoid public spaces because of their fear of infection.

The banking group HSBC (L:HSBA) is delaying the “vast majority” of its planned redundancies to deal with the fallout from the coronavirus, a memo to staff seen by Reuters said.

Britain’s BBC has also suspended plans to cut 450 jobs as it faces the demands of delivering news on the outbreak.

Following guidance from the Financial Conduct Authority and Financial Reporting Council to British companies, the Royal Mail said it will postpone its fiscal 2019-20 results, which had been scheduled for May 21.