Home
Stocks
Commodities Corner: Why a Saudi Arabia-Russia deal to cut oil output would mean nothing without U.S. cooperation
Prev Article Next Article
This post was originally published on this site 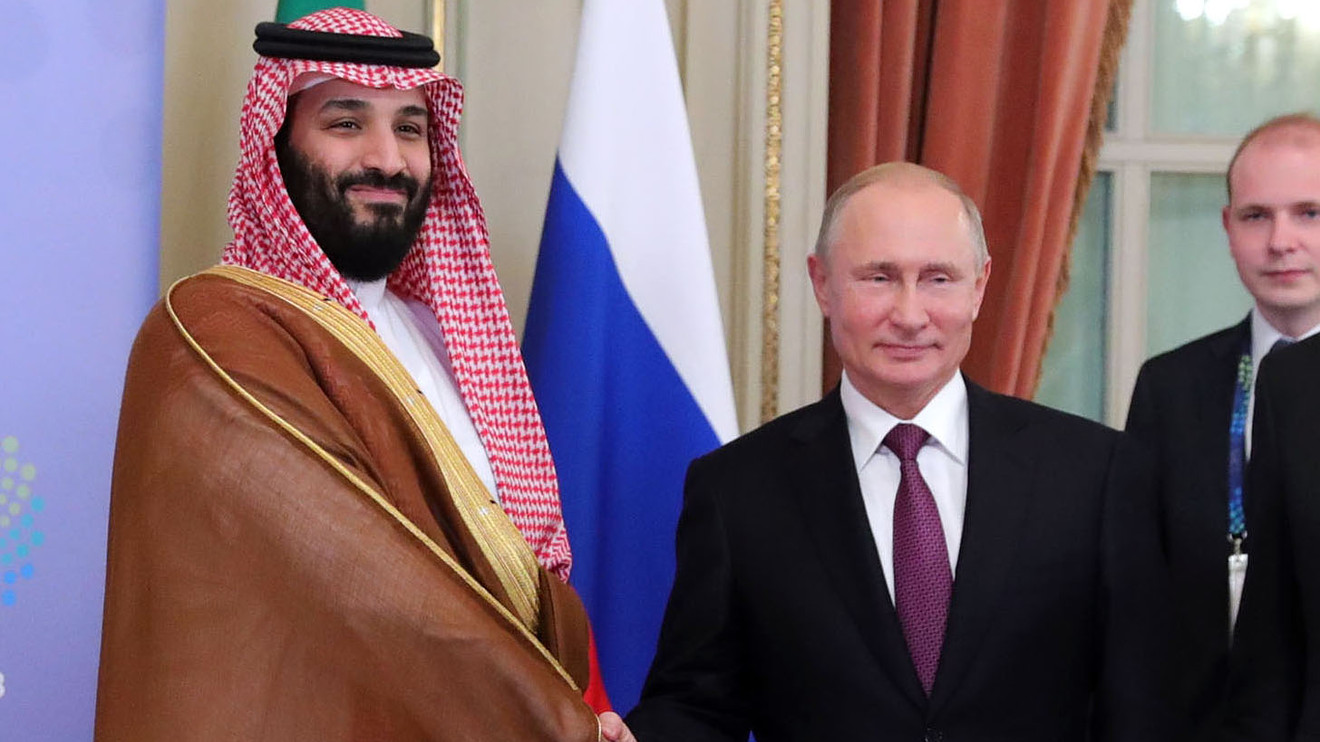 A deal to rescue the oil market has to involve Saudi Arabia and Russia, but would not be complete without the cooperation from the United States, the world’s largest crude producer.

Oil prices on Friday posted their largest weekly gain on record, buoyed by expectations that Saudi Arabia and Russia will work together to cut global crude production, but analysts said any agreement to stave off a market surplus would likely need help from the U.S., which hasn’t yet mentioned plans to reduce its near-record production level.

That’s particularly important as President Donald Trump on Thursday stepped into the fray between Saudi Arabia and Russia, the world’s second and third largest crude producers.

A Saudi-Russia oil-price war began in early March when the Organization of the Petroleum Exporting Countries, with its de-factor leader Saudi Arabia, and allied oil producers led by Russia, failed to reach a production-cut agreement.

Trump tweeted Thursday that he expects the Saudis and Russian to agree to cut oil output by 10 million to 15 million barrels per day.

Following that tweet, Saudi Arabia called for an “urgent” OPEC+ meeting. Major oil producers are now set to debate production cuts of at least 6 million barrels a day in a virtual meeting on Monday, the Wall Street Journal reported.

“Calling for an emergency meeting is one thing, cutting production and the timing of the cut is another,” independent energy expert Anas Alhajji told MarketWatch.

He believes oil prices will remain low even if OPEC+ cuts production because “whatever they cut, they cannot sell anyway,” given the “massive” drop in oil demand.

And the likelihood of the meeting was cast into doubt by Saturday after Saudi Arabia sharply rebuked Russia for placing blame for the oil price-collapse on the kingdom.

Need for a deal

The Economist Intelligence Unit expects Saudi Arabia and Russia to reach an agreement to end their price war earlier than previously expected —in the second quarter of this year, said Cailin Birch, an EIU global economist. The EIU had expected a deal to be reached in the third quarter, “once economic and logistical realities forced [the Saudis and Russians] to rein in their production booms.”

“ ‘The depth of the production cuts under discussion remains unclear, and there is a high risk that talks will fail.’ ”

“That said, the depth of the production cuts under discussion remains unclear, and there is a high risk that talks will fail,” she said. Still, EIU “tentatively” raised its Brent crude oil-price forecast to $36 a barrel in 2020, from a previous view of $32.

The collapse in the OPEC+ talks in early March combined with global efforts to contain the spread of the COVID-19 pandemic, led to a drop in demand for oil, and pushed prices for crude toward their lowest levels in nearly two decades.

“Over the past few months, oil has certainly been one of the biggest casualties of the coronavirus outbreak with the commodity concluding Q1 shedding roughly 65%,” said Lukman Otunuga, senior research analyst at FXTM. “As fears around a global recession mount and lockdowns across the world hit demand, the outlook for oil remains bleak.”

OPEC+ could “throw the commodity a lifeline and even create a floor if a meaningful deal is reached on Monday,” Lukman told MarketWatch. “Such cooperation and teamwork may bring supply levels closer to the anaemic demand that comes with a global recession.”

Analysts stressed, however, that strong U.S. production has put a limit on any price gains for oil.

“The success of the U.S. shale oil sector has been responsible for the hike in supply that has kept a ceiling on oil prices, but has also contributed to the breakdown of the OPEC+,” said Dr. Warwick Knowles, senior economist at commercial data and analytics company Dun & Bradstreet.

“Saudi Arabia, Russia and other countries may question why they should cut back their production” if the U.S. is not doing as much, he said. “From their perspective, the U.S. shale sector could benefit not only in terms of increased output, but also stronger prices.”

Trump met with oil-industry chief executives on Friday and vowed that the U.S. energy sector will revive.

“Any agreement [to cut global oil supplies] would most likely have to implicate U.S. oil producers,” but “direct price-setting activity by U.S. firms would violate antitrust laws,” said Birch. “U.S. state or federal authorities could potentially explore state-mandated production caps, which would go some way to appease Russia and Saudi [Arabia].”

That, however, would be an “entirely unprecedented move, and it remains unclear what the legal basis for such a measure would be,” she said.

Still, “without some sort of assurances from the U.S., the Saudi/Russia talks will probably be put off until the third quarter, once global storage capacity is maxed out,” Birch said, adding that EIU’s oil forecast assumes that global capacity will top out by the end of June.

More hope for action by the U.S. also came in the form of a tweet from Texas Railroad Commissioner Ryan Sitton Thursday, who said he spoke with the Russian energy minister Alexander Novak and that they both agreed that the pandemic required an unprecedented level of international cooperation.

“The idea that U.S. authorities would be involved in any discussions about a strategic balance of oil production—rather than letting oil market conditions determine the price and therefore [a] firm’s competitiveness—is remarkable,” said Birch.

Whiting Petroleum Corp.’s bankruptcy filing this week contributed to expectations that U.S. oil companies may soon be forced to cut production as prices continue to fall. Whiting was one of the major producers in the Bakken field in North Dakota.

“Whiting may be the first of many such problems for refiners and there are likely to be significant reductions in [refinery] utilization as demand for refined products, gasoline and distillates, diminishes,” said IHS Markit’s Steeves.

Already, data from Baker Hughes released this week suggest that a sizable fall in U.S. oil production is ahead. On Friday, the company reported that the number of active U.S. rigs drilling for oil fell by 62 to 562 this week. That followed a total oil-rig decline of 52 in the prior two weeks.