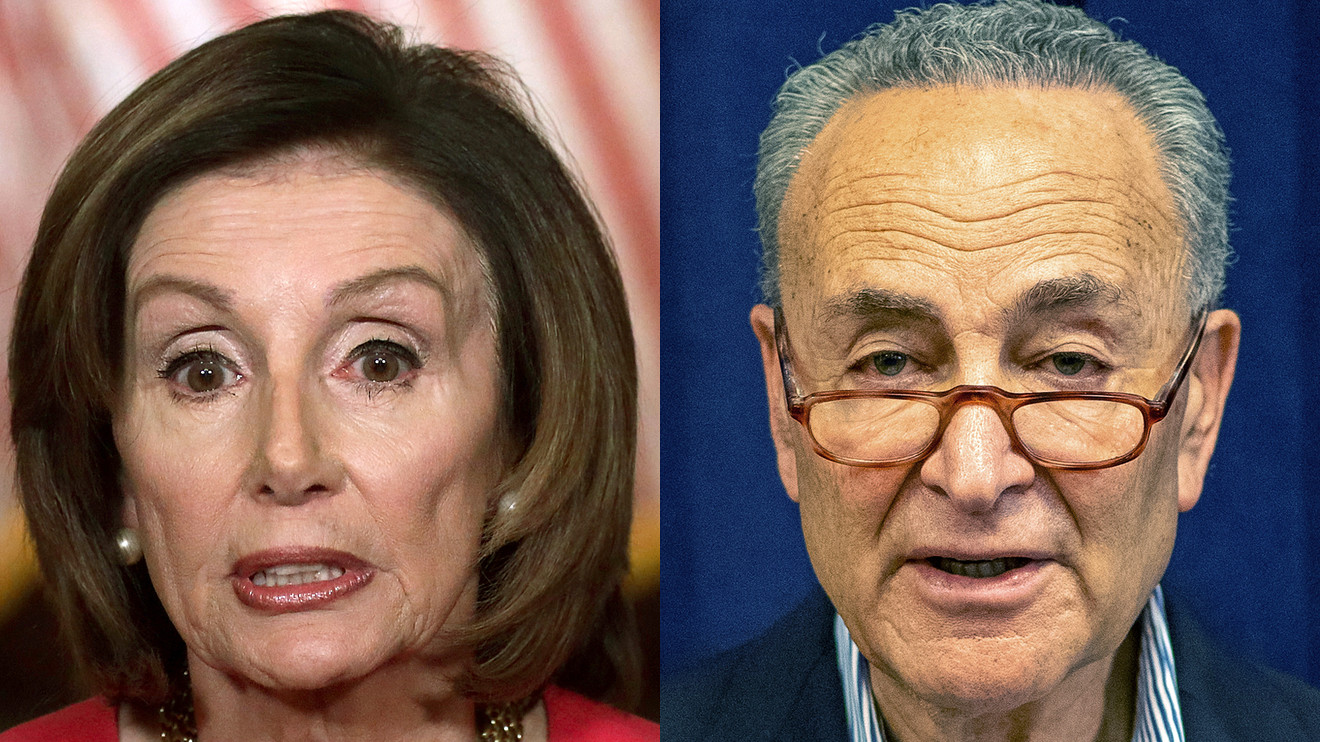 As Republican lawmakers and the Trump administration push for additional coronavirus aid for small businesses, top Democratic lawmakers on Wednesday said they want that assistance to get packaged with more money for health-care institutions, state and local governments and food-stamp recipients.

Republicans on Tuesday called for an additional $250 billion for a Paycheck Protection Program that started out with $350 billion, saying the GOP-led Senate and Democratic-run House could provide approval through unanimous consent or voice vote by the end of this week, while most lawmakers are back home.

House Speaker Nancy Pelosi and Senate Minority Leader Chuck Schumer said in a statement Wednesday that they want the extra $250 billion for PPP, with $125 billion of the program’s loans channeled through community-based financial institutions, as well as $100 billion for hospitals, community health centers and health systems to help with virus testing, protective gear and other needs.

The two lawmakers also called for “$150 billion for state and local governments to manage this crisis and mitigate lost revenue, doubling down on the investment secured in the CARES Act.” The $2 trillion aid package that was signed into law on March 27—Washington’s third measure in response to the coronavirus crisis—is known as the CARES Act.

In addition, Pelosi and Schumer backed “strong additional support for families” through a 15% rise to the maximum Supplemental Nutrition Assistance Program (SNAP) benefit.

“After we pass this interim emergency legislation, Congress will move to pass a CARES 2 Act that will extend and expand the bipartisan CARES Act to meet the needs of the American people,” the California congresswoman and New York senator said in their statement.

The CARES 2 Act refers to the fourth legislative response to the coronavirus crisis that Democratic and Republican lawmakers and President Donald Trump’s administration are working on. Analysts have predicted that big spending package could cost about $1 trillion and not become a reality for several weeks.

U.S. stocks DJIA, +1.33% SPX, +1.32% have been plunging for weeks on coronavirus-related worries but have pared some of their losses thanks in part to hopes surrounding Washington’s aid programs.