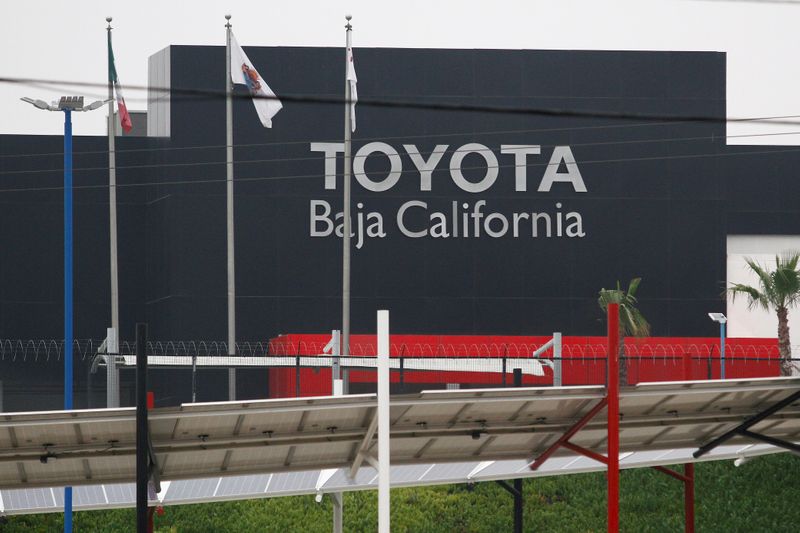 The Japanese automaker cited the ongoing COVID-19 pandemic and decline in vehicle demand to extend the halt of production at all of its automobile and components plants in Canada, Mexico and the United States.

Toyota will not furlough its direct employees, but has asked its hourly plant employees to take two days out of the 10 day extension as paid time off or they can go without pay if they don’t have accrued leave.

For Toyota’s 5,000 workers provided by outside agencies, Toyota is releasing those workers back to their agencies. Toyota will continue to pay the benefits of those workers for the time being, and they may be eligible for unemployment.

On Tuesday, Honda Motor Co and Nissan Motor Co on Tuesday said they had furloughed thousands of workers at their U.S. operations as the coronavirus pandemic slashes demand for cars in the country.

A spokesman for Honda, which employs about 18,400 workers at plants in Alabama, Indiana and Ohio, said the Japanese automaker would guarantee salaries through Sunday, having suspended operations on March 23. The plants will be closed through May 1.

Nissan said it was temporarily laying off about 10,000 U.S. hourly workers effective April 6. It has suspended operations at its U.S. manufacturing facilities through late April due to the impact of the outbreak.

Automakers are facing a dramatic drop in sales in the United States, the world’s second-largest car market, after some states barred dealers from selling new cars while “stay-at-home” orders are in place. Fiat Chrysler Automobiles NV on Monday extended its shutdown of U.S. and Canadian plants until May 4.