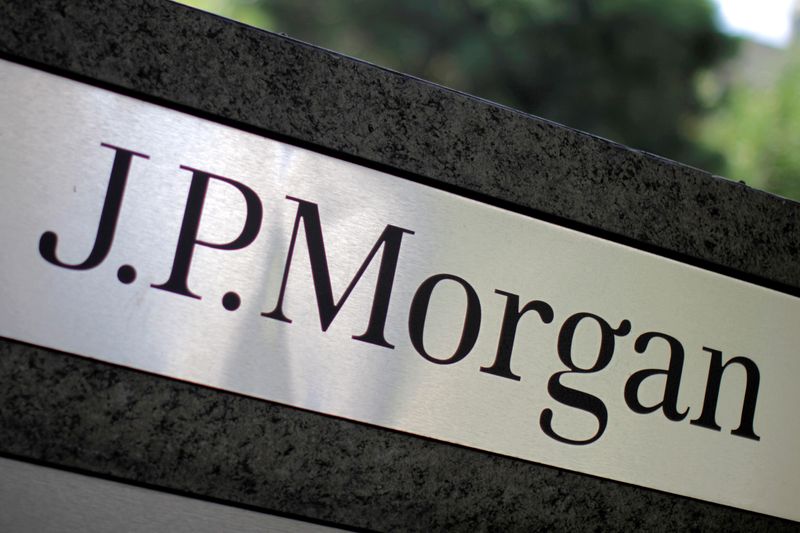 DUBAI (Reuters) – JPMorgan (N:JPM) is seeking to sell at a discount loans raised by the sovereign wealth funds of Saudi Arabia and the United Arab Emirates, according to two sources and a document, as banks brace for a borrowing spree in the Gulf due to low oil prices.

Banks tend to hold loans they grant to Gulf governments in their portfolios, only selling down their exposure quietly through bilateral transactions as they don’t want to be seen as dumping the paper in the market, two banking sources said.

This helps them maintain good relationships with the borrowers in light of future funding requests, but with loans raised by oil-rich Gulf states generally trading at par value, there are also few incentives for other banks to buy them in the secondary market.

However, as Gulf government and state entities seek to raise funds after the recent plunge in oil prices and the coronavirus pandemic strained budgets, banks have been trying to make room for new borrowing requests by selling down some of their exposure, the two sources said.

JPMorgan this week tried to sell down loans it has made to Saudi Arabia’s Public Investment Fund (PIF) and Abu Dhabi’s Mubadala, among a few other regional names, according to a loan document known as axe sheet, seen by Reuters.

Other banks with large exposures to Gulf governments have also tried to offload loans over the past few weeks, a Gulf-based source said.

“Everyone wants money these days and we can’t give everyone money,” said the source, speaking anonymously due to commercial sensitivities.

“Even if you put aside the current market environment, this is a region which has seen an increase in borrowing requests over the past few years so we need to make room.”

The source stressed that the sale of the loans was not a sign of a change in the creditors’ financial condition, with repayments due as per the agreements.

The PIF debt JPMorgan has been trying to sell is part of an $11 billion debut syndicated loan the sovereign wealth fund raised in 2018 from 15 banks, including the U.S. lender.

Gulf states have borrowed tens of billions of dollars since oil prices collapsed in 2014/2015, taking advantage of low global rates to refill their oil-dependent state coffers, with Saudi Arabia alone borrowing more than $100 billion through loans and bonds over the past few years.

“Generally the expectation this year is there will be a lot of asks for the region … so you make room ahead of that,” the source said.

Some banks were hesitant to participate in that deal given the low interest rate on offer and in light of their already big exposure to Saudi entities, sources have told Reuters. [nL8N24Q55B]