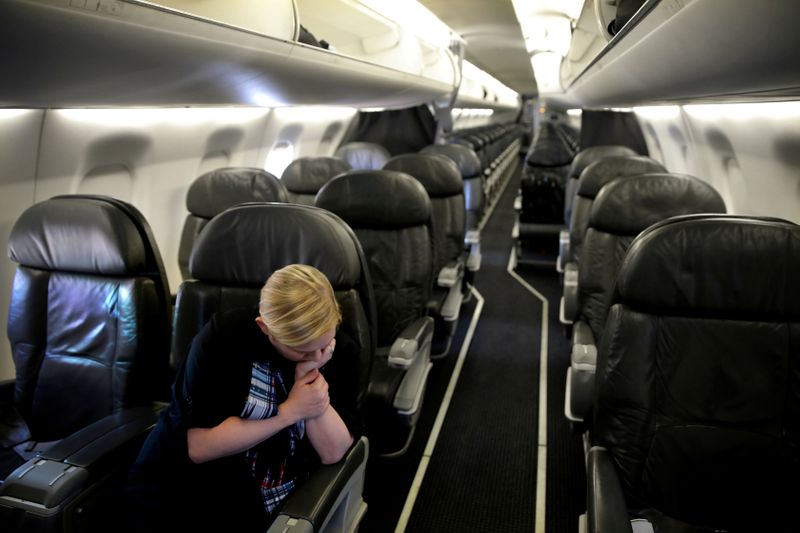 WASHINGTON/CHICAGO (Reuters) – U.S. Treasury Secretary Steven Mnuchin is holding calls with airline CEOs throughout the day and could announce details of a $32 billion payroll grant package later this afternoon, people briefed on the matter told Reuters.

U.S. President Donald Trump said on Thursday that airlines could receive details this weekend about the terms of the package meant to offset the impact of the coronavirus outbreak this weekend.

Under the $2.3 trillion CARES Act, passenger airlines are eligible for $25 billion in cash grants for payroll while cargo carriers can get $4 billion and airport contractors like caterers and airplane cleaners $3 billion.

While some of the money will be “clean,” Treasury could require companies to repay a portion at a low interest rate that could increase after five years, according to sources.

It is also likely to demand warrants for at least some carriers, with the amount linked to the company’s risk profile, though the terms and final numbers were still unclear and could still change as talks continue, they said.

American Airlines is the most indebted of the top six carriers and could face the toughest terms, the sources said.

Smaller regional carriers are set to receive under $100 million each but would not have any equity requirements, the people said on Friday.

Airlines say they are suffering the worst crisis of their history as travel demand has dwindled to less than 5% of normal levels, but will need trained staff ready to service flights once the coronavirus health crisis subsides and the economy starts to recover.