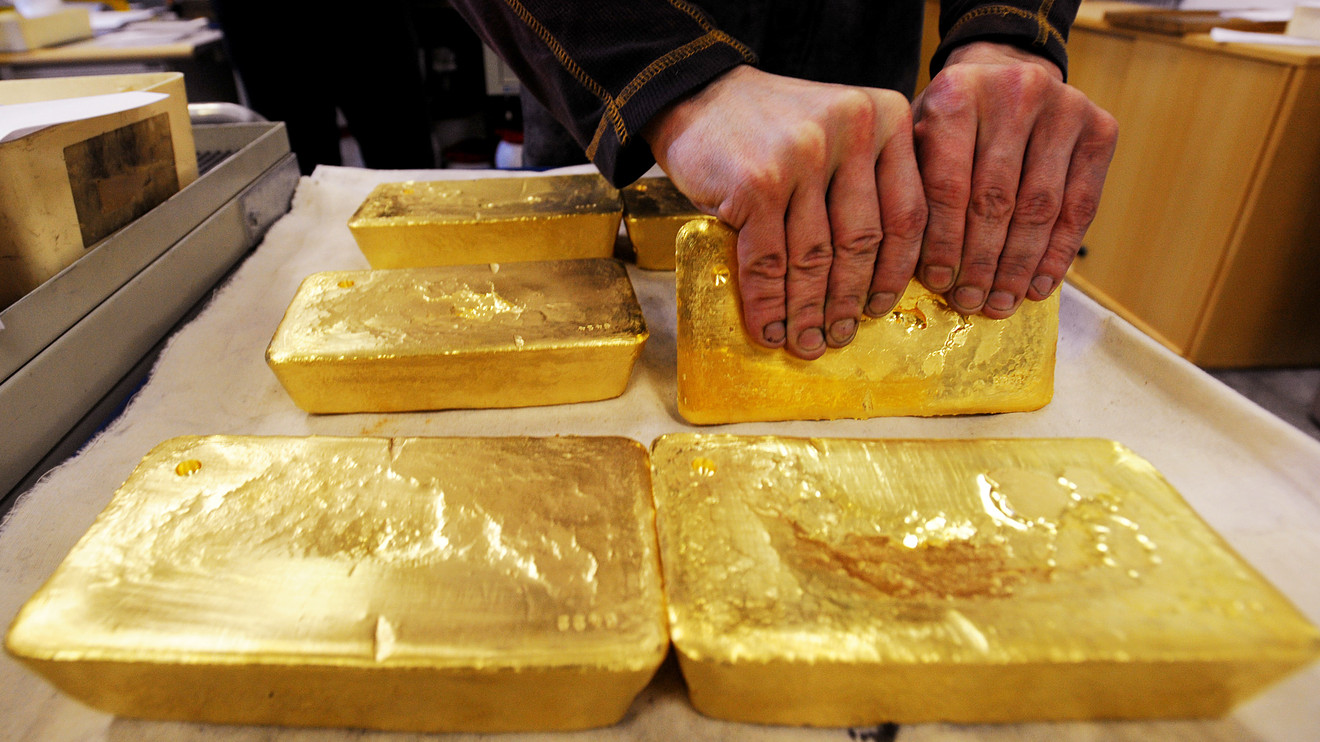 The U.S. Labor Department on Thursday reported that 5.25 million workers who have lost their jobs applied for unemployment benefits last week, driving the number of coronavirus-related layoffs above 21 million in just one month.

“U.S. economic data covering the past few weeks is showing just how much damage has been inflicted on U.S. businesses,” said Jim Wyckoff, senior analyst at Kitco.com, in a daily note.

Also on Thursday, U.S. data showed that the Philadelphia Fed manufacturing index in April dropped to -56.6, the lowest reading since July 1980 and builders started construction on new homes at a pace of 1.22 million in March—a 22% decline from a revised 1.56 million in February.

Downbeat data have reinforced the perception that the economy is weakening at an unprecedented clip, setting the state stage for a slow and long recovery, referred to as U-shaped.

“In another potentially ominous development for North America, reports say Chinese consumers coming out of the coronavirus lockdown that lasted several weeks are not in a spending mood,” said Wyckoff. “This contradicts notions that once the lockdowns are lifted, holed-up North American consumers will coming out swinging regarding spending at retail outlets.”

Against that backdrop, haven gold has found support. Gold for June delivery GCM20, +0.78% on Comex was advancing $12.70, or 0.7%, to $1,752.90 an ounce. Prices are set to recover part of the 1.6% decline on Wednesday, which brought the metal to its lowest finish for most-active contract since April 8 and halted a four-session string of gains, according to FactSet data.

Gold has mostly held its ground above a significant level at $1,700, with commodity investors expecting the precious metal to remain buoyant amid growing efforts by global central banks and governments world-wide to avert a deep global recession.

“Technically we are still in a bullish scenario, with the gold price not being boosted by the risk scenario but from the awareness that central banks are going to be forced to print a huge quantity of liquidity in the next months, and probably years too,” wrote Carlo Alberto De Casa, technical analyst at ActivTrades, in a daily research note.

Near limitless monetary stimulus by the Federal Reserve to alleviate liquidity and credit pressures in the financial markets and trillions of dollars of support from the federal government to help businesses and workers also are viewed as an environment that will be supportive of gold buying.

Meanwhile, assets considered risky like stocks have gained some altitude on the prospects of reopening the U.S. economy soon. U.S. benchmark stock indexes traded on a mixed note in Thursday dealings, but held onto a gain month to date.