Home
Stocks
Brett Arends's ROI: The nursing home COVID-19 tragedy — how did this happen?
Prev Article Next Article
This post was originally published on this site 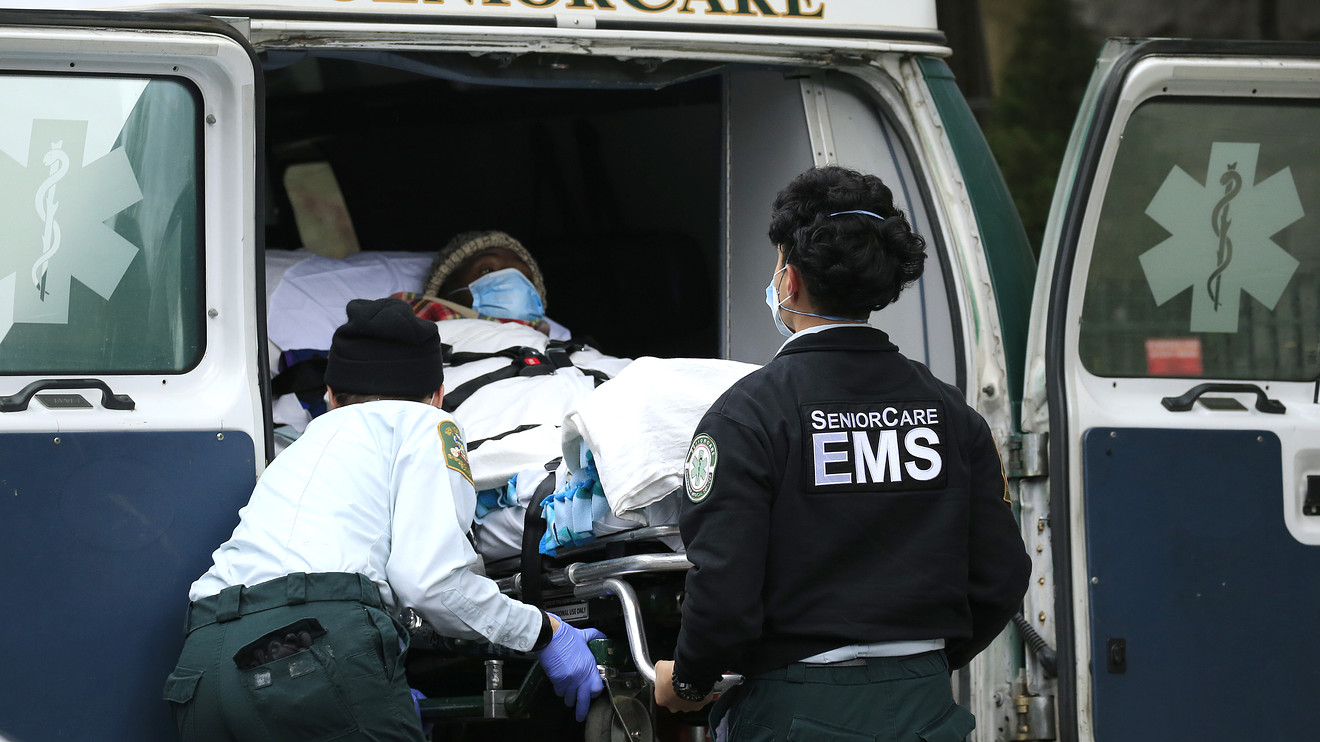 The governor of Massachusetts — a Republican, and a former health care executive — wants to know why so many people had to die in nursing homes from the COVID-19 epidemic.

“This is one [topic] that’s going to require some pretty-heavy duty analytics,” he said Wednesday. We need “to figure out exactly, A: what went wrong, and, B: what needs to be done on a go-forward basis to make sure it doesn’t happen again,” he said.

More than half of those who have died of the virus so far in Massachusetts were residents in nursing or long-term care homes. New York state has actually seen even more nursing deaths per person. A new study from the London School of Economics suggests the figures are similar in other parts of the world.

Horror stories abound, from Andover, N.J., to Holyoke, Mass. And some say the death numbers may be understated. Longtime industry critic and elder advocate Carol Herman, who has run the nonprofit Foundation Aiding The Elderly for more than 35 years, says she’s learned to distrust the “cause of death” claimed on certificates in nursing homes.

“I’ve seen so many erroneous death certificates,” she says.

The COVID-19 stories are just as bad, sometimes worse, overseas. But that’s no consolation — least of all for the bereaved.

Baker says it isn’t just the worst operators who’ve seen the worst cases. “I know a fair number of people who operate in that industry,” he says, “and some of the folks who suffered some of the most dismaying, disturbing and destructive outbreaks are terrific operators…Even in the assisted living space, some of the folks who’ve battled their way through some of the worst examples of COVID-19 penetration represent organizations that prior to that were considered by most of the among the very best players in their space.”

Baker, a former chief executive of Harvard Pilgrim, a nonprofit health insurer, points out that the coronavirus is especially insidious because you can carry the virus and be highly contagious for days without showing any symptoms. So it has been especially challenging to fight, he says.

But it still poses the heartbreaking question for many families: Couldn’t more have been done to protect the vulnerable, especially the elderly?

Read: Cuomo: Now is ‘not the time’ to bring elderly family members to nursing homes

The federal government regulates nursing homes through the Centers for Medicare and Medicaid Services, or CMS. They offer a “compare nursing homes” service in which each home is subject to a five-star rating system, like on Yelp.

There are 42 New York state nursing that have admitted to at least 10 COVID-19 deaths so far.

And 30 one of those homes are currently given a full “five star” rating by the CMS for “quality of care,” and not one is rated below average for care quality.

More than half were given four or five stars overall, and just five were rated below average.

“The Centers for Medicare & Medicaid Services strongly supports transparency, and has worked over the past several years to improve public access and understanding of nursing home inspection reports,” said the agency in a statement. “This has allowed us to expand the information available to consumers, including through CMS’ Nursing Home Compare (NHC) website. CMS developed NHC and the Five Star Rating System to provide consumers with an easy way to search for and compare nursing homes certified by Medicare or Medicaid.”

But not everyone is convinced.

The rating system is “totally bogus,” says FATE’s Carol Herman. “I’ve had more problems with facilities that have a five-star rating where they’ve abused patients. I tell my clients, don’t look at the ratings. I never go on the CMS rating.” She says much of the data depends on self-reporting by the operators.

It leaves those shopping for a nursing home for a family member facing difficult choices. We recently published this helpful guide. Experts advise that if you’re considering a home, try asking family and friends for recommendations. If you choose a home near you, you’re more likely to keep tabs on the level of care. And before choosing that place for your grandparent, drop by a few times unannounced to see what it’s really like when they think no one is looking.

Families have typically been concerned with levels of care and the risk of abuse. Keeping your grandmother safe from a pandemic may not have been high on the priority list.

“The long-term care industry is not being monitored, and regulations are not being enforced,” says Herman.

It’s less than a year since the U.S. Government’s independent watchdog, the Government Accountability Office, reported rising abuse in nursing homes. While confirmed abuses were “relatively” rare, it said: “Abuse deficiencies cited in nursing homes more than doubled, increasing from 430 to 875 in 2017, with the largest increase in severe cases.”

Meanwhile, in response to the COVID-19 crisis, the nursing home industry is now asking state governments for legal immunity.

“[M]ore needs to be done to afford appropriate legal protection to those that are working hard to prevent and contain this virus from spreading,” Mark Parkinson, president and chief executive of the industry trade association AHCA/NCAL, tells MarketWatch in a statement. “We encourage every state to extend sovereign immunity provisions to the long term care providers and other health care sectors associated with care provided during the COVID-19 pandemic.”

“Long term care workers and centers are on the front line of this pandemic response and it is critical that states provide the necessary liability protection staff and providers need to provide care during this difficult time without fear of reprisal,” he says.

But problems run deep. The pay in the industry is low, the demands are high, and many say the incentives are all wrong. A look through the piles of federal lawsuits filed against nursing homes in recent years yields a similar dismal tale time and again. Too many patients needing too much care. Far too few staff, paid far too little.

One thing that’s likely to have helped spread COVID-19 through nursing homes: The parade of part-time staff and orderlies, doing shifts in one place and then another.

AHCA/NCAL says it’s insulting to criticize the front-line staff for how the industry has handled the crisis, rather than, say, the executives or stockholders.

“This type of criticism is a disservice to the brave heroes of this fight, who leave their families every day to care for others,” says spokeswoman Beth Martino.

The COVID-19 outbreaks, Martino says, “are not the result of inattentiveness or a shortcoming in nursing homes. Nursing homes and assisted living communities are doing everything they can with the limited resources they have been given to slow the acceleration of the virus for our residents. We desperately need help with more personal protective equipment (PPE), priority and regular testing, and additional staff support…It’s time for America to rally around our long term care residents and caregivers so we can get the help we need.”