Home
Stocks
Kelley Blue Book: Why this might not be the best time to get a good deal on a used car
Prev Article Next Article
This post was originally published on this site 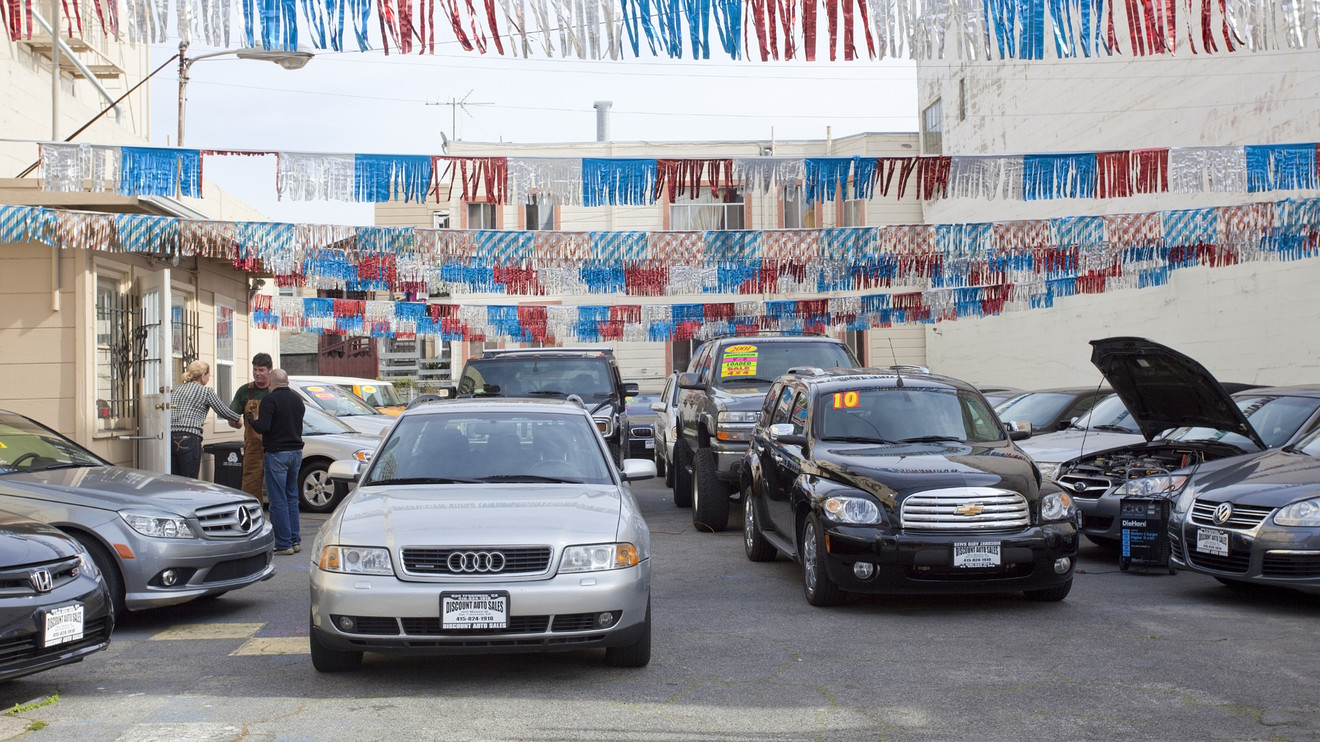 We’ve taken notice of the recent headlines warning of an impending car-price collapse and that used-car prices have cratered. Those are strong statements indeed, and for anyone in the car-buying mode, it gets the gears turning: Is this a good time to buy, sell or trade-in a used car? It’s a fair question.

But like Facebook FB, +1.47% relationships and crude-oil futures, the answer: It’s complicated. First, it helps to understand where we are and why media are writing, perhaps incorrectly, about an impending price collapse of used vehicles.

Much of the buzz stems from a recent report from the Industry Insights team at Cox Automotive, the parent company of Kelley Blue Book and KBB.com. On April 15, Cox released a special midmonth measure of the Manheim Used Vehicle Value Index (MUVVI). Manheim is the world’s largest wholesale auction chain where dealers buy preowned vehicles. The analytics team had never released data midmonth but did it because prices were dropping fast.

The MUVVI is like a stock-market ticker—think S&P 500 SPX, +0.42% or Dow Jones Industrial. DJIA, +0.11% The index is driven by data collected from the auction block showing how much dealers are paying for used-vehicle inventory. When the index is up, used vehicles cost more. When it’s down, they cost less.

No surprise: In mid-April, wholesale used-vehicle prices had tanked – down approximately 12% from year–ago levels. That is a big move for the MUVVI; the word “historic” was used to describe the drop. The fall–off in value was driven mostly by a lack of demand and few buyers. Not many dealers are interested in acquiring new inventory when there is a lack of consumer demand and a need to conserve cash. With little wholesale demand, prices fell quickly.

Are used vehicle prices going down?

But here’s the kicker: So far, the monster plunge is in wholesale used-car prices, not retail used car prices. That’s what you, the consumer pays. Traditionally, retail prices follow wholesale prices, a very normal trend, and something we saw clearly during the 2007-09 recession of 2008-09, the last time we had a big dip in the MUVVI. But this time is different. Cox Automotive research indicates retail used-vehicle prices have only dropped 1% from pre-COVID-19 levels.

Don’t miss: Competition ramps up for car leasing customers in a buyer’s market for new cars

Cox Automotive Chief Economist Jonathan Smoke explains. “Traditionally, vehicle prices fall when wholesale prices fall. That’s the normal reaction to a non-temporary decline in demand caused by tightening credit and a worsening recession. But the current view of the situation is that this downturn is temporary. The fact retail prices have been stable shows dealers have not yet had to lower prices to sell the vehicles they’re selling.”

Bottom line: The “pending car-price collapse” has not found its way to a dealership near you. While there are always good deals to be found, vehicle prices in April were not noticeably lower than January or February. Why? Inventory levels.

What does this mean for buying, selling, or trading a used car?

The best time to find a wicked good deal on a used vehicle is when inventory is stacking up. And that’s not happening right now. Dealer traffic is way down, demand has crashed, and sales have tanked, for both new and used vehicles. A measure of shopping activity in early April indicated sales will likely be off more than 50%. With few buyers on the line, a lot of dealers believe the inventory they have today is the inventory they will have two months from now, so they’re not in a hurry to put out the fire-sale signs. Instead, they’re willing to ride out the storm for a while.

Also see: 5 important facts about car insurance no one ever tells you

The same holds true if you’re looking to sell or trade-in your car on a new one. With fully stocked preowned inventories, you’ll not likely get your best offer from a dealership at this point. So that older vehicle you have in your driveway is worth less today than it was in late February, and if you were planning on rolling that vehicle into a new-vehicle purchase, you’ll probably be disappointed.

There’s also the prospect of some sort of Cash for Clunkers rebate program from the federal government that could be used to kick-start sales. If that program comes through, your really old car might be worth more as a Cash for Clunker candidate as opposed to its real fair market value.

What should I do if I need a car now?

Anyone looking to buy a new or used vehicle right now would be smart to consider, if possible, closing the deal without a trade-in. Right now, there are any number of 0% finance programs and payment deferral offers from nearly every major manufacturer. These deals may not last once the economy reopens and pent-up demand is released. There’s some thought that the shutdown in production could lead to some vehicle shortages and less generous offers.

Also read: The pros and cons of buying a certified used car

Because the economic recession caused by COVID-19 is unlike any industry disruption we’ve seen before, it is difficult to forecast with certainty how the market will move. As Chief Economist Smoke noted recently, “It’s hard to predict the future when you have no history to review.” Still, most analysts believe that as the economy reopens, vehicle demand will increase, improving wholesale values. The entire machine will begin moving again.

Hang onto that used car, for now

Perhaps your best bet now is to hang onto that vehicle for now and here’s why. During the 2007-09 recession, wholesale values of used cars dropped significantly, but then fully recovered within seven months. In other words, that vehicle in your driveway that’s worth less right now may be worth far more in October, and selling or trading-in, when the market is strong is a smart move.

No matter your position—buying now or waiting it out—a smart move is keeping tabs on your vehicle’s value here. Check often, especially as you close in on a purchase decision. And since a trade-in is an important part of a vast majority of deals, that’s an important data point to have in your pocket.

This story originally ran on KBB.com.