Home
Stocks
BookWatch: If post-coronavirus hiring practices don’t change, it will be devastating for many workers being laid off now
Prev Article Next Article
This post was originally published on this site

The COVID-19 pandemic and associated economic challenges have made issues of life, death and survival front and center. At some point, though, there will be an economic recovery. Businesses will reopen. Our daily routines will reemerge, although possibly altered from their previous form.

Yet as hiring picks up, many workers who were laid off in the midst of the pandemic may find themselves in challenging employment situations. Perhaps they will only be able to find a part-time job or a job through a temp agency. Maybe they will end up taking a position below their skill level. Others may experience the precariousness of unemployment for an extended period. These workers will be left with employment trajectories that deviate from what employers want: full-time, standard, seamless employment histories.

How will these workers be treated as they try to advance their careers and find new jobs in the years ahead? A real possibility is that employers will screen them out because their work experience doesn’t comply with common conceptions of what a career trajectory should look like.

If we want to avoid that fate, hiring managers, recruiters, and others who review job applications should be explicit about giving these applicants a shot. Companies should consider implementing policies and practices that reduce the use of stereotypes and cognitive shortcuts, similar to those used to root out discrimination by race, gender and other ascriptive characteristics. Standardized and formalized hiring practices with buy-in from managers can be key here. For example, organizations can explicitly remove recent unemployment or part-time work experience from their evaluation rubrics. If a company relies on algorithms to screen resumes, it can ensure that recent employment gaps or nonstandard work experiences do not result in automatic rejection. These shifts could make a powerful difference for workers.

I have spent much of the past decade trying to understand how employers evaluate workers with nonstandard, mismatched, and precarious employment experiences and have found that workers can face severe penalties for employment histories containing part-time work, jobs below their skill level, or long-term unemployment. In a large-scale field experiment, I found that men whose names were likely perceived by employers as white with full-time, standard, seamless employment trajectories received callbacks for jobs 10.4% of the time. That callback rate was cut roughly in half if the applicant had experienced a year of part-time work, skills underutilization (a job well beneath their skill level) or unemployment.

If these pre-COVID-19 patterns are a hint at what the future holds, the consequences for workers could be devastating.

In an attempt to understand why the patterns from the field experiment emerged, I, along with two research assistants, conducted more than 50 in-depth interviews with hiring professionals. The people on the front lines of making these decisions had a lot to say. First, they were clear that they extract meanings from different types of employment experiences. Beyond just concerns about technical skills, hiring professionals discussed how part-time work can heighten concerns about violating “ideal worker” norms of commitment. Unemployment was often construed as sending negative signals about “soft skills” and personality issues.

Discussing why unemployment might be a concern for him, for instance, Bruce (a pseudonym), who hires workers in the restaurant and hospitality industry, noted: “The first thing that really kind of comes to mind is, you know, if this person is a bad employee, if they’re lazy. If they just don’t, you know, care enough to go find another job?”

It’s not just the meanings and signals of divergent employment histories that produces negative evaluations during the hiring process. It’s also the uncertainty. Across hiring professionals and across the discussion of different types of employment experiences, I repeatedly heard something along the lines of: “I always want to know why.” 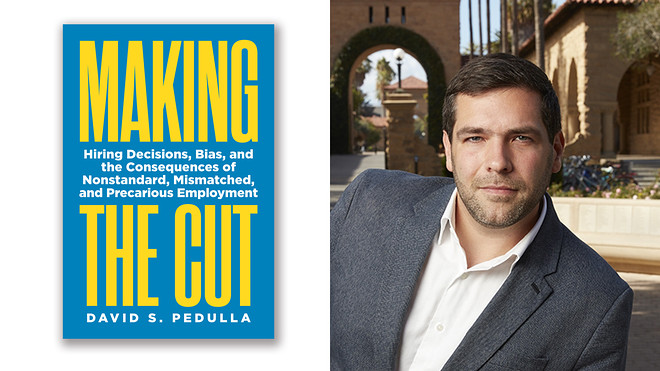 Hiring professionals consistently expressed the need for a narrative. They wanted to have a way to make sense of workers’ nonstandard, mismatched, or precarious work experiences. And rather than turn to the changing nature of work and employment in the United States or the challenges of navigating the uncertain labor market — structural explanations — the onus was placed on workers to explain why their employment experience looks the way it does.

But, explanations are not always easy for workers to provide early on in the hiring process. Some job applications don’t have cover letters or a space to provide such a narrative. And even if they do, hiring professionals are often moving quickly through dozens or even hundreds of applications. Explanations can easily be missed. That’s why the hiring process itself should be altered so that spells of unemployment and underemployment aren’t counted against workers.

As the economy recovers over the coming years, employers are going to miss out on talented, experienced employees if they are not able to shift gears and understand the complex employment histories that will appear on many workers’ resumes. Making meaning of these employment histories by pinning them to the broader economic context — rather than individual-level challenges — and updating company policies and practices to reflect those beliefs will leave both workers and employers better off.

David S. Pedulla is an associate professor of sociology at Stanford University and the author of “Making the Cut: Hiring Decisions, Bias, and the Consequences of Nonstandard, Mismatched, and Precarious Employment”.