Home
Market
Domino's Pizza to join S&P 500, despite pandemic's impact
Prev Article Next Article
This post was originally published on this sitehttps://i-invdn-com.akamaized.net/trkd-images/LYNXMPEG4522W_L.jpg 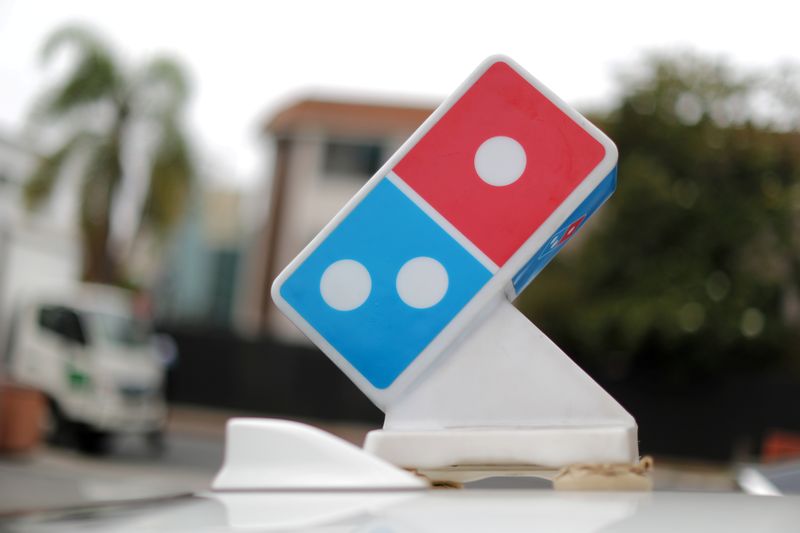 S&P Dow Jones Indices said on Wednesday it is promoting the Ann Arbor, Michigan-based pizza delivery chain from its S&P MidCap 400, one of several changes it announced to its indexes.

While withdrawing its forecast for two- to three-year sales growth, Domino’s said U.S. same-store sales were up 7.1% in late March and much of April, as diners under lockdown ordered home delivery more often.

Shares of companies joining the S&P 500 often rise because many large investors track the index and must buy shares of new entrants. Domino’s is replacing apparel maker Capri Holdings Ltd (N:CPRI) in the S&P 500.

DexCom Inc (O:DXCM), which designs glucose monitoring systems, is also joining the index. It replaces Allergan Plc (N:AGN), which is being acquired by another S&P 500 pharmaceutical company, AbbVie Inc (N:ABBV).