Home
Market
Electric car sales in Europe jump, but still just 4% of market
Prev Article Next Article
This post was originally published on this sitehttps://i-invdn-com.akamaized.net/trkd-images/LYNXMPEG4B1C9_L.jpg 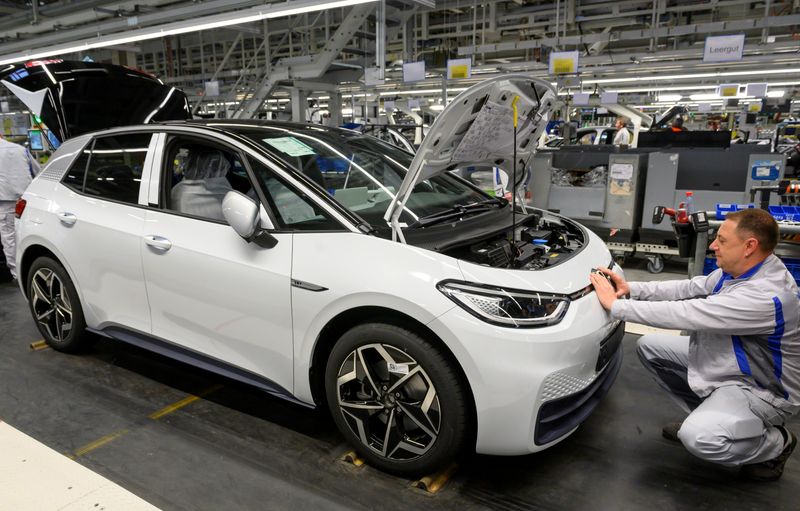 FRANKFURT (Reuters) – Registrations of electric cars in Europe jumped 57.4% in the first quarter of 2020, but still only accounted for 4.3% of total registrations, auto industry data showed on Tuesday, as carmakers struggle to meet tough new anti-pollution rules.

Overall sales of passenger cars in the European Union, United Kingdom and countries of the European Free Trade Association (EFTA) fell by 52.9% in the same period, when many showrooms were closed due to lockdowns to contain the coronavirus pandemic, the ACEA auto association said.

With economies facing deep recessions and consumer confidence plunging, analysts fear it could get harder to persuade drivers to embrace change. Of the 3,054,703 new cars registered in the first three months of the year, 52% were petrol powered and 28% were diesel, the ACEA data showed.

In Germany, Europe’s largest car market, showrooms have been open since late April, but demand is massively down and inventory levels unusually high in what is usually the strongest sales period, German dealership association ZDK said.

Demand is down by at least 50% from a year earlier, according to more than half of the 1,357 dealers polled by ZDK.

Shifting more electric cars will be made harder by the backlog of unsold combustion-engined vehicles.

“There are between 750,000 to 1 million unsold cars sitting in German dealerships, the vast majority of them are conventional petrol and diesel cars,” ZDK spokesman Ulrich Koester said.

Germany extended its lead over Norway in terms of new electric car registrations, with a 63.3% rise. Sales in France jumped 145.6%, while Norway’s declined 12.4%.

Average emissions from new cars should not exceed 95 grams of CO2 per kilometre by 2021. In 2018, the latest year for which statistics are available, the total was 120.4 grams per kilometre, according to the European Environment Agency.

Analysts at PA Consulting have forecast that, based on 2018 fleet average emission levels, manufacturers would need to sell more than 2.5 million extra electric cars, or a sales increase of 1,280% by 2021.

Carmakers are readying new electric and hybrid models to try to meet the targets.

Volkswagen Group (DE:VOWG_p) said in March 2019 it planned to launch almost 70 new electric models by 2028, starting with its ID3 model which is set to hit showrooms in summer.

However, a lack of charging infrastructure will continue to hamper sales, and electric car sales will not overtake petrol and diesel models in the five largest Western European markets until 2030, forecasters at LMC Automotive have said.