Home
Market
Europe Funding Costs Ease Along with Stress in Italian Bonds
Prev Article Next Article
This post was originally published on this sitehttps://i-invdn-com.akamaized.net/news/LYNXMPEB4A0HA_M.jpg 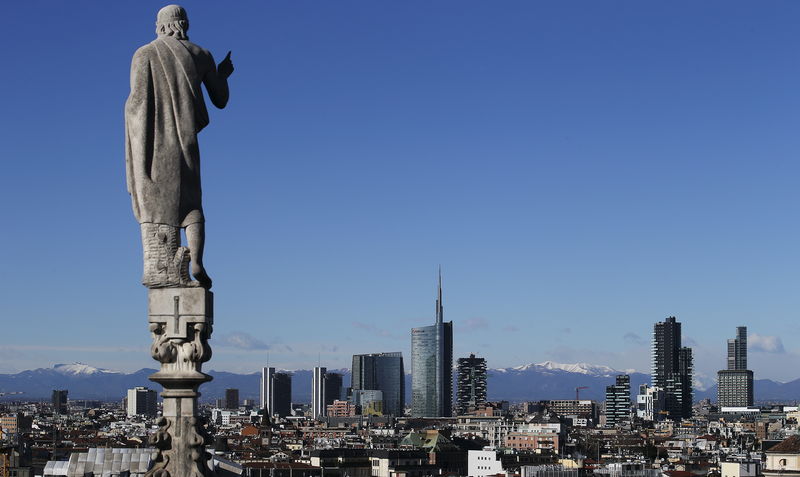 Three-month Euribor, the rate at which banks lend to each other, ended a three-day rising streak on Monday. Funding costs are coming down thanks to the cooling of Italian bond yield spreads, which spiked after the constitutional court threw doubt on the ECB’s pandemic emergency purchase program (PEPP).

Although the link between interbank funding markets and bonds isn’t direct, the court ruling was a blow for Italian banks, who hold significant amounts of so-called BTP government debt and are among the lenders contributing to Euribor, according to Rishi Mishra, an analyst at Futures First.

The June FRA-OIS spread, a gauge for future funding costs, widened modestly, but implies that stress should ease in the near term. Funding costs still remain above the level seen before the central bank expanded its long-term cheap loan program, aimed at bringing them down.

Funding costs will continue to ease if the ECB is able to continue its asset-purchasing program, Mishra said. That doesn’t mean they are on a one-way track downward, given the potential for more tightening if another crisis blows up bond yields again.

“There is much uncertainty about systemic risk in the euro zone so I wouldn’t rule out another flare-up (and therefore Euribor spiking again),” said Antoine Bouvet, a senior rates strategist at ING Groep (AS:INGA) .