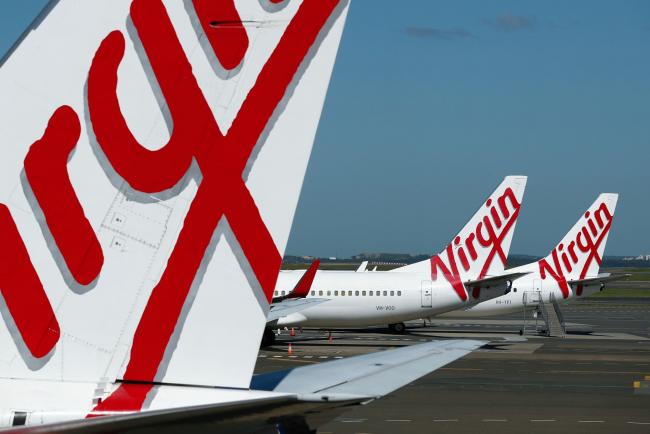 Rahul Bhatia, who owns the Indigo holding through InterGlobe Enterprises Ltd., is evaluating data of the Australian airline founded by Richard Branson and is finalizing a strategy, a person with direct knowledge of the matter said. No decision has been made, the person said, asking not to be identified as the matter was confidential.

IndiGo denied an earlier report it plans to bid for Virgin Australia. The proposal is being prepared by InterGlobe Enterprises, and not by IndiGo, the person said.

Virgin Australia has attracted at least 20 potential buyers as its administrator, Deloitte, races to sell the airline within two months of its collapse. Deloitte is seeking indicative bids by Friday and binding offers in June, targeting a deal by the end of that month.

Virgin Australia collapsed owing A$6.84 billion ($4.5 billion) to more than 10,000 creditors, overwhelmed by a near-halt in revenue as the coronavirus shut down travel.

Virgin Australia reported seven consecutive annual losses before it folded. According to the Australian Financial Review, the Indian proposal aims to relaunch the airline in its original form as a low-cost carrier to return it to profit.

At the time of its first flight from Brisbane to Sydney in 2000, Virgin had just two aircraft and one route. Under Chief Executive Officer John Borghetti, who took over in 2010, the airline transformed itself into a full-service carrier, selling business-class seats across its domestic network. Borghetti went head-to head against his old employer, Qantas Airways Ltd.

The huge investment required for the battle, and a capacity war with Qantas, spawned almost endless losses. Borghetti’s successor Paul Scurrah, who took the helm in 2019, was in the middle of a turnaround plan to reduce debt and costs when the coronavirus emerged and swamped any hopes of a recovery.

A plan to operate Virgin as a low-cost carrier may run into opposition in Australia. Such a strategy would hand almost all the corporate and business-class market to Qantas, which itself owns budget carrier Jetstar. The head of Australia’s competition watchdog, Rod Sims, has already called for Virgin to return as a full-service carrier. The government also said it wants the country to have two competing airlines.

(Updates with Virgin history in the last four paragraphs.)