Home
Stocks
The New York Post: Amazon said to be eyeing further Fairway supermarket locations in N.Y. area
Prev Article Next Article
This post was originally published on this site

Amazon is once again on the prowl for stores owned by bankrupt grocer Fairway Market, the New York Post reported having learned.

After forking over $1.5 million for two of Fairway’s grocery stores in March, the online shopping giant has been kicking the tires at other Fairway locations, including in the Douglaston neighborhood of Queens, in the Long Island town of Westbury and in Harlem, sources were quoted as having told the New York Post.

“Amazon is sniffing around, but nobody knows what their intentions are or what they are doing with the stores they bought,” an owner of an available Fairway store reportedly said.

Only seven of Fairway’s 14 stores were sold at the March bankruptcy auction, including two that went to Amazon — in Woodland Park, N.J., and in Paramus, N.J. The Paramus location was set to close for good on Friday. 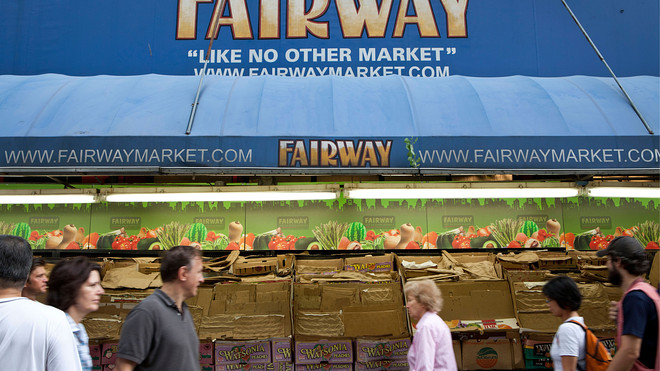 Empty produce boxes were stacked on the sidewalk outside the Fairway Market location on Broadway in Manhattan in August 2011 amid a shopping rush ahead of the forecast landfall of Hurricane Irene.

“We have maintained operations in Paramus following the sale of this location,” Fairway’s chief executive, Abel Porter, said in a statement last week. “The closing of the store will allow us to redeploy our limited resources for the remaining seven locations where we continue operations during the court-supervised auction process.”

From the MarketWatch archives (January 2020):Fairway Market insists it has no plans to liquidate

The Seattle-based online retail behemoth, which acquired the Whole Foods chain for $13.7 billion three years ago, has not divulged its plans for the New Jersey stores except to say that they will be supermarkets.

Meanwhile, Village Supermarket, which bought four of Fairway’s Manhattan stores at the March auction, including its flagship store on the Upper West Side, as well as a store in Pelham, in Westchester County, took over those stores last week.

Amazon did not immediately respond for comment for this story.

A version of this report previously appeared at NYPost.com.