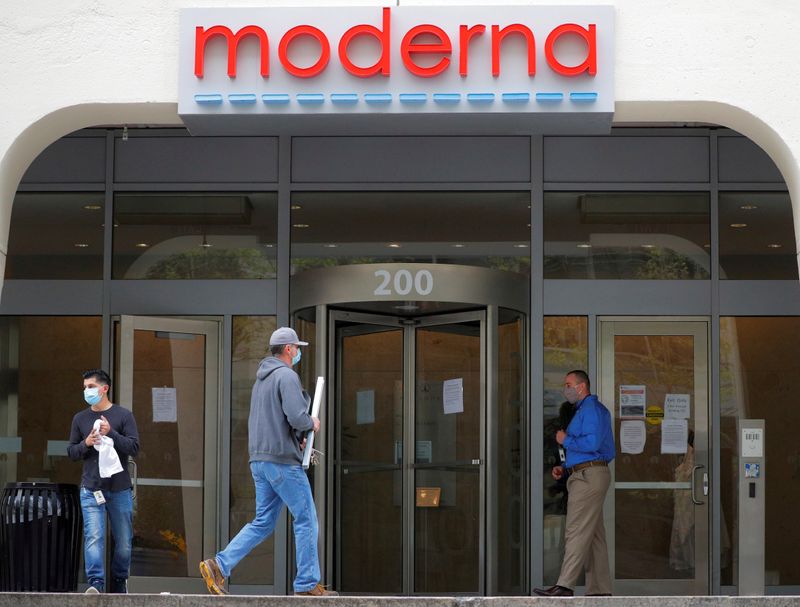 The news publication’s report https:// pulled down shares of the Cambridge, Massachusetts-based biotech and erased modest gains on the benchmark S&P 500 index (SPX).

Moderna said on Monday the vaccine candidate, the first to be tested in the United States, produced protective antibodies in a small group of healthy volunteers.

The news, while based on initial data from just eight people and not intended to assess the vaccine’s efficacy, nevertheless sent Moderna shares up 20% on Monday, and also pushed the broader markets higher.

Stat quoted health experts saying that Moderna had not provided enough data in its news release to judge the vaccine candidate.

– lack of information about the ages of the eight subjects whose antibodies were analyzed, an important question given the virus is particularly lethal to older people

– lack of comment from Moderna’s U.S. government partner on the vaccine, the National Institute for Allergy and Infectious Diseases

– the data is based on early responses to the vaccine, leaving unclear how long any immunity produced by the vaccine might last.

Moderna did not immediately respond to a Reuters’ request for comment.