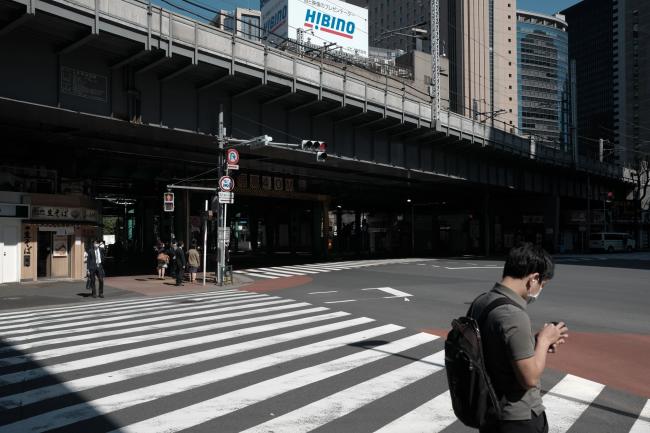 Economy Minister Yasutoshi Nishimura, responsible for the government’s virus response, told reporters Thursday ahead of a meeting of a government advisory panel on the pandemic that it’s appropriate to lift the measure in Osaka and two adjoining prefectures and didn’t suggest lifting it for the Tokyo region.

Prime Minister Shinzo Abe is expected to formalize the decision Thursday after hearing from the panel, Kyodo News reported citing unnamed officials. The emergency declaration would stay in effect for Tokyo and surrounding prefectures, as well as the northern island of Hokkaido, public broadcaster NHK reported.

Japan has seen a steady fall in its new confirmed infections over the past few weeks and has overall numbers for confirmed Covid-19 cases and deaths that rank among the lowest among Group of Seven leading democracies. Abe last week lifted the state of emergency for 39 of the country’s 47 prefectures and it was on track to be removed in all places by, or before, the current planned expiry of May 31.

Lifting the emergency would help re-open more parts of the virus-battered economy, which sank last quarter into a recession, data this week showed. Abe said last week the government was preparing a second extra budget to aid people and businesses reeling from the effects of the pandemic that includes handouts to help with rent, and raises the maximum subsidy for furloughed workers to 15,000 yen ($140) a day.

The troubles for the world’s third-largest economy are likely to deepen further as households limit spending to essentials and companies cut back on investment, production and hiring to stay afloat. Analysts see a 21.5% contraction this quarter, a record for official data going back to 1955.

Tokyo, neighboring Kanagawa and Hokkaido were slightly above the government threshold of 0.5 new cases per 100,000 people in a week, Kyodo reported, and were on a trajectory to be under the threshold before the end of the month.

The state of emergency, first declared in some areas on April 6, allows local governments to direct businesses to close and to urge residents to stay in their homes, though there are no penalties for failure to comply.